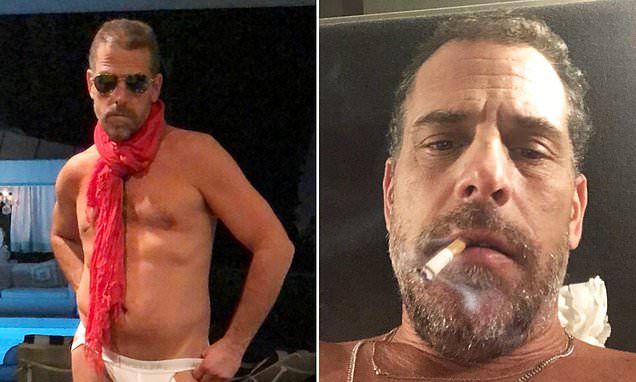 You might have noticed that the media has sort of taken a little interest in the Hunter Biden debacle.

DOJ Will Take Action Against Hunter Biden Within 2 Months: Representative

Is the clock finally running out on Hunter Biden?

Hunter Biden’s marriage to Melissa Cohen is on the rocks

After smothering the story for a few years, why is their curiosity piqued now?

Because they know it’s going to amount to nothing. There is a reason the DOJ is leaking, and it has specifically to do with the calendar, and more specifically it has to do with the midterm elections. The answer is in the piece I wrote last year about the weasel who changed the outcome of the 2020 election and here it is:

Weiss, however, decided to delay taking any actions that were likely to make the existence of the Hunter Biden probe public. Concerns about affecting the presidential election loomed large when Weiss entertained arguments about advancing the probe, according to the person involved in the discussions. No matter what he did, the decision was sure to come under scrutiny for signs of politicization.

The pattern has been made clear. Just like in 2020, this investigation is going to largely disappear under the timely aegis of it possibly affecting the midterm elections. That’s why they seem to come to a head in the months prior to elections. It gives the left-wing DOJ and state Attorneys General the excuse to bury issues inconvenient for democrats. At some later date CNN or MSNBC will publish an article in which you see something like

One of Paul Manafort’s convictions was, take a guess

This is the asinine article from which that came:

Why is it asinine? The guy who hired Manafort is Tony Podesta. Podesta had his FARA violation case dropped. Tony Podesta is the brother of John Podesta. That name might sound familiar as he ran Hillary Clinton’s Presidential campaign. It is commonly said that there are two tiers of justice- one for democrats and another for the rest of us. James Comey made sure it happened.

I predict (and no one would be happier I am wrong than me) that Hunter Biden will slide on his tax evasion because a sugar daddy paid his overdue bill. He will be charged with violation of the FARA (Foreign Agent Registration Act), plead guilty to a sweetheart deal and pay a nominal fine.

The DOJ has had Biden’s laptop since 2019. They’re had far more than enough time to make a case but they dragged their asses to assure that it could be snuffed under the banner of ethics. You don’t really think that that a**hole Merrick Garland, who won’t protect conservative justices or prosecute Hunter for firearms violations, is going to prosecute Hunter now?