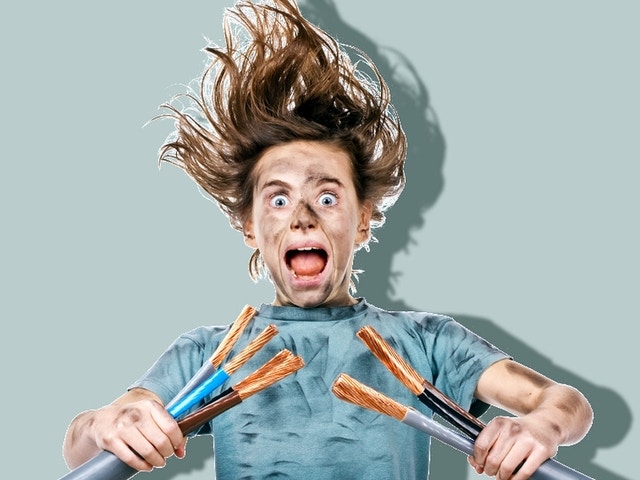 You have to hand to the Biden regime. Once they seize upon a theme, they stick with it, logical or not.  This unserious regime believes that it is better for the environment for someone else to drill oil halfway around the planet, diesel-truck it to ships, sail those diesel-powered ships around the world to US ports and diesel-truck it to refineries. Somehow, that has less impact on world climate than does drilling for it here and sending it to refineries through clean pipelines.

They’re applying that same logic to electric vehicles. As long as you don’t see where it all comes from and don’t know the facts, it will save the world. Got it?

Department of Transportation Secretary Pete Buttigieg was once again blasted for pushing for electric vehicles on Tuesday, this time for saying, “The more pain” Americans feel at the pump, “the more benefit there is for” EV owners.

What is the average cost of an electric vehicle? About $51,000. Everyone can afford that, right? Were Buttigieg Secretary of HUD he’d be saying to homeless people “Just go buy a house.”

How much oil is there in electric vehicles? There is about 775 pounds of oil in the form of petrochemicals, i.e., plastics and polymers.

How much fossil fuel does it take to recharge an electric car? It takes about 70 pounds of coal or 8 gallons of oil. An EV still emits about 40% of the CO2 of a typical ICE (internal combustion engine).

What is the average range of an EV? About 200 miles.

How long does it take to charge an EV? Between 1 and 31 hours. Car and Driver:

Recharging an EV battery with a 120-volt source—these are categorized as Level 1 according to SAE J1772, a standard that engineers use to design EVs—is measured in days, not hours.

If you own, or plan to own, an EV you’ll be wise to consider having a Level 2—240 volts, minimum—charging solution installed in your home. A typical Level 2 connection is 240 volts and 40 amps.

And that Level 3 charger? The really fast one?

When the vehicle battery’s SoC is below 20 percent or above 80 percent, a DC fast charger’s charging rate slows considerably; this optimizes battery life and limits the risk of overcharging. This is why, for example, manufacturers often claim that fast-charging will get you to “80 percent in 30 minutes.”

That last 20 percent may double the time you’re hooked up to the fast charger. The time-consuming affair of completely filling the battery via a DC charger makes them best utilized on those days when you have anxiety about exceeding the range of your car, or when you are traveling and need to fill-up to reach your destination.

Still thinking about that long road trip?  Best not get caught in a snowstorm as was seen in DC last winter. Sen. Tim Kaine was stuck for 27 hours. Fortunately for him he was driving an ICE. An EV would have become a monument.

THE fastest time to recharge is 30 minutes, and that’s not to full capacity. That means you are standing for at least 30 minutes at a time to recharge. Then you have to consider the queue. Imagine four or five EV’s ahead of you each requiring an hour to recharge. Biden said he was going to place a charging station every 50 miles on interstates. Given how long it takes to charge an EV these stations will make for rich target environment for assaults and robberies.

And the big one- can the electrical grid handle all this? The short answer is no but in two parts. First, the bad

But even if the total number of EVs in the US remains low, a high concentration of adoption in specific neighborhoods can “significantly increase the peak demand seen by distribution transformers” and can “require upgrades to the electricity distribution infrastructure,” the paper notes.

Muratori simulated the changes in electrical demand using data from the US Department of Energy’s Residential Energy Consumption Survey. He selected 200 representative houses with 348 passenger vehicles in the Midwest. In aggregate, increased electricity demand was sustainable up to 25-percent EV penetration, as long as you were only counting in terms of kilowatt hours of electricity consumed and assumed all charging was happening at night.

But when Muratori studied more local scenarios, heavy demand was more concerning. The researcher simulated “a residential distribution transformer connected to six households” with 11 vehicles total. The transformer could handle up to six electric cars charging with Level 1 charging, but the simulated transformer saw demand in excess of its nominal capacity as soon as one EV with Level 2 charging was added to the neighborhood.

While electrical transformers are built to withstand such temporary surges in electrical demand, Muratori cites research that shows the expected life of transformer equipment can decrease “by two orders of magnitude when a transformer hits ’50 percent above its nominal capacity.'” While you wouldn’t necessarily have a blown-fuse scenario, the research shows that utilities may soon face a choice of either upgrading the equipment or having to replace existing hardware more often.

One EV with a Level 2 charger is the max load for the average street. One.

From where is the electricity for all these vehicles coming? For charging stations: 40% natural gas, 19% coal, wind 8%, hydro 75 and nuclear 20%.

From where are the EV batteries coming? China

Who controls the market for lithium and cobalt? China and China. The price of lithium is becoming “insane”, according to Elon Musk, and that will be translated into a price increase.

The very climate we’re ostensibly trying to save affects one’s ability to charge an EV.

On July 13, Tesla owners in Texas received messages that asked them to avoid charging their cars between the hours of 3 to 8 p.m., if possible:

“A heatwave is expected to impact the grid in Texas over the next few days. The grid operator recommends to avoid charging during peak hours between 3 p.m. and 8 p.m., if possible, to help statewide efforts to manage demand.”

The increase in temperature in Texas will cause residents to increase the usage of air conditioning systems, which will increase energy usage and put more stress on the grid. The hottest hours will occur between 3 and 8 p.m., and owners are advised to charge their cars during the other 19 hours of the day to manage the load of demand for energy the grid will experience during those times.

California is staring at rolling blackouts because its renewable resources are insufficient for peak demands- but making up for the shortcoming means tapping “gas-fired power plants and add backup generators fueled by diesel.” Never mind charging tens of thousands of EV’s with Level 2 chargers.

The practicality isn’t there. The energy isn’t there. The infrastructure isn’t there. The facts do not support what Buttigieg and Biden assert. EV’s for everyone is a long way off and it doesn’t solve the climate problem, whatever that is. Like everything else the Biden regime says, it sounds great until you know the facts.

Two young women on my block have been looking to move.
They have a Tesla.
They want to be in a condo.
Guess again if you think for one second a condo association will agree to spread their bill to charge their car (in a common garage) over all the condo owners.
No, not one condo assoc has agreed to do that for them.

The reason they are looking to move is that, in their own garage, they have to foot the bill to recharge their car all out of their own pockets!
They think others should share the load!

That does not matter as long as voting machines are still in use.

Wait… what? I thought electricity just happened, magically showing up whenever you need it. No?

2
Reply
kitt
Reply to  Deplorable Me

It just doesnt happen silly, you have to use the outlet and plug stuff in you know like a lamp cord.
Geeze I suppose you think that groceries just grow in the fridge and cupboards.
Everyone knows they grow in the grocery store and larger gas stations.
Did you get that generator yet?
Better let the wife help so it matches the decor in the house 🙂

Practicality varies, depending on each individual’s location and driving requirements. Neither gas nor electric is a universal best choice.

How much time do you have?
https://www.youtube.com/watch?v=xthBUeymMJA

Local Chevy dealer has a whole lineup of Bolts (an EV) parked in a separate parking lot away from everything else. They are know to catch fire. I guess it’s today’s definition of a hot car.

07/22/22: Biden has ALWAYS admitted he and those we works for are intentionally raising gas prices so they can force everyone to buy EVs

“[When] it comes to the gas prices, we’re going through an incredible transition that is taking place that, God willing, when it’s over, we’ll be stronger and the world will be stronger and less reliant on fossil fuels when this is over,” Biden said. It was a mistake since, although running prices for fossil fuel-generated energy higher has always been part of the plan for Biden’s Green New Deal energy policies, admitting it aloud in public was not supposed to be part of the messaging.

As intended. The WEF/Left is merely replacing one energy cabal with their own.

Some inconvenient truths to unmask the Leftist energy goons:

EVs are NOT cheaper to drive, nor are they much cleaner.

The fascist push to bypass the free market and force consumers to own EVs is…well…wrong.

There’s an article in the Seattle Times today that is most entertaining. The writer is in despair over lack of action by congress against Climate Change. Meanwhile, Barack Obama is so worried about the oceans rising that he is building his second beachfront mansion, this one is in Hawaii.

0
Reply
Deplorable Me
Reply to  Meremortal