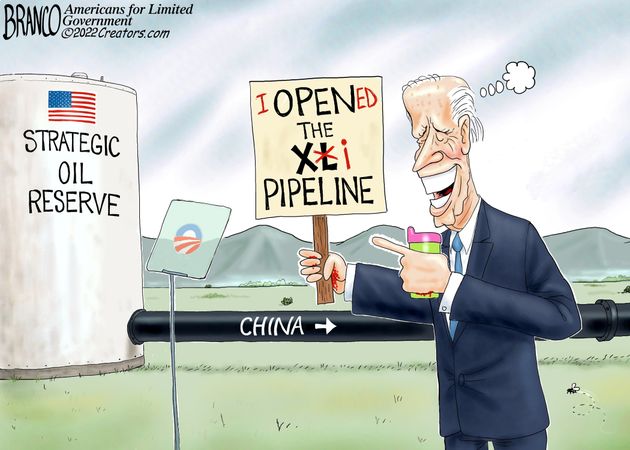 Welcome back to Day 542 of the Brandon* occupation! Before we jump to the current insanity let’s jump into The Wayback Machine to last month

Don’t read this unless you’re ready to be depressed. This is another front in The Radical Left’s #WarOnChildhood

I don’t see our society going the way of the UK and a victimhood culture, as this article sees as a slim possibility. I’m thinking more on the line of vigilantiism and bodies of criminals disappearing rather than calling the police. Neith outcome is good for anyone.

7/9 – E-Vehicles Are Like Covid Vaccines: Sold To Public Based On Wildly Unrealistic Exaggerations

I wish I could remember who said this, but I’m reminded of the comment, “Socialism is the Axe Body Spray of ideologies. It never works as advertised and is usually favored by people too young to know any better”

7/9 – Why Exactly Do Babies and Toddlers Need COVID Jabs?

Our next chapter in The War on Children

Canadiens everywhere: “Justin Castreau, you’ve done a great job of p*ssing off our truckers. What vital industry is next?”

Friendly advice to The Radical Left: You might want to pause for a moment and think about where your actions are leading. It’s not a place where any of us, you especially, want to go.

Dennis Prager brings both barrels in a must read piece.

Scroll down a little bit to “How a Normal Person Gets Radicalized.” The Radical Left has brought this on themselves.

For any new readers, you no doubt know Occam’s Razor: “Never attribute to malice that which can be explained by stupidity.”

The last few years have led me to form Brother Bob’s Razor: “Never attribute to political stupidity that which can be explained by pure malice.”

My son, Robert Morss, is the J6 inmate Julie Kelly writes about in her recent article. After a visit from his attorney on Wednesday, Robert endured emotional, physical, and sexual abuse. I worry terribly for his safety. https://t.co/7qrR46Gvgs

This is extinction-level goth insanity. Himmler must be dancing a jig in hell under his beloved Black Sun, knowing we’re watching this stuff up here.

And people wonder why there are culture wars.

Hunter on the hunt at The White House… 😂 pic.twitter.com/3eHJ73p04p

What Patriot did this? 😂 pic.twitter.com/QRAtSlOaZn

I think that “Blowing the game” would be a better descriptor

In the socialist New World Order, there’s no time for such bourgeois concepts as “happiness”, nor will there be any reason for it.

People have every opportunity to see the true nature of the left, leftists and leftism. They CHOOSE this garbage. They ARE stupid in that they believe the vast majority does not understand their motives.

Well, that IS true… in a socialist world. Capitalism, however, provides both plenty of food and the desire to produce it.

Perhaps we have been transported to the Bizarro world where everything is the opposite of reality? These leftists seem to only pursue what is the OPPOSITE of what is right and just.

7/9 – E-Vehicles Are Like Covid Vaccines: Sold To Public Based On Wildly Unrealistic Exaggerations

The only way EV’s are currently viable is when the owner lives in a city and everything is close… which should be covered with public transit. My daughter and son in law got a Tesla for her to go to work in, which is well within the vehicle’s range. It works out well for them, but it is not a good solution for most.

7/9 – Why Exactly Do Babies and Toddlers Need COVID Jabs?

So idiot Biden, Fauci and all the other crooks can still get their kickbacks. The current version of the vaccine is worthless against the variants (just ask Fauchi). If they aren’t working on a vaccine more like the flu vaccines, this regime is being grossly negligent.

I keep believing that for those so dumb that they consider liberalism in the first place, the only cure for that is liberalism itself. While that is an absolute fact, it is getting to the point where that cure is getting people killed and may reach the point that the results are irreversible.

If there ARE any rules, why hasn’t the world held China accountable for the human and economic costs of their COVID leak?

This should generate a huge lawsuit, which of course, the taxpayers will foot the bill for. The vaccine is no longer effective against the variants and could be harmful to young, healthy people. This is the totalitarian police state stupidity that Democrats want to be the law of the land.

When asked if she thought posting bounties on SCOTUS Justices was going a bit too far, Wahoo Warren couldn’t even muster an answer, fearing looking stupid or offending her violent fascist supporters. One of the Justices will have to be attacked, hurt or killed before the left will draw back, and then they will only attack the weapon, not their inciting of the incident.

First… $3 for a bag of chips?!? Yeah, she’s an idiot Biden voter. Probably multiple times. Anyone that will get her boyfriend killed for a bag of chips is very susceptible to bribes to participate in voter fraud. Has she demanded the government get her a new n***a yet?

I don’t think your views should be formed for spite, though due to the behavior of the left and their endorsement of human sacrifice up to and beyond the moment of birth, I don’t care if abortion is ever available to anyone. Likewise, I don’t care about gay/trans “rights” because they don’t care about any of my rights. Now, if the outrageous behavior of those you once agreed with causes you (or me) to introspect and reevaluate, that’s a healthy process.

Wind and solar are simply not the future. They are nice supplements or something to use in remote, isolated areas, but they can’t replace fossil or nuclear fuels. Please, God, let us learn from the stupid mistakes of others.

One of the Justices will have to be attacked, hurt or killed before the left will draw back, and then they will only attack the weapon, not their inciting of the incident.

There won’t be – that will only embolden them. Because Leftists are not moral people and will not be punished for their actions (Soros prosecutor / DC jury), they will see a formula for success and build on it. The only way Leftists stop is when their behavior is used against them. The phrase “Both sides need to stop” is leftspeak for “stop emulating our bad behavior. We don’t like it when we’re treated the way we treat others”. We’re getting to the point where there actions are leading us to a place that nobody, left or right, wants to go

If you are 73 and have bad hips, get an elevator, dont wear high heels when using the staircase RIP IVANVA
Close Family good kids you have left a fine legacy.