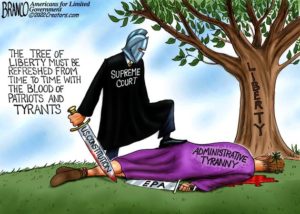 Welcome back to Day 535 of the Let’s Go Brandon* occupation! No shortage of Leftists insanity, so let’s get to it:

Judging from the graphic at the top of the article, this advice was not intended for us Normals. But that doesn’t mean we can’t use it.

The State Department’s top enemy seems to be the Western country working the hardest to maintain its independence and culture. If only they woudl apply the same across The Middle East.

6/30 – The Left Killed the Pro-Choice Coalition

The Radical Left can only blame itself. It won’t of course, but it would be wise to do so.

…until said practices happen around teh homes of CNN employees. Seriously CNN, this is a toothpaste tube you don’t want to squeeze.

7/2 – Our Green Energy Future? Australians to be Hit with Shock Electricity Price Rises

7/3 – Back to black: Czech Republic to extend coal mining amid high demand

And a very different possible future. Do we chhose prosperity or Climastrology cult driven poverty?

7/4 – Why Not Overturn Obergefell?

Not my top priority, but if this helps distract The Radical Left from their efforts to mutilate and/or rape our kids I’m cool with  it.

7/4 – THE COLUMN: Winter and the Fourth of July

Having lived in Delaware for a few years, this excerpt gaurateed Michael Walsh’s post a slot here.

We can’t say we weren’t warned: in 2020, even before he took office, Biden warned of a “dark winter” ahead. Little did we know he meant that all four years of his term would bristle with defeatism, misery, and death, like Delaware but on a grand scale.

7/5 – The Radicals in Green Hats at the Dobbs Protests

Not the buggest story, but one that we shouldn’t ignore, either.

Remember, it was The Radical Left and the Vichy Republicans who assured us that Merrick Garland would have been some kind of Moderate had he made it to the Supreme Court.

7/7 – One thing Orwell never contemplated was Big Brother accidentally losing control over all the telescreens to a bored 14-year-old in Missouri.

That’s not the actual headline, and it wasn’t an actual kid from the US, but possibly the equivalent. The link is just to one particularly interesting story in a tech roundup.

ICYMI – I asked the question, “Why Do Leftists Choose Misery?”

Shouldn’t you be worried about California? pic.twitter.com/etzKfZ9OQs

You mean Feds pretending to be the new Klan? https://t.co/EHoLPzsj0p

I think you blew it