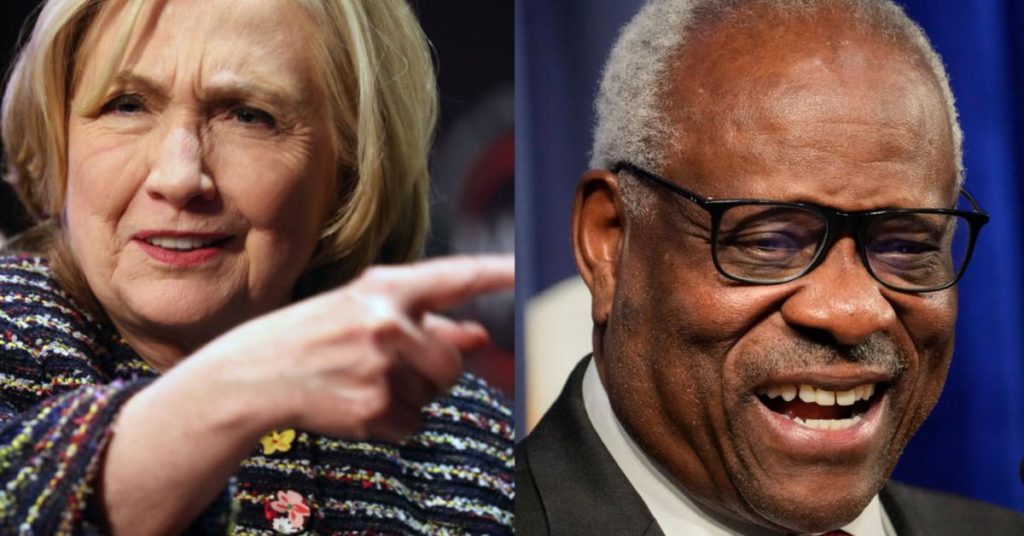 Hillary Clinton is a truly ugly person. She was the architect of the Russian collusion accusation plot against Donald Trump, a plot created to distract the country from her abuse of intelligence and her emails. It put the country through years of unnecessary pain. Clinton condemned half of the country as “deplorable.” This time, she puts her devious nature to work against one on the finest Americans alive today- Clarence Thomas.

Without a doubt, Clinton solicited Gayle King to conduct an interview with Clinton on CBS Mornings as a vehicle for impeaching Thomas. In the exchange the harridan claimed:

“I went to law school with him. He’s been a person of grievance for as long as I have known him,” Clinton said Tuesday during an interview on “CBS This Morning” with Gayle King. “Resentment, grievance, anger,” she added.

.@HillaryClinton: "I went to law school with [Justice Thomas]. He’s been a person of grievance for as long as I have known him — resentment, grievance, anger … Women are going to die, Gayle. Women will die.” pic.twitter.com/nUGWGFVJ3m

“For as long as I have known him.”

One wonders how much time Thomas and Clinton have spent together over the last five decades. Her vicious acerbic smear of Thomas, while wholly characteristic of her, is at stark contrast with the experience of those who actually know Thomas. SCOTUS Justice Sonia Sotomayor, who really is a colleague of Thomas, could hardly be more complimentary:

Supreme Court Justice Sonia Sotomayor appeared for a public speech at the American Constitution Society on Thursday, and showered a conservative coworker with praise.

Sotomayor, often thought as one of the most liberal justices on the nation’s highest court, attended a conference put on by the ACS. She took the opportunity to speak highly of Justice Clarence Thomas, her conservative colleague.

Sotomayor called Thomas her “friend” and spoke at length about his “kindness” and “care” for the people in the court.

“I suspect I have probably disagreed with him more than with any other justice, that we have not joined each other’s opinions more than anybody else,” said Sotomayor. “He is a man who cares deeply about the court as an institution, about the people who work there.”

“He has a very different vision than I do about how to help people … and about their responsibilities to help themselves,” Sotomayor said at an event hosted by the American Constitution Society. “I have often said to people that Justice Thomas believes that every person can pull themselves up by their bootstraps. I believe that some people can’t get to their bootstraps without help – they need someone to help them lift their foot up so that they can reach.”

But she added that the two share a “common understanding about people and kindness.”

Thomas was close to Ruth Bader Ginsburg as well. 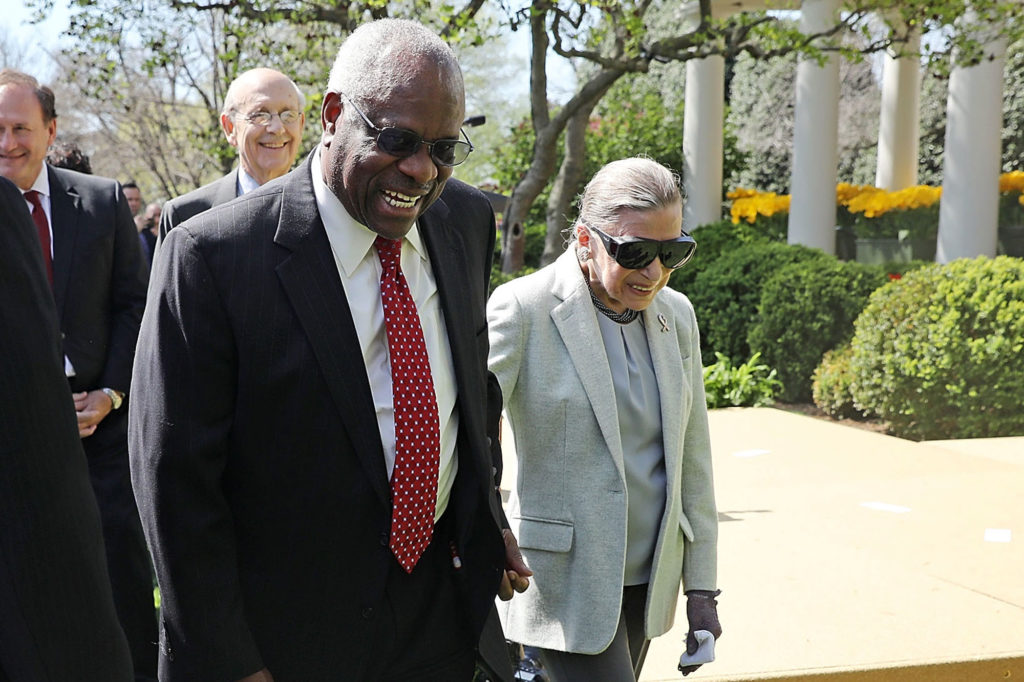 Justice Clarence Thomas didn’t always agree with his late colleague Justice Ruth Bader Ginsburg — but he says she was “simply a joy” to be around, both in and out of the office.

“I found her knowledgeable, thorough, and delightful,” Thomas, 72, writes in a new remembrance of Ginsburg for the The Supreme Court Historical Society.

“Justice Ginsburg and I often disagreed, but at no time during our long tenure together were we disagreeable with each other,” Thomas, a conservative, writes. “She placed a premium on civility and respect.”

The picture Clinton paints is mean spirited and false. Hillary Clinton has a history of gross mendacity and is the author of the worst political conspiracy in American history. Someone can remind me how many people have died while in the Clinton orbit.