Liberal Insanity – Hey, Lets Get Rid of All Our Guns! 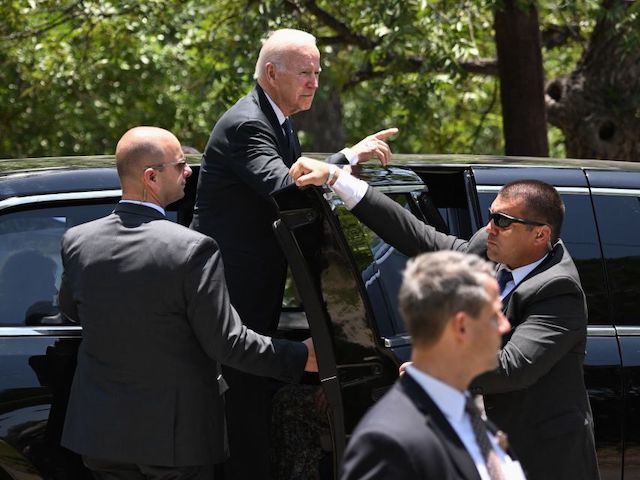 I told my wife that I was going to write an article about getting rid of all guns.  She looked at me, rolled her eyes and said, “You’re just going to be sarcastic!” I told her, “You know I am.”  The Second Amendment of the Constitution seems pretty clear on the topic of gun ownership:  “A well regulated Militia, being necessary to the security of a free State, the right of people to keep and bear arms, shall not be infringed.”   However, I am a reasonable man and would consider getting rid of all guns under certain conditions.

Condition 1:  Someone must take the nuclear codes away from Biden.  Seriously, “Darth” Biden is suddenly concerned about gun violence and yet he has the means to accidentally nuke North Korea into oblivion with the push of a button.  Apparently, no one sees a problem with a senile, cognitively impaired, octogenarian (80 this November) with anger issues wandering around a fake Oval Office.  Biden reads instructions from a teleprompter the size of an aircraft carrier, sincerely believes that 81 million people voted for him in 2020 and yells profanity at his staff because his poll numbers are lower than whale sh*t at the bottom of the ocean. What is wrong with that dude?

Condition 2:  All of the bad guys must give up their guns.  Seriously, bad guys are gunning down people at a rapid pace.  Over Memorial Day weekend (2022) 51 people were shot and 9 were killed in the city of Chicago alone. (crickets from the lamestream media)  Chicago’s new motto is:  “Come to Chicago for the pizza.  Stay because you were murdered!”

We used to rely on the police to protect us but unbridled crime is outpacing even their heroic efforts. Unfortunately, our thin blue line of defenders is getting even thinner.  The police have been defunded, demoralized, defamed, humiliated, and killed in the line of duty.  Who you gonna call when the police are gone?  As long as the bad guys have Uzis, a lust to kill and nothing to lose, citizens must step up and do whatever is needed to protect their own families.

Condition 3:  Politicians must give up their guns. It doesn’t seem fair that politicians in Washington DC demand that we give up our weapons and yet they are protected by guns and exempt themselves from the laws that they pass.  They consider their lives valuable and some live in gated communities protected by armed security guards.  Those weasels construct barricades around the Capital, hide hide like rabbits behind concertina wire and then throw rocks at us peons for legally owning guns to protect our loved ones.  They are hypocrites.

Condition 4:  All liberals must give up their guns.  No liberal should own a gun.  They probably wouldn’t know how to use one and the attacker would just laugh at them anyway.  When confronted by an armed assailant a Liberal would suffer paralysis by analysis and hesitate to pull the trigger:  “I don’t want to hurt him.” “Maybe I can talk the dude out of shooting me.”  “Maybe I can shoot him in the leg.” “Maybe if I put down my gun the bad dude would put down his.”  “The bad dude is not really bad.  He’s probably poor, misunderstood and was bullied as a teenager.”  “Maybe he needs a hug.”  “Maybe we shouldn’t have defunded the police.  Where are they…at the donut shop?”

A conservative in the same scenario would empty a magazine of bullets at the bad dude, reload, look for accomplices and hand his wife an extra gun, “just in case things go sideways.”

The world is full of angry, demented, evil, mentally sick monsters who kill innocent people in a pathological rage.  DO NOT penalize the good, honest, law abiding citizens for owning guns to protect us from those sadistic killers!

We will give up our guns when hell freezes over.