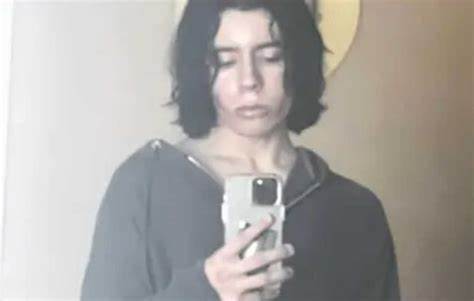 One of the very first things that social media outlets do following a murder or bombing or mass shooting is to delete the account of the alleged perpetrator.

That is a mistake.

Salvador Ramos threatened teens on the teen app Yubo. He telegraphed his intentions:

Mass murderer Salvador Ramos boasted of buying a gun and said some people “deserved to be raped” on the teen app Yubo, where users nicknamed him “school shooter”– even before Tuesday’s massacre in Uvalde, Texas. It was unclear how long before Ramos slaughtered 21 people, including 19 kids inside Robb Elementary School that he was given the chilling nickname, Sky News reported.

“He was given the nickname ‘Yubo’s school shooter,’ ” one unidentified 17-year-old girl who uses the platform told the outlet. “People would join … be like, ‘Oh, hey, look it’s Yubo’s school shooter,’” said the 17-year-old, adding, “He never tried to shut down that nickname, he seemed almost proud of it, you know.” Ramos also bragged about buying a gun and in one audio chatroom said people deserved “to get raped,” according to the report.

Sky News examined his social media activity and wrote that Ramos appeared to be a “socially isolated young man who appears to have violent fantasies of revenge”.

“Yubo’s school shooter.” It doesn’t get any more obvious or clear than that.  Yubo deleted the account and it’s the wrong thing to do.

It is proper to freeze accounts that violate terms of usage but they should remain visible. Social media is very frequently the vehicle upon which a trail of intention crumbs is left. Leaving them visible has a purpose and it is one of education. First, anyone threatening children or schools (or any other maniacal threats) should be reported to authorities for cross-referencing on the NICS database for weapons purchasing. If said persons have purchased weapons local LEO’s should be promptly dispatched to pay a visit. Unfortunately this would only be as good as the local cops are. Clarence Dupnik let Jared Loughner slide and Gabby Giffords was shot as a consequence. The FBI didn’t take Nikolas Cruz seriously and he went to kill 17 people.

It has to get better.

Using the accounts of killers, kids should be taught of what to be aware and to report any similar encounters on social media to parents and teachers. Interception of potentially lethal plans is highly appropriate and a reachable goal. These tragedies can be turned into life-saving tools.

I’ve said this multiple times and I repeat it- applicants for weapons should undergo a properly adjudicated psychological evaluation. I also think that anyone proven to have made a threat against a school or children should forfeit permanently the right to own weapons.

It’s not the weapons which are at fault.