The signs were there. They’re almost always there. No one was paying attention. 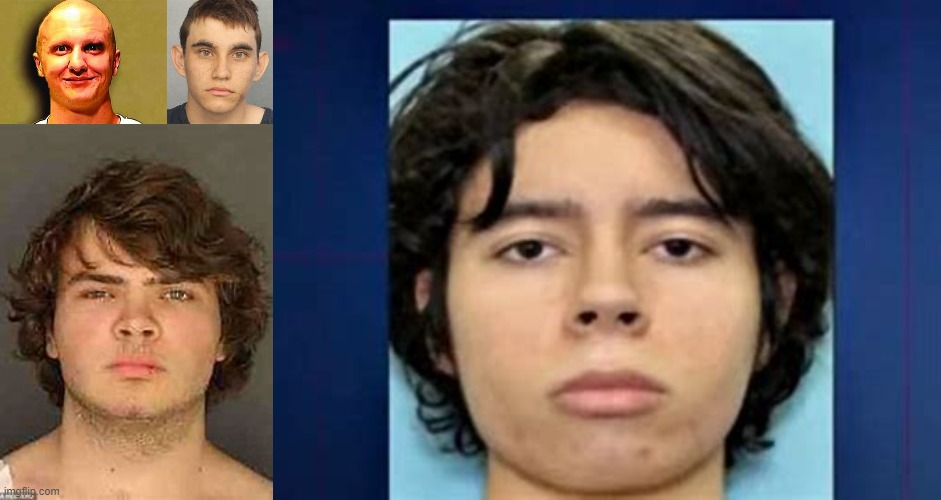 Their stories are all the same.

They committed terrible crimes exacting unimaginable pain and loss. All were preventable had someone taken their job seriously.

Nikolas Cruz posted “Im going to be a professional school shooter” on YouTube.  The FBI was tipped off.

A person close to Cruz warned the FBI last month that he had a “desire to kill people” and could carry out a school shooting, the FBI admitted on Friday. The agency failed to act on the tip.

The FBI was also warned about Cruz after he posted on YouTube saying he was going to become a “professional school shooter.” The agency said they couldn’t identify the user who made the threat, despite Cruz posting under his own name.

The local cops were summoned to the Cruz home 39 times. Barack Obama was an enabler of Cruz. To keep minority kids out of jail he mandated that criminal referrals from schools be limited.

The demand for an answer to that question has focused attention on Broward County Public Schools policies embraced by the Obama administration that were designed to help rule-breaking students avoid permanent blots on their records by reducing referrals to law enforcement.

Payton Gendron, 18, who has been charged with murder over the attack, had previously threatened to shoot up his high school and was taken into custody for a mental health evaluation, an anonymous law enforcement source told The Associated Press.

In 2021, the then-17-year-old talked about committing a shooting at Susquehanna Valley Central High School in Broome County, New York.

Gendron left a trail on social media about his plans. They still let him have weapons.

Salvador Ramos wasn’t right in the head and was known to police. He also left a trail:

Just hours before the killings took place, Ramos had messaged an acquaintance on Instagram telling her he had a ‘lil secret’ he wanted to share, after earlier tagging her in a photo of two guns he bought himself on his 18th birthday. His TikTok account also featured a short user bio that read: ‘Kids Be Scared.’

Neighbors and classmates say his behavior spiraled into the bizarre and macabre as he entered his later teenage years, with one friend telling Good Morning America: ‘He had scars on his face and someone asked him, ‘Are you ok?’ and he just said with a smile ‘I did it myself, I liked how it looked.’

He began dressing in dark clothes and military boots and used his BB gun to target random people, one local claimed.

‘Ima do something to her rn [right now]’ wrote Ramos in a message at 11.10am Texas time. He added a few minutes later: ‘She’s on the phone with AT&T abojt [sic] my phone…It’s annoying’.

At 11.21am he wrote ‘I just shot my grandma in her head’ and added in his final message: ‘Ima go shoot up a elementary school.’

None of these young people should have been able to buy a gun. Families always profess shock and surprise but never seem to pay attention to the trails of crumbs being left along the way.

And yes, democrats absolutely love mass shootings. Sen. Chris Murphy (D-CT), one of the dimmest lights in the Senate, seizes on these events to draw attention to himself.

“I’m here on this floor to beg, to literally get down on my hands and knees and beg my colleagues, find a path forward here. Work with us to find a way to pass laws that make this less likely.”

Let’s not pretend that democrats care about the safety of children. They do not care when children die one or two at a time. They only profess to care when there is a mass shooting.

In 2021 through September, 21 children died from gunfire in New York. Not one word from Murphy, Schumer or any other dem. In 2021 more children died in gunfire in Chicago than died from COVID- 261 of them. 261 is truly mass murder but no democrat is interested. Nothing is made of it. There are no grand displays of public sorrow. When children are killed one at a time, fundraising is not nearly as robust as when a mass shooting occurs.

So don’t fall for the crocodile tears. It’s not about safety. To them it’s about money. They won’t be taking weapons from the criminals. They’ll take them from law abiding citizens. It’s low hanging fruit.

There are preventative measures that could be taken.

Every one of the above left a trail- hints as to future behavior. We collectively need to pay attention.

We can’t end this discussion without noting the remarks from that insufferable ass Barack Obama, who compared the loss of those 19 children and two teachers to the loss of a career criminal:

“As we grieve the children of Uvalde today, we should take time to recognize that two years have passed since the murder of George Floyd under the knee of a police officer.” Obama tweeted. “His killing stays with us all to this day, especially those who loved him.”

The narcissistic king of inequality once again proves what a tone deaf moron he is.