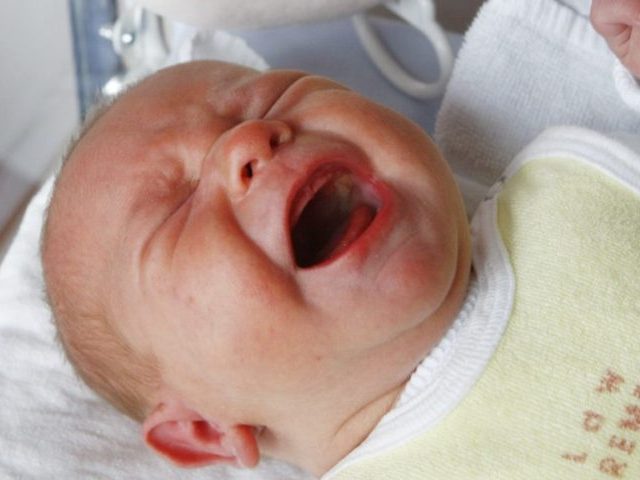 In the latest, “Wow, we never saw that coming,” catastrophe facing Joe Biden and his crack White House staff is the lack of baby formula in the United States – well, not for everyone.  Apparently, sleepy Joe sent numerous pallets of baby formula to …wait for it…US border facilities for illegal aliens. Joe is multitasking by feeding illegal immigrant babies and starving hungry American babies at the same time.

Joe may not love feeding our babies, but he really, really loves Ukraine.  The House just approved $39.8 billion in funding which awaits Senate approval and Biden’s signature. Biden just sent his wife to Ukraine where bullets fly and Russian tanks explode.  Boom shaka-laka! Jill promised them that the checks in the mail while Joe decided to stay at home and wash the dog.  Meanwhile, in East Africa, 7.2 million people are at the risk of starvation and another 26.5 million face acute food insecurity.  At least 12.8 million children in the region are acutely malnourished.  Jill probably won’t visit them with a big old wad of cash to ease their pain and fill their tummys with food. Can you imagine if all of the major countries combined their talents and focused on alleviating world hunger.  What a wonderful world this could be.

Some American presidents were good and some were lacking, but most of them (not you Obama) loved America and were committed to actually helping all of their citizens.

Biden seems really intent on destroying America.  Biden’s new moniker is 007. He has a license to kill the American economy, has 00 accomplishments in office and has orchestrated at least 7 catastrophic events.  These are American extinction events because we may not survive.

Biden blames the Great MAGA King Trump and everyone but himself for every crisis.  When asked about the shortage of baby food, Biden started yelling as he stumbled away from the podium: “It’s Trump’s fault. It’s Putin’s fault.  Hey man, get off my lawn or I’ll run over you with my Zamboni!” Trump has been gone 480 days but still rents space in Biden’s head.

Some people actualy feel sorry for Biden because he is old and appears to be suffering from some type of dementia.  Biden belongs in a retirement home eating his checkers and talking about Corn Pop.  Instead, Biden is ruining the greatest country on the planet.  All of his decisions drastically impact 330 million Americans who certainly did not vote for a confused, befuddled, captain at the helm of the ship of state.

It would appear that someone or some group is taking advantage of Joe’s declining mental state.  Joe probably asks Jill every night before bed, “Jen, why does everyone hate me so much?”

We don’t hate you Joe.  We hate the man behind the curtain who is calling the shots and letting you take the blame for a multitude of intentionally bad decisions. That slimeball is a disgraceful coward who lacks the intestinal fortitiude to identify himself as the evil architect of our destruction. Ringing any bells?

Sleep tight tonight.  God willing, the Great MAGA King Trump will recapture the throne in 2024.  Pray that America will survive until that time.

What did babies feed on before artificial formula?

I can tell you have no children.

Guess the libs got their new marching order’s from Midler

These people have been saying "let them eat cake" to us for a decade. They need to go. https://t.co/VJqAuxBwIh

There are many reasons for not breastfeeding and once you've stopped, you know that your milk dries up, correct?

If you are not breastfeeding your 6 month old already, and you can't access formula, your baby won't eat, you fucking dumbass. https://t.co/Jng4lGfX8V

I guess women should have taken the left’s advice and quit their careers so they could breastfeed their babies. That was their position on female independence, wasn’t it?

Well dog if a woman is working they take pills to dry up, they cant breast feed after that. Not all women can breast feed, they used to find a wet nurse, good luck on that idea today. Lil ones sometimes want to nurse every 2 hours, not many take your kid to work options.

Reject the false-narrative the Left is using, such as one bacterial outbreak caused this shortage.

That’s not a lie, it’s a goddamn lie.

Since the buck stops with Biden, everything is his fault and he must be removed for threatening babies and killing more people with Covid than anyone thought possible.

That person behind the curtain is Obama. He is getting to commit all the damage to take this country down a few notches that he was too gutless to have attached to his name. Now he can have all his asinine policies enacted and not bear the blame for the disaster. 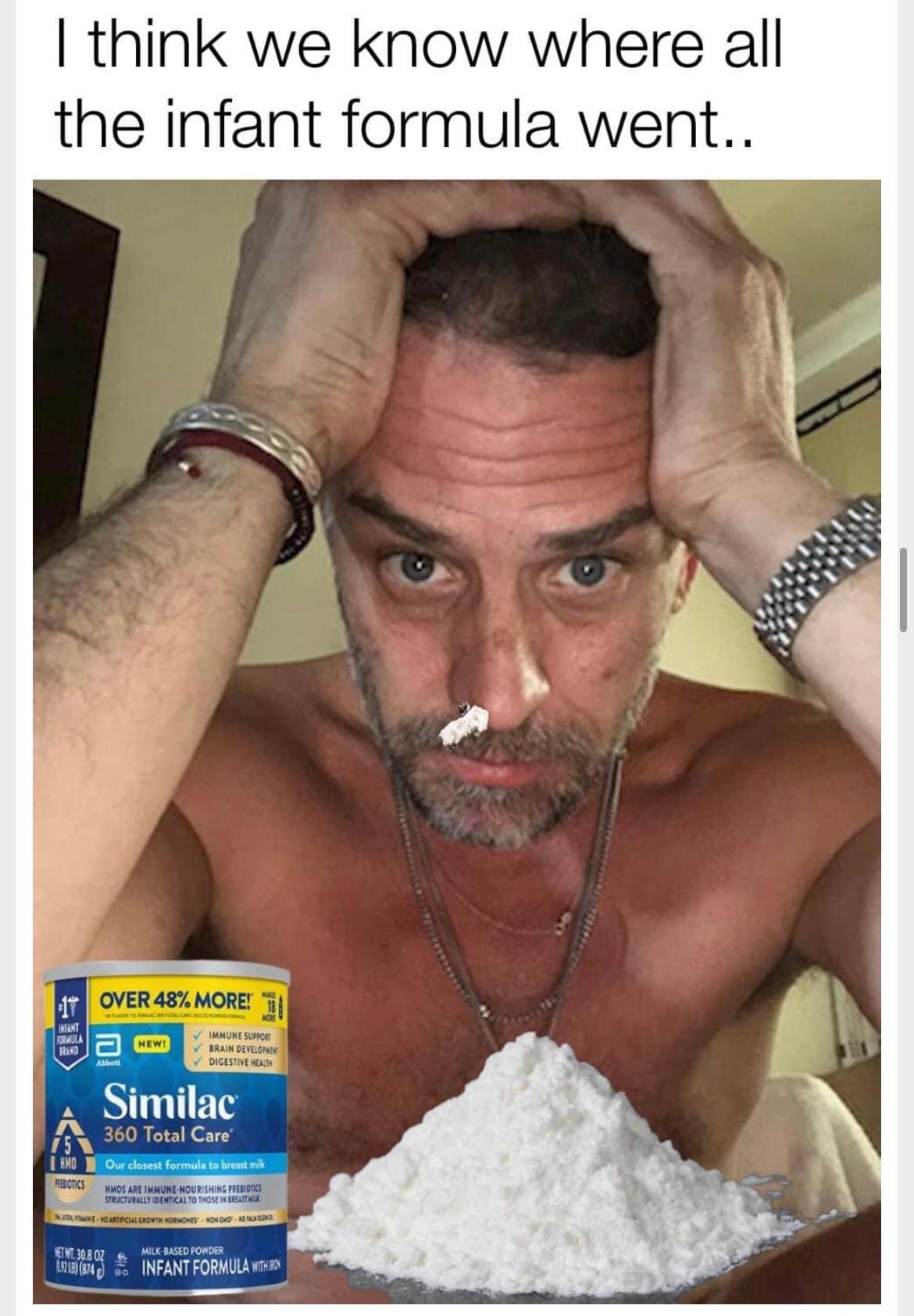 That and all the parmesan.

Abbott is offering baby formulas that were previously on hold for free with a doctor’s recommendation.

No, it’s not, since Mexico is not our country’s enemy. Treason has a specific definition in the Constitution, and the situation you describe does not fall within it.

Idiot Biden has done everything possible to weaken our nation and embolden our adversaries (see Ukraine). Causing social unrest with food shortages is part of the agenda. Yeah, it IS treasonous and idiot Biden most absolutely should be impeached and removed from office.

How many food processing plants are down for such an extended period of time? What exactly is the hold up? They should have every germ within the plant and parkinglot dead by now.

Maybe. If baby is a criminal alien there are $billions of formula- and free thanks to the GOP and Dem left!