The baby formula shortage looks to be intentional- updated: there’s lots of formula for illegals

There have been 25 coincidental fires at food plants across the nation. Reuters tries to tell us that it is not a conspiracy, but you will remember that they happily spread the Russian collusion/Hunter Biden laptop Russian disinformation propaganda. So, it seems reasonable to have doubts, especially as China and Bill Gates are competing to buy up farms.

But it’s the baby formula shortage that really is disturbing. Sen. Tom Cotton calls it a “national crisis”, not that any democrats care. Congress just authorized $40 billion for Ukraine but has nothing for baby formula here. The nation’s largest producer of formula is Abbott Labs. It’s production of baby formula was halted three months ago

The plant was shut down nearly three months ago after a bacterial infection caused the deaths and other serious illnesses.

In mid-February Abbott Laboratories issued a nationwide baby formula recall and ceased operations at its plant in Sturgis, Michigan amid reports of babies contracting bacterial infections from its products.

But an investigation cleared Abbott

An Abbott spokesperson told DailyMail.com Tuesday that ‘thorough investigation’ by the U.S. Food and Drug Administration (FDA) and Abbott revealed ‘infant formula produced at our Sturgis facility is not the likely source of infection in the reported cases and that there was not an outbreak caused by products from the facility’.

However, despite the findings of the investigation, the plant remains shuttered nearly three months later, fueling the nationwide baby formula shortage.

Other bacteria was detected but it in a non-contact area.

Abbott alleges that none of the formula distributed to consumers tested positive for Cronobacter or Salmonella. The manufacturer claims the FDA and Abbott officials both tested retained products for the bacterias and yielded negative results.

Abbott notes no trace of Salmonella was found at the Sturgis plant and the Cronobacter that was found in environmental testing during the investigation was in non-product contact areas of the facility. The company alleged the traces of Cronobacter at their plant have ‘not been linked to the two available patient samples or any other known infant illness.’

But the FDA keeps the hammer down

Abbott phone representatives have also been telling parents the FDA is ‘holding back’ metabolic formula made during the recall period, which is why the current supply hasn’t gone out, Politico reported.

The FDA, disputing the company’s allegations, issued a statement to the newspaper on Saturday reading: ‘The FDA has not delayed the release of any specialty and metabolic infant formula products and the agency strongly disagrees with this characterization of events.

This tends to leave one wondering what the truth is. That is, until you see the map of the worst shortages

Red states are hardest hit– especially Texas, which has an ongoing feud with the Biden regime over the border.

This would be an atrocious action on Biden’s watch but given the nutcases appointed by Biden, it would not surprise.

As Samantha Power recently said of the food shortage

“So, never let a crisis go to waste.”

Do I think they would do this? You bet I do. These people are insane. Or maybe it’s Putin’s fault.

GOP Rep. Kat Cammick says the Biden administration has been shipping “pallets” of baby formula to illegal migrants in U.S. holding facilities, amid a nationwide shortage that has sent mothers across the country in search of the newborn foods.

“Biden is sending pallets of baby formula to the border,” the Florida lawmaker said Wednesday in one of two online postings. “Meanwhile, store shelves across America are empty and moms are being told they don’t know when more is coming in.”

Cammick says in one post, a nearly 15-minute Facebook video, that a border agent sent her photographs of the deliveries, one of which she posted online, next to a picture of empty store shelves.

The news guys are all in agreement: do NOT even try to make baby food yourselves!
Leave it to the professionals.
On the other hand, women have been making homemade baby formula substitute since the 1940’s with no ill effects.
Supplies Needed

Congratulations! You have saved the day (or night) and have something safe to feed your baby until you can go to the store and pick up commercial-grade formula.

Of course they would. Stalin starved 30 million.

No way this is intentional? 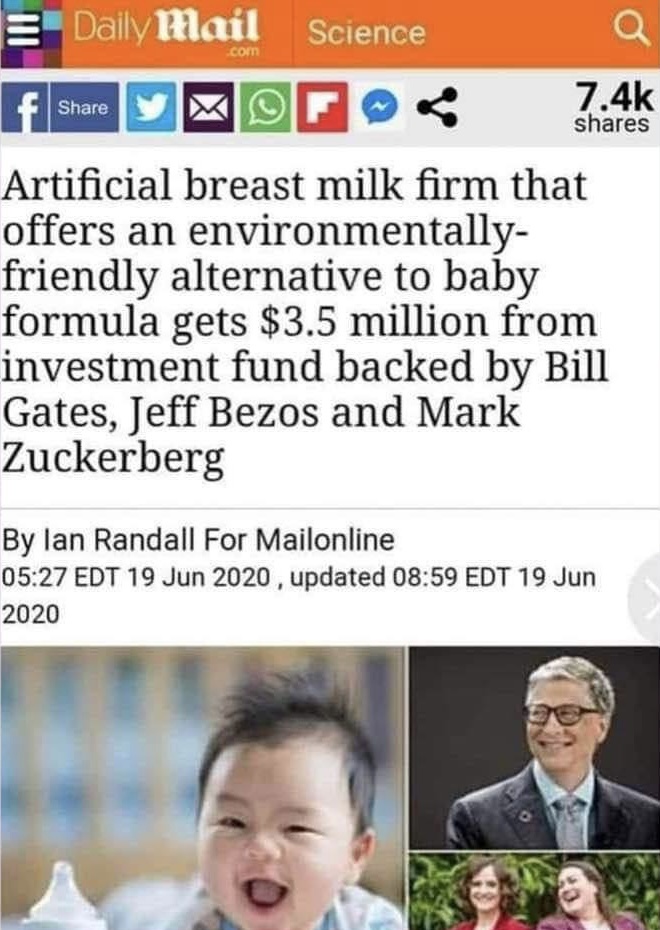 Well, even though the new White House Liar can’t name who is the point person for the effort to ramp up baby formula production that the FDA has kept tied up, we don’t have to worry about the babies of illegal immigrants. The idiot Biden regime has that covered.

So, all you people with babies needing formula, you’ve PAID for it… it’s just getting delivered to someone else. This is the compassionate Democrat party.

Maybe you should take your complaints to the idiots you elected to run them.

Surgeon General to Panicked Parents Looking for Baby Formula: “Check with Your Dr. To See if They Have Samples”

That is as much as the illegitimate biden regime will do to correct a manufactured crisis. biden is correct about one thing, he sure as hell is not a mind reader