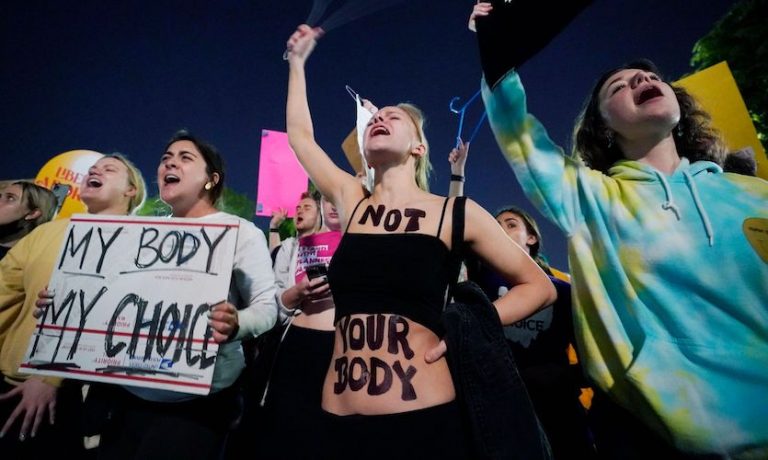 Today, on Mother’s Day, pro-abortionists are protesting against Motherhood. They attempted to harass and intimidate Justices of the Supreme Court and their families. They are blocking and desecrating churches. They’re screaming “Thank God for abortion.”

If God gave us abortion, he also gave us 9-11, the Holocaust, COVID and Hitler.

Protesters do not appreciate the irony of trumpeting “my body, my choice” and “not your body” when just months ago they were demanding that everyone allow government to repeatedly stick a needle in their arms. They want government out of the bedroom but into the deltoids. The unvaccinated, who wanted choice for their own bodies, were declared to be the public enemy by the President and assorted ignorant celebrities. Leftists want it both ways, as they are wont to do.

Thus, government dictating what happens to one’s body is a good thing or a bad thing, it just depends on the issue.

The thing is those demanding “my body, my choice” already have that option.

The same God who gave them abortion gave them birth control pills, a morning after pill and condoms. That God also gave them something else- the right to say no and the right to demand responsibility from their partners. The value of life in this country is on a downward trajectory in part courtesy of George Soros owned DA’s and the “defund the police” movement. The focus on abortion as some kind of human right marginalizes the life that is created in the womb. And it is life.

If a unicellular organism was discovered on Mars or anywhere beyond Earth science would declare it to “life.” That’s a fact. Arguing that a 20-week fetus is not a life is self-delusional, an argument meant to blunt the guilt associated with fetal termination. Unborn sea turtles are protected by Federal law. Unborn eagles are protected by Federal law. Unborn human babies are not. Activists seek the protection of their elimination.

3D fetal sonograms make clear that fetuses are babies and not “clumps of cells.” 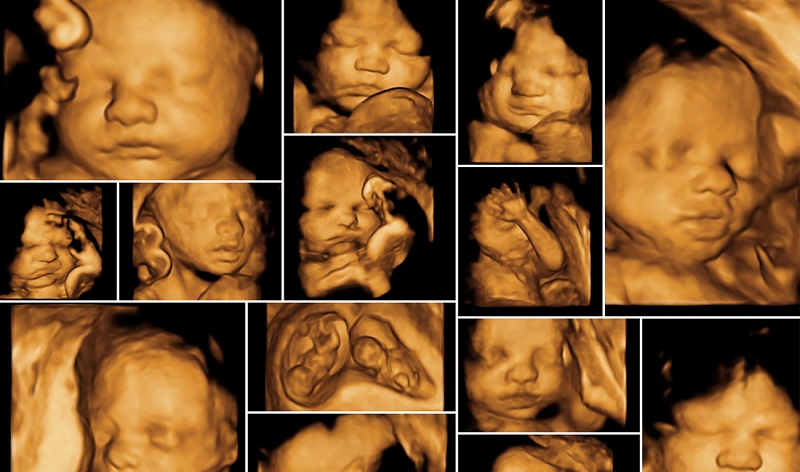 A fetus is a body in a body. Women are caretakers of that body within until birth. It’s that way all through the animal kingdom on Earth. Abortion as birth control is heinous. So is post-birth abortion. It’s not hard to imagine democrats promoting abortions for kids up to 5 years of age.

We do not want word to go out that we want to exterminate the Negro population.

One then might wonder why democrats cling so tightly to this. Candace Owens said something powerful the other night- that the black population would be double what it is today if not for democrats and abortion. democrats have never been sincere about the civil rights of black Americans. They routinely ridicule black Americans who wander off the democrat plantation and dare think for themselves.

There is much misunderstanding about Roe. Roe was struck down not so much as an abortion ban, but because it was bad law. Ruth Bader Ginsburg had the same problem with Roe as does Alito. Overturning Roe does NOT do away with abortion. It returns the matter of abortion to individual states, where it always belonged. Resistance to this by the left is bald hypocrisy. How often have you heard leftists whining about this country NOT being a democracy (never mind that democracies always commit suicide). They whine about the country having an electoral college and not a popular vote for President.

Well, kids, abortion now IS a matter for pure democracy. It is left to the popular vote of each state. If a state votes for abortion, it will make it available. If not, limitations will apply. It will be democracy in action, so enjoy it!

Joy Behar promises us to go on a sex strike if Roe is overturned. (Cue the laughter)

democrats will be seizing on the abortion issue as a life preserver in a sea of elective midterm disaster. Have at it. People are more concerned about possible nuclear war, the coming recession, unaffordability of gas and home heating oil, skyrocketing food prices, baby food scarcity and mortgage rates than they are Roe.

Final question- how does one go about protecting women’s rights when the left cannot even answer the question “what is a woman”?

It’s not the imaginary “right” the left clamors to defend, it’s the power to force others to only make decisions that suits them. Yeah, overturning Roe v Wade means little other than a symbolic defeat because they now have 50 opportunities to make their case for killing a baby out of convenience.

The left simply cannot tolerate any restriction upon how they want to behave.

I’m sure they did some polling to find out that harassing and threatening Supreme Court Justices isn’t thought highly of.

This shows clearly the mental illness of leftardism. It isn’t enough for them to kill their own preborn babies. They demand that everyone else celebrate the death of a human in the fetal stage of the human lifecycle because the leftard mindset is too fragile to accept any form of criticism for their actions. It isn’t enough for them to be allowed to kill their preborn infants…they insist that the rest of us be forced into complicity in the demonic act of child sacrifice by demanding tax dollars pay for this slaughter.

If unborn babies are not legally safe, the rest of us are not.