Friendly Advice to The Radical Left: Normalizing Child R@pe Is Not a Winning Issue (Part 3 of 4) 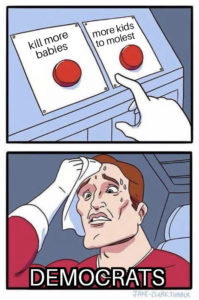 First off, I’m guessing that any Lefties reading this are saying “We are doing no such thing – how dare you make such an accusation!” Yes you are, and as the cool kids like to say, I have the receipts. To back up a bit first, I want to share a story from last November’s elections. As many of you know, here in Virginia Glenn Youngkin pulled off an improbable upset victory of former Clintonista bag man Terry MacAuliffe. Youngkin looked poised to play the role of “Republican who respectfully loses” until T-Mac started running his mouth that parents should have no say in their kids’ eductaion. When given the chance to explain he doubled down, and the rest is history. The next morning I was around a group that was talking about the night before. One woman worked in some capacity for T-Mac and was quietly lamenting that they just didn’t do a good enough job of explaining how great everything in Biden’s* Build Back Better deal would have helped Virginians. Part of me wanted to chime in about how the combination of school closures, CRT, girls getting raped in bathrooms by boys wearing dresses might have been better to address. But I was only on the edge of the conversation and didn’t want to butt in. I barely know the woman in question, but from her tone she sounded like one of the rare Democrats with whom dialogue is actually possible. I also realized that she might actually take some constructive feedback to heart. I know that the Democrats are incapable of changing their positions, and putting a human face on the Normals’ point of view would only help find a way to distort The Radical Lefts’ intentions and hide their real objectives. So why am I offering you Radicals some free advice now? Well, as your side likes to say, “If it saves the life of just one child…”

In the last installment I asked the question, Will the Genius of the Transgender Movement End up Being its Downfall? The Radical Left has been trying to normalize Pedophelia, or as we Normals refer to it, “Child Rape”. This is hardly new, but we had a recent article in USA Today trying to normalize it. a TED Talk had to delete a video that tried arguing that pedophilia should be accepted as “an unchangeable sexual orientation”. The New York Times tried to convince us that “Pedophelia is a disorder, not a crime.” Now, in normal times I would have accepted that last statement as a fair point and a good faith argument. But if the last few years have taught us nothing, there is no such thing as a small, reasonable step with The Radical Left. Who can forget the epic now deleted video made by the San Francisco Gay Men’s Choir, “We’re Coming for Your Children“? You want to lay your hands on our kids? Over our dead bodies. Or better still, yours. And of course, out of the same insane state of California comes a law trying to reduce penalties for some forms of pedophelia. And of course, just like The Radical Left has tried to soften their child mutilation campaign with the crapweasel wording “Gender affirming care”, likewise the Pedo movement is trying to shift to the less threatening “Minor Attracted Person“, or the even more vague and less threatening acronym, MAP.

And of course, there was that matter of those girls who got raped in their school bathrooms by a boy in a dress. This headline from The Daily Mail pretty much sums up what happened: Loudoun County father who was dragged out of woke school board meeting reveals his daughter was ‘raped’ in the girls’ bathroom by a ‘skirt-wearing’ male student who was arrested for assaulting a SECOND girl months later – but staff did nothing. The local Soros-funded Prosecutor wanted jail time for… the father for standing up for his daughter. What did we get from America’s media? Outside of the Conservasphere, and specifically the work of Chris Rufo… nothing. Silence = Violence. Your side lectured us Normals with that phrase enough times, so why should you be exempt from the rules that you wrote? And of course, we can also implicate our former (and depending on who you ask, for intents and purposes our current) President dismissing a school girl getting raped as a “Phony culture war“. So yes, when you bury a story like this because it goes against The Narrative, you’re condoning the behavior. And when you condone it enough, it gets normalized. Somehow the MacAuliffe campaign got my cell number and tried reaching out to me via text. I asked every one fo them when T-Mac was going to publicly condemn the Louden rapes, and not a one had a response. Virginia was T-Mac’s election to lose, and incidents like this are why the GOP swept the Governor, Lt. Governor, and Attorney General’s races. By all means, choose to believe that Democrats lost becasue the serfs are too stupid to appreciate Sundown Joe’s* policies.

One last piece of advice to my gay friends out there – you want to distance yourself from these pedo creeps. Actually, let me rephrase that first part. Saying I have gay friends sounds like a defensive Normal sputtering against a baseless accusation, “I’m no ist/phobe – I have plenty of friends from your grivance group!” What I should say is that I have some friends who happen to be gay. Regardless of whether you’re my friend or not, and however much “fact checkers” make the false claim that there’s no connection, the child rape crowd is only too happy to latch themselves onto the rest of you. I didn’t trust your side 20 years ago when you said “We onl;y want to get married!” Now that my legit question of “where will it end? got blown off by everyone on your side and turned out to get 100% dead on, I won’t gloat. I’ll let Razorfist do it for me. When your side gleefully destroyed the lives of the families by Sweetcakes by Melissa and Memories Pizza I called some of you out on it, and never got a good answer. Now you can’t sit on the sideline anymore. Or you can, but when the anti-child rape crowd (which is most of humanity) blowback reaches you you’ll have nobody to blame but yourself.

Wow. this is a real event happening at Georgetown University… yet we’re called conspiracy theorists for talking about how the left is trying to normalize this? pic.twitter.com/zBLElbNfss

In a way, I would like for these people to become more bold and willingly show their faces and identities. That way, it will be easier to “pay each one a visit” at three in the morning. 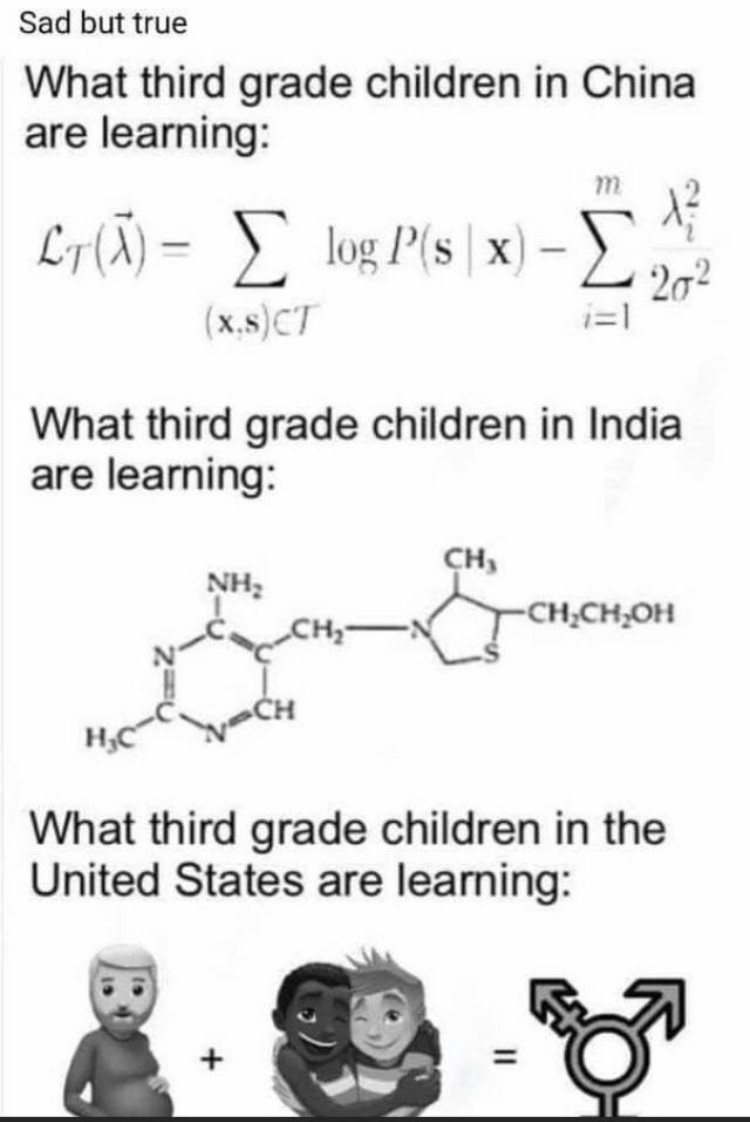 The New York Times tried to convince us that “Pedophelia is a disorder, not a crime.”

Well, actually, that is correct, to a point. Pedophilia IS a mental disorder, but unless it is prevented, it becomes a crime. What the NYT intended to convey, though, is totally wrong. What they meant was to just allow it and accept it as, “oh, well… it couldn’t be helped.” Needless to say, they would revisit that view if THEIR 5 year old son was raped.

I would remind again of Obama’s first choice for his “Safe Schools Czar”, Kevin Jennings. Perhaps as a joke or an example that he can do whatever he wants, no matter how insane, it turned out that the person he wanted to be the protector of our children in school was a supporter of NAMBLA. Thankfully, this never went into effect. At the time, it was written off as mere stupidity, but we can now see the overall agenda at work.

Needless to say, they would revisit that view if THEIR 5 year old son was raped.

Or even more disturbing is the thought that they might not

The NYT’s Covered up for Stalin,Hitler,Castro, The Viet Cong and is behind the 1619 Project that liberal rag is nothing but leftists Propaganda rag who should be on our Boycott List

Yep. There’s a reason I never link their articles