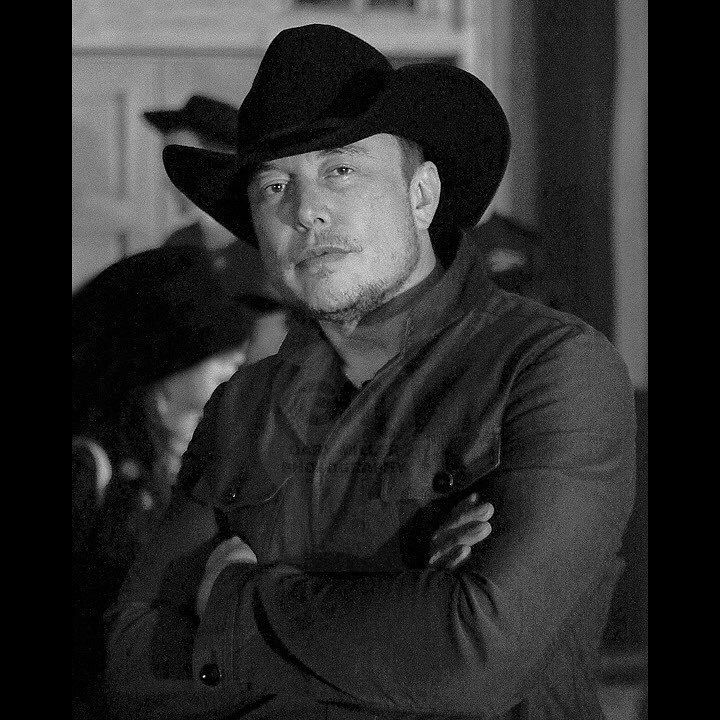 Elon Musk had a field day with AOC recently. She was critical of him buying Twitter

“Tired of having to collectively stress about what explosion of hate crimes is happening bc some billionaire with an ego problem unilaterally controls a massive communication platform and skews it because Tucker Carlson or Peter Thiel took him to dinner and made him feel special.”

Musk made a mockery of her, answering

On Sunday MSNBC’s Mehdi Hasan, a pathetic lowlife, brought a knife to a gun fight. You’ve got to keep in mind that MSNBC is populated by freaks and buffoons and Hasan is no exception. You may remember that Hasan had some nasty words for non-Muslims, or as he calls us, “kaffir.” Here’s more of what the dilletante had to say about people:

In one of the recordings, which resurfaced on social media after it was posted by conservative commentator and Human Events editor Jack Posobiec, the host of “The Mehdi Hasan Show” on MSNBC compared non-Muslims and atheists to “cattle” and included “homosexuals” in a long list of abhorrent behaviors and and categories that he claims are transgressive of Islam including pedophilia and bestiality. He referred to non-Muslims as “kaffir,” or infidel.

“All of these ulama unanimously agree that at the very minimum if Yazid was not a Kaffir — then at the very minimum he was a fasiq, a transgressor, a breaker of Islamic laws, a corrupt individual, a tyrant, a killer a drunkard, a dog lover, a music lover, a homosexual, a pedophile, a sexual deviant, someone who slept with his own mother,” Hasan said in the sermon.

“In this respect the Koran describes the atheist as cattle. As cattle of those who grow the crops and do not stop and wonder about this world,” he also said. 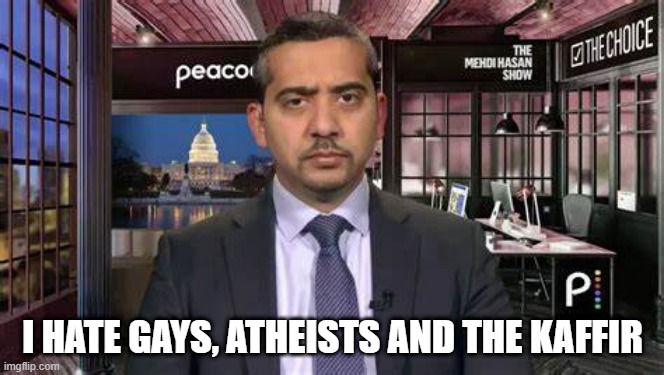 On Sunday he ripped into the GOP and Elon Musk

The conservative movement as a whole has become infinitely more reactionary, xenophobic, and authoritarian. I thought that was undeniable, that everyone who’s sane and sensible knew this. Everyone, apparently, except the world’s richest man, Elon Musk, billionaire love child of a 4Chan forum, and a Zambian emerald mind, is in the process of taking over Twitter.

It didn’t end there by many means. The Islamic supremacist and homophobe went on to say

and then took a really ill-advised swipe at Musk

We are living through an unspeakably dangerous moment the pro-QAnon, pro-neo-Nazi faction of the Republican Party is poised to expand dramatically, come the midterms. With just two years away from Donald Trump, very possibly re-seizing executive power. If that happens, we may look back on this past week, as a pivotal moment. When a petulant and not so bright billionaire casually bought one of the most influential messaging machines, and just handed it to the far-right.

Petulant? Not very bright? The man who is making electric vehicles a reality and upon whom NASA depends to launch astronauts and payloads to orbit is not very bright? Is Musk not very bright because he doesn’t hate gays, atheists and the kaffir?

“NBC basically saying Republicans are Nazis …” Musk wrote in a Monday tweet, responding to a video clip posted by another user showing Mehdi Hasan railing against Musk, calling him a “not-so-bright billionaire,” and complaining about his purchase of the social media giant.

“Same org that covered up Hunter Biden laptop story, had Harvey Weinstein story early & killed it & built Matt Lauer his rape office. Lovely people,” Musk added in another tweet, listing some of the network’s most notorious scandals in recent years.

Someone here isn’t very bright and it’s not Musk. It’s this kind of incendiary bullsh*t that turns people away from the MSNBC cesspool.

You don’t mess around with Elon, especially if you already suck. Now for fun Musk ought to buy MSNBC, fire them all and burn the place down.

Mehdi looks like a jigsaw puzzle with a couple of pieces lost.
Twitter hasnt been this much fun since they gave Trump the boot.
Still not signing up, waiting….

It truly seems that the left collects every turd that won’t flush and puts them in the media.