Far worse than Jan 6: The SCOTUS leak was planned by democrats since February 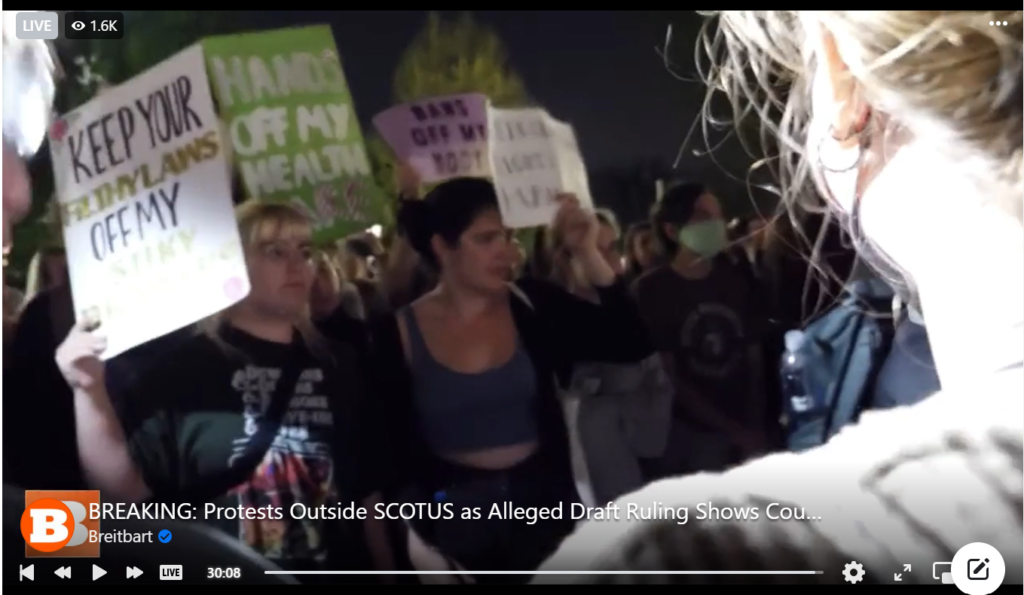 I swear to God, democrats would elect Satan if he were a democrat, and he likely is. democrats are simply amoral and without conscience. Nothing is sacred- not even life. They oppose death sentences for murderers but happily kill babies. They claim to be the saviors of democracy, but they tear down statues and rewrite history. They rigged an election. They conspired against a duly elected President. They destroy any tradition that ever so slightly infringes their power to control all.

What happened tonight is the single most egregious crime to ever strike the Supreme Court. Justices expect to be able to exchange opinions and thoughts privately, without outward interference. Trust among and between them is gone. It’s not the opinion, it’s the leak that is the real crime. It is not a final opinion, by the way it is a draft opinion. We can delve into the decision sometime when and if it comes to pass. For now, we focus on the loss of the integrity of one of the three main branches of government.

Court watchers are practically incandescent at this alleged leak. Says @JonathanTurley:
*It is hard not to view this as a malicious act.
*A breach of the most fundamental obligations and traditions of the Court.
*The greatest crisis Chief Justice Roberts has faced on the Court. https://t.co/SLfPgcExxR

Frankly, whoever is responsible for this leak should be disbarred and then hanged. There are 45 possible perpetrators. What has been done is worse than January 6. Way worse. But you just watch as the same a$$hole democrats who wailed about Jan 6 being worse than Pearl Harbor, the Holocaust or 9-11 will lionize the leaker and this monstrous malfeasance.

The draft, authored by Samuel Alito, was written in early February. Since then, democrats have been plotting for this day. Protesters have already been deployed to the Supreme Court. They were ready to go. democrats are neither bothered nor surprised by the breach of the Court. That’s the giveaway. This terrible act should be investigated by the FBI but the FBI already corrupted. And does anyone think that a US Attorney General who cooperates in intimidating school moms is going to do the right thing? I sure don’t.

This breach of the Court has done irreparable harm. We will see attempts to intimidate and terrorize Justices and their families. It’s already begun. We will see democrats again demanding that the filibuster be abolished. There will be more.

Turley noted that if Politico indeed obtained a true copy of the drafted opinion, “it is hard not to view this as a malicious act.”

“What is the motivation of releasing such a decision? The only intent of such a leak is to trigger a response from outside of the Court,” he continued. “…This draft is from February and the majority can shift on such opinions. However, the act of leaking such a draft opinion ranks as an original sin for judicial ethics.”

He surmised the leak could be an effort to “pressure the Court and push the legislation in Congress on a federal abortion law before the midterm elections. It will also likely renew the call for court packing.”

“The fact that some are praising this leak shows how utterly craven we have become in our politics,” he concluded. “There appears no ethical rule or institutional interest that can withstand this age of rage.”

There is nothing, and I mean nothing, that democrats won’t do for power. They have become animals.

I take that back. Some animals exhibit compassion and seem to have a conscience. democrats are more like the living dead, soulless beings killing anything in their way.

Matt Wolking says leaker appears to be Amit Jain who clerks for Sotomayor.Posted on 5/2/22 at 9:14 pm

Jain was quoted in a 2017 Politico piece by Josh Gerstein.

Leaking this is LITERALLY an act of treason. How many crimes does the Left have to commit to prove they are undermining our government and installing their own autocracy?

Why does it have to be such a narrow number of suspects? No secret the FBI spied on both the President and members of congress, they are also notorious for leaking like an overloaded pamper.
As it was never in the constitution, and based on lies, it just means it is left up to the states to legislate.
One thing for sure those to ugly or old to need an abortion will be decending on the court to sky scream and claw at the doors.

But the totalitarian Democrats wants it to be a federal law. Then, like vaccinations, they could MANDATE a woman get an abortion because of whatever national security reason they invent for the moment… for the public good.

We are seeing a rapid adoption of the China model here is America. The Chinese had a one child one family policy that biden agreed with.

We must reject the China model. It is antithetical to the US Constitution

The Democrat/Deep State performed a coup. There’s no doubt anymore. Those who support them are seditionists, and the on-going civil war we are in is not a myth.

Violence is coming and soon, the court has taken away their sacrament. Blood sacrifice to the GOD of progressivism must continue to be satiated, or dems will lose elections and democracy will collapse, the economy as directed by dems will succumb to republican freedoms and capitalism, Dogs and Cats living together, Mass hysteria!
The dems had their signs ready at a moments notice, they may not of known of the leak but they had prepared for it.
We will see cities burning because no argument is possible with these people, violence is their first and only resort, prepare!

Why not violence? It often works to intimidate and, when Democrats are in charge, there is no punishment for left wing violence.

2
Reply
Tom in Texas
Reply to  Deplorable Me

The only punishment for treason should be public hanging from the yardarms of the USS Constitution at Noon on 4 July, broadcast throughout the land, and the stiff left hanging for 76 hours

Sorry Tom the number of traitors forces us to find a more efficient way, to save money we shorten the ropes( there is a huge national debt you know)We can use the USS Constitution for the more famous, but even that would dictate that the hangings go beyond just the 4th. Overpasses could be used. Not one gets to gurgle and kick without a fair trial.
And as your President I would eliminate Property taxes of all kinds. No property in the borders shall be owned by a non citizen. Those with Student debt unable to find employment will get a full refund from the college. All 4.0 Students and those children of fallen warriors will get full scholarships. Income taxes are unconstitutional and the 16th amendment will be abolished.
The private company called the CDC will no longer be funded, the FDA will be fully reformed.
No foreign aid until the USA is Debt free and has such funds to fully fund our social security.
No bill shall come to the floor of congress that exceeds 25 pages in length. Every bill must first go to a constitutional committee to determine its merits and that committee must “show its work” on its determinations.
Well thats the short list.

Nowadays, there is no law, rule or tradition that the left will not trample to get their way. Their usual intent is to incite violence to intimidate others to believe and behave as the left wants them to. You cannot avoid the realization that the Democrats want to drag this nation towards totalitarianism and a police state. They want no laws to impede their whims and desires yet want to impose restrictions and suppression upon anyone they need to whenever it benefits them.

“I’ve noticed that everyone who is for abortion has already been born.”- Ronald Reagan Interesting statement by the “wise latina,” sotomayor.
In Dec of 2021, just a couple of weeks before this draft was finished (Feb) she said this about the case involved:
“Will this institution survive the stench that this* creates? I don’t see how it is possible.” 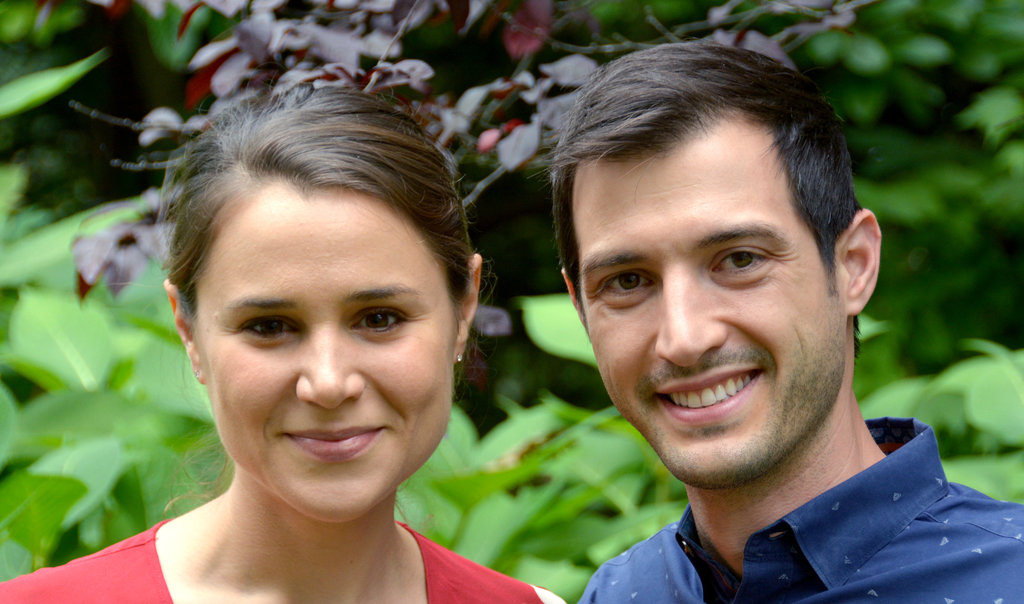 And, in my humble opinion, she’s the most likely person to have leaked the draft Supreme Court opinion in Dobbs, purporting to overturn Roe v. Wade.

Do note the Master’s degree in Gender. pic.twitter.com/GsrYZgtMzC

Specifically, she argued that Obamacare’s non-discrimination provision should be interpreted to *force* Catholic hospitals to perform “emergency abortions.”

Her career page on LinkedIn doesn’t reveal that much…until we start digging a little further. pic.twitter.com/IFC5C1qVj1

Pillard was one of the DC Circuit judges appointed by Obama and forced through by Harry Reid blowing up the filibuster.

But none of this proves anything. Yes, Deutsch’s career seems pretty focused on abortion. But without some connection to Josh Gerstein (the journalist who received the leak opinion) there would be no reason to suspect her.https://t.co/UurDfZhUge

Isaac Arnsdorf just got hired by the Washington Post as a national political reporter. (Of course he’s on the Trump beat). pic.twitter.com/CWJMVwt54g

Looks like Gerstein and they are still bros – chatting on Twitter, interacting as recently as last year. pic.twitter.com/AKb5dZwIhc

She clerked for a stridently pro-choice appellate judge.

And it just so happens that her husband is a journalist, who shared bylines with Josh Gerstein at Politico, and it looks like they are still buds.

I don’t know that Elizabeth Deutsch leaked the draft opinion.

But I certainly think someone who has spent much of their academic and professional life fighting to expand the right to get an abortion could be desperate enough to do so.