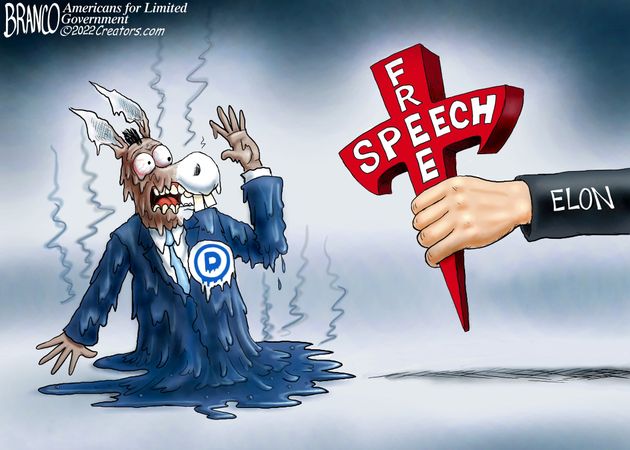 Welcome back to Day 465 of the President Easter Bunny* occupation! Straight to the crazy:

4/22 – Housing: The Next Biden Disaster? Here’s What Might Be Coming in the Housing Market

Interesting look – are we near the peak of another real estate bubble, or the strat of being transformed into Western Europe?

Short answer – something that the tyrants from The Radical Left despise

Yeah, MTG says some crazy stuff sometimes. You know what else? I don’t care. We need more of her and fewer Dan Crenshaws, who made one of the fatest transitions from Conservative to Swamp Creature I’ve e ver seen.

4/25 – Did a Key FBI Agent in Whitmer Plot Attempt to Surveil Steven Crowder?

I sincerely hope that we finally see pushback against Corporate Child Grooming Month.

Some unexpected surprises on what’s coming. Stock up, everybody.

Yes, this is one of my “This post made the cut for an awesome headline alone”, but for a relatively short article it’s a meaty one. The innards of Virginia Democrats may sound like an author’s choice local story, but the way dark money overthrew their organization can (and does) happen anywhere in America

Good insight into one of our many corrupt federal agencies

As much as stories like this will make your blood boil, remind yourself of who our military will be targeting in America’s next war. And on that cheery note…

“His views on colonialism and slavery are terrible. If Karl Marx were anyone else, he would have been canceled years ago.”@DouglasKMurray says the world has been misled by anti-West rhetoric by the left, which reveres #KarlMarx.https://t.co/el4r1tnNX6

I don’t think he has any plans to deplatform Hillary, Rob. https://t.co/WmDm1WJQwK

We have all seen the suggestions of what else Musk could do with his money, why dont they worry about what our government does with our money?
He has some good replys.

Ah, I do miss the days where you could watch Disney clips and not wonder where the content warnng is

4/29 – How Obama and Biden Destroyed the Greatest Military the World Has Ever Seen
As much as stories like this will make your blood boil, remind yourself of who our military will be targeting in America’s next war.

Not even mentioned in that terrific article is the fact that joe’s military “men,” in charge are purging religious and conservative members of the military via their covid vaccine policy that has no exceptions.
Altho this is anecdotal, it is worth seeing:

I’m somewhat reminded of the De-Baathification of the Iraqi military. If push comes to shove this will be an absolute disaster for The Radical Left

4/22 – Housing: The Next Biden Disaster? Here’s What Might Be Coming in the Housing Market

Cmon, man! I am building a smaller house and about to sell mine. I need to get enough to pay my building loan and building even a SMALLER home is exorbitant. Let’s go Brandon.

The problem with the left is that they believe anything they deem a right is a right. In the bakery situation, the only reason that became a case is because gayness was involved. Baking a cake was secondary; they felt they had the right to force the baker to embrace gayness and “gay marriage”. To them, when they take a notion to force someone to accept a leftist premise, EVERYTHING is a right.

She laid out the perfect roadmap back to prosperity, so naturally Democrats think that’s crazy. She is to Democrats what AOC is to Republicans: a perfect focal point to demonstrate what is wrong with the other party, except that MTG makes perfect sense and Sandy is a dim-witted moron that thinks money grows on trees and socialism will work… THIS time… as long as she gets to run it.

4/25 – Did a Key FBI Agent in Whitmer Plot Attempt to Surveil Steven Crowder?

Only by flushing out the leftists that have weaponized organizations like the FBI will it return to it’s crime-fighting (rather than crime-committing) purpose. I am still convinced this is a leadership infection.

We have been so spoiled by the abundance provided by the miracle of capitalism that we get pissed off at the random empty spaces on shelves we find under the idiot Biden regime. But, as I was telling my wife in the store the other day, I fear we ain’t seen NUTHIN’ yet. (we’ll probably be seeing a whole lot of nothing)

The left will not survive if they allow the will of the people affected by their policies to determine the agenda.

I wonder if anyone enters government with high-minded ideals anymore?

I fully and whole-heartedly support impeaching every one of these failures. But, there’s is NO point in moving forward on that until Republicans have overwhelming control of Congress. I don’t have any interest whatsoever in impeachment without removal. Public and humiliating removal is necessary to deliver the message that gross incompetence and corruption due to election fraud will NOT be tolerated and it will be punished.

Looking at the images of a “Gay Pride” parade, I wonder exactly what they are “proud” of?