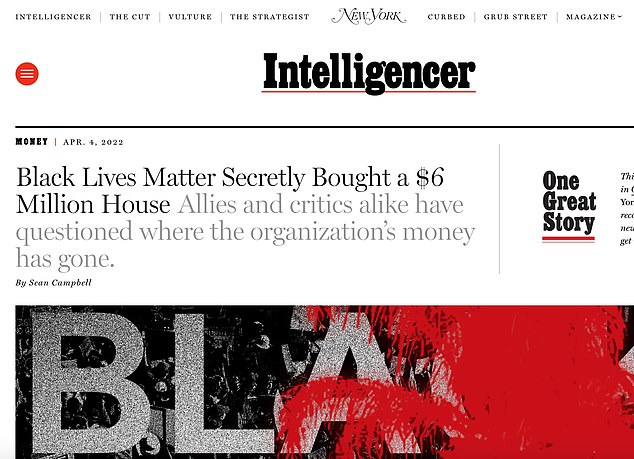 Faith in the media is scraping the bottom. The left-biased media was actively complicit in the scheme to deny Donald Trump a second term, labeling anything that could negatively affect Biden’s chances of election as “disinformation.” One might think that the wise thing to do would be to try to regain it, but one would be wrong.

Instead, they are doubling down, doing their best to keep people ignorant of the malfeasances of their democrat and left-wing pets. One glaring example is the highly questionable actions of Black Lives Matter.

Black Lives Matter raised $90 million in 2020 and no one can say where it went, but we might have some clues. Patrisse Khan-Cullors went on a mansion shopping spree worth $3.2 million.

As protests broke out across the country in the name of Black Lives Matter, the group’s co-founder went on a real estate buying binge, snagging four high-end homes for $3.2 million in the US alone, according to property records.

Patrisse Khan-Cullors, 37, also eyed property in the Bahamas at an ultra-exclusive resort where Justin Timberlake and Tiger Woods both have homes, The Post has learned. Luxury apartments and townhouses at the beachfront Albany resort outside Nassau are priced between $5 million and $20 million, according to a local agent.

In 2021 “Black Lives Matter transferred millions ($6 million US) to a Canadian charity run by the wife of its co-founder to purchase a sprawling mansion that had once served as the headquarters of the Communist Party, public records show.”

Now it sure looks like they’re willing to enrich others with BLM cash.

A Los Angeles mansion frequented by Marilyn Monroe and Humphrey Bogart was bought by a real estate developer working for BLM founder Patrisse Cullors and her partner for $3.1 million, and then purchased by BLM’s foundation just six days later for $5.8 million in cash, it has emerged.

The purchase of the 6,500 square-foot, six-bedroom property in Studio City was first revealed on Monday by New York Magazine, amid growing questions about BLM’s finances.

That “friend” doesn’t want to talk about it:

The middleman who facilitated Black Lives Matter’s secretive purchase of a $6 million Los Angeles mansion in October 2020 said the purchase was “all done above board,” but he refused to answer any questions about his involvement in the transaction.

Only when the shenanigans were exposed did BLM attempt an explanation. It was for cultivating “joy.”

The neo-Marxist revolutionary movement Black Lives Matter (BLM) announced on Monday that the organization recently purchased a $6 million California mansion for the purpose of cultivating “joy” among artists in the black community.

“Joy is a radical act,” BLM stated. “As a practice and as an experience, joy is something that can heal and sustain us when times are tough. But joy also provides opportunities to explore the possibilities beyond the limits of our daily lives.”

And, of course, the fault for even daring to question this is on the racist and sexist media:

Days after this latest episode, Cullors, 38, fired back in a lengthy Instagram post of her own denouncing saying it was both a ‘racist and sexist attack’ on the organization.

‘That fact that a reputable publication would allow a reporter, with a proven and very public bias against me and other Black leaders, to write a piece filled with misinformation, innuendo and incendiary opinions, is disheartening and unacceptable,’ she stated.

The left-wing media has ignored all of this completely.

The three broadcast networks are turning a blind eye towards a growing scandal plaguing the Black Lives Matter organization.

A stunning report from New York Magazine last week revealed that the Black Lives Matter Global Network Foundation had bought a 6,500-square-foot mansion in southern California with cash in October 2020, following months of the civil unrest sparked by the murder of George Floyd.

GOP lawmakers have begun calling on the Justice Department to investigate the politically powerful nonprofit.

However, ABC, CBS and NBC have not addressed the brewing controversy on their morning or evening newscasts since the story broke last Wednesday, according to Grabien transcripts.

It is more than reasonable to undertake an investigation into these dubious transactions. Money is highly intoxicating. But nothing will happen if very few even know about it. It’s a grand betrayal of the public trust, but the goal is keeping the public ignorant and steering them to embrace a narrative and nothing is going to upset that narrative.

Having to file disclosure forms for a charity is “triggering” and racist, says Patrisse Cullors.

“It is such a trip to hear the term ‘990,’” Cullors said during an event Friday, according to the Washington Examiner. She was referring to IRS Form 990, which charities are required to file every year to disclose their financial activities.

“I’m like, ugh. It’s, like, triggering,” she added, saying that she “actually did not know” what the form was before “all this happened.”

Cullors went on to claim filing the financial disclosure forms “doesn’t seem safe for us.”

But the meals are great. 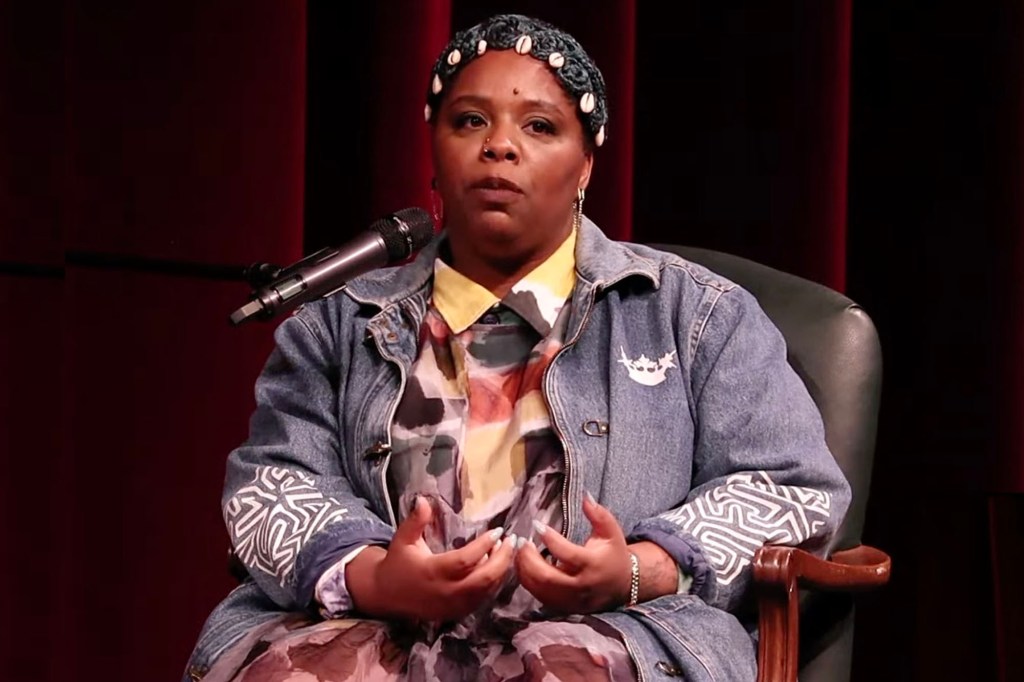 I’m not sure where I saw it, Maybe Pat Gray show on PlutoTV, played a video of black clad and black hooded men breaking into the capital through windows before the doors were opened, no one knows who they are, if we ever find out? I’m betting Antifa or FBI !!!

Who would you bet on? Why?

Have to remember, BLM has friends in low errr.. high places: https://duckduckgo.com/?q=fbi+takes+a+knee&va=b&t=hr&iax=images&ia=images

It would be said to have been a righteous act of democracy.

Did the hypothetical BLM protesters in your scenario go to the Capitol with the intent of keeping the electoral tally from proceeding?

Thy were there as crowd aggitators, so were at least 20 FBI agents per a court filing. One appeared on national TV was paid 70 K for his cell phone videos broke a window was never charged.
The world is at your fingertips Mikey try looking things up and not asking stupid questions.

Oh, stop it with the facts, truth and stuff. This only confuses liberals.

Expect this, and Covid, to ramp up as we approach November. They can’t win without cheating, and we all know it.

Antifa and BLM committed insurrection and attacked our local, state, and federal governments for over a year, yes.

Did anyone on the Right do that?

But we knew they had to give people like you some proof of the non-existent strawman they make up in the news, a specter from 1983 that simply doesn’t exist, by sculpting a crowd who was protesting the obvious voter fraud and making into a false-flag even Goebbels would be proud of.

Meanwhile, the Left commits all the violence and blames the Right for doing it.

“Joy is a radical act,” BLM stated. “As a practice and as an experience, joy is something that can heal and sustain us when times are tough. But joy also provides opportunities to explore the possibilities beyond the limits of our daily lives.”

Nothing induces “joy” like buying a luxurious mansion with someone else’s money and living it up on useful idiot’s dime. What complete bullshit.

Just like the acts of law enforcement that gave birth to the bogus BLM, radical racist blacks expect that blacks can break the law at will and never be held to account. Auditing BLM and questioning their “tax exempt” status is “racist”, so don’t even try it.

Of course, idiot Biden, who is on the trail of every tax cheat to squeeze every available nickel out of them, won’t touch THIS with a ten foot pole. No doubt, he gets a taste of the BLM take for laying off.

Imagine the good will BLM could have cultivated by using their money to rebuild the neighborhoods their followers looted and destroyed. Instead, like every good Marxist, they enriched themselves and became the elitist totalitarians Marxists are famous for.

And the left, obsessed with making the “wealthy” pay their “fair share” will do nothing.

Imagine the good will BLM could have cultivated by using their money to rebuild the neighborhoods their followers looted and destroyed. Instead, like every good Marxist, they enriched themselves and became the elitist totalitarians Marxists are famous for.

And the left, obsessed with making the “wealthy” pay their “fair share” will do nothing.

And the Left-wing press tries to disappear news about how black criminals are destroying entire cities with their shoplifting sprees and, now, lately, their follow-home robberies.
Here’s a video of a white woman being run over by car thieves in Beverly Hills, CA.
That’s just one of the 244 follow home robberies in the last three months in Beverly Hills.
Neighborhoods there are paying for their own private security patrols, as well they must, if women are treated so callously.

BTW, Hillary bought BLM and now all their proceeds go to her Foundation.
Marc Elias, best known for his funding of British ex-spy Christopher Steele’s discredited anti-Trump dossier while he served as Clinton’s 2016 campaign general counsel, is representing the Black Lives Matter Global Network Foundation through his recently formed Elias Law Group.
BLM’s national organization repeatedly lists the Elias firm as one of its addresses and states in its short-year 2020 Form 990 that its books were now in the care of the Elias Law Group.

Minyon Moore, longtime top ally of both Clintons, is now listed as part of BLM’s board of directors in the charity’s filings. Nice black lady front: 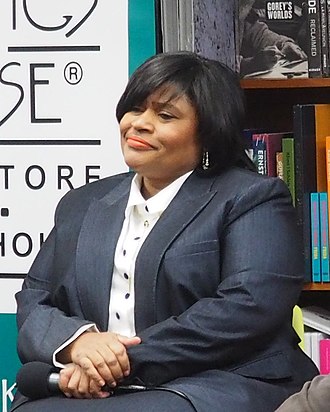 BLM’s national organization repeatedly lists the Elias firm as one of its addresses and states in its short-year 2020 Form 990 that its books were now in the care of the Elias Law Group.

Hmmm… the inviolable “attorney-client privilege” that exists only for the left. I guess we should just take their word for it since they’ve shown themselves to be so credible. Hillary wouldn’t align herself with something that is corrupt!

Since the fake news t hey tel us has already been written,Edited and printed for them to read to us we al know now our M.S. Media give us fake news 24/7