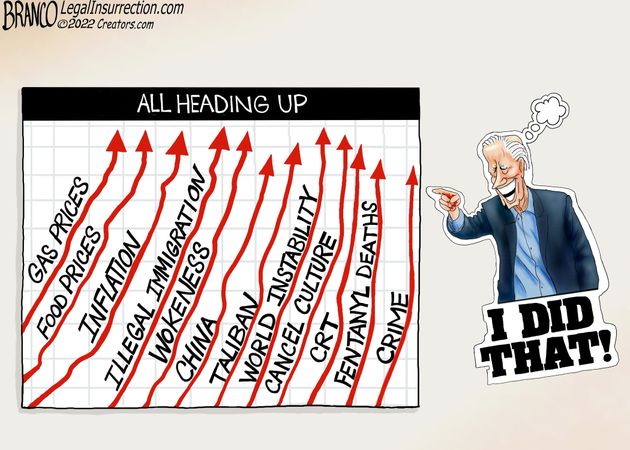 Welcome back to Day 444 of the President “Why won’t anyone talk to me?“* occupation! Straight to the crazy:

4/1 – CULTURAL TERRORISM: The War On Parents Is Heating Up

Declaring that parents are the enemy? Yes, more of this, Democrats – this is the path to electoral victory!

4/2 – Disney Gets Bad News from Parents: ‘It Is Time to Void Your Household Of All Things Disney’

We had just cancelled Disney Plus. And now I’m thinking of taking this one step further and deleting the app from every one of the seven TVs in our household (Yes, seven. But six on them are on the gaming wall I created in our basement). I’m assuming that Disney gets that feedback, right?

The phrase “can’t happen here” only applies until it does.

Yes, I have to take some pride in my ancestral land being at the forefront of standing up to tyranny.

We’re seeing “the hill to die on” being thrown around a lot here. I support this, given that the side that’s not going to die will be the parents. The creeps have been warned.

Friendly advice to The Radical Left (And I will be expanding on this in what will be an at upcoming least two part post): Normalizing Child R@pe is not a winning issue with the Normals.

The theory in here as to how this could lead to Obama back in the presidency would have sounded like tinfoil hattery back in 2016. These days there is very little Leftist insanity that should not at least be considered as serious by at least a few people in power.

Q: Lack of self awareness or arrogant gall?

4/8 – Environmentalists Want Us to Freeze, Starve, and Die

If we want to be completely honest…

On a side note, one of my job’s news roundup newsletters unironically hd these two headline back to back a few days ago:

USA Today: ‘Step in the right direction’: TSA to adopt gender-neutral screening to be more inclusive

There is nothing I can add to that.

Used to be people taught their children not to talk to non-family adults about sex AND promise to keep it all a secret from “mom and dad.”
Now the dems want to make just that the norm.
If a ”teacher” is willing to quit his/her job rather than NOT groom children, we are all better off without him/her.

And secret hormones and puberty blockers?
Puberty blockers + cross sex hormones not only sterilize child.
They leave boys with micro penis.
They often cause girls to need hysterectomies in 20’s.
Bones do not get stronger, brain development is affected.
They need hormones for life.
Long term effects are not well-known, but in the countries in Europe who have begun to track them, they have pulled back from medicalizing children due to significant issues, such as osteopenia in 11 year olds!

As The Vodkapundit likes to say, “We are living in Heinlein’s Crazy Years”

We’re seeing “the hill to die on” being thrown around a lot here. I support this, given that the side that’s not going to die will be the parents. The creeps have been warned.

Friendly advice to The Radical Left (And I will be expanding on this in what will be an at upcoming least two part post): Normalizing Child R@pe is not a winning issue with the Normals. 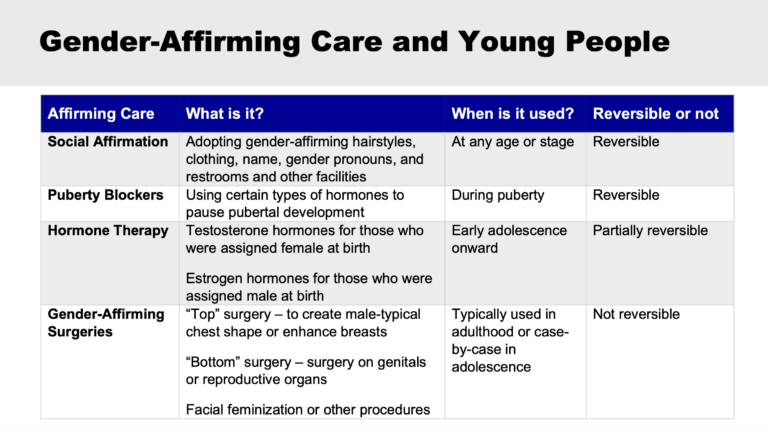 When did children become infallible?
When did children start looking at the long-term up and down sides of their decisions?
They didn’t and they don’t.
It’s a big mistake to set them up as so sure of themselves as to allow an irreversable damage to be done to them because they are confused.

And when did The Radical Left decide that mutilating children was cool?

And when did The Radical Left decide that mutilating children was cool?

Well, Brother Bob, you’ll need to go back a while to get the answer. Perhaps you could start with the Harvey Milk ilk that assured us “straights” that all they wanted was the right to the same legal protections (such as inheritance and other ‘marital’ laws offered) and not our children. It was nature, not NURTURE, remember?

It was not true then, and it is not true now. How do you keep a movement going? You recruit new members to the movement and as Marx explained quite well, give them a year with your children and those children will be good little Marxists, or some LBQXYZ variant, forever.

Little do they know that they can all look in their pants for gender affirmation.

Ok bugs might not be soo bad…
https://www.foxnews.com/science/japanese-scientists-create-meat-from-poop
ERK ka Bluuuh hold up my hair. This is Bill Gates level of gag.

Well, Democrats create legislation from poop, so this would be a natural progression.

I have a friend who is an egg rancher.
They run “bird flu” tests regularly.
But, recall when covid testing was using super-sensitive PCR tests that could find covid in anyone?
This guy’s ranch is bird flu free according to his traditional FDA approved testing.
But the feds are coming in with a bird flu PCR test that keeps finding bird flu in healthy birds.
Then they want all the birds killed and disposed of.
He was fighting them but lost.
He really thinks the gov’t is manufacturing a food shortage issue so they can solve it.
The Chinese commies have locked down Shanghi without adequate food and people there are going crazy.

Where’s PETA when you actually need them?

4/1 – CULTURAL TERRORISM: The War On Parents Is Heating Up

My daughter was a school nurse and she couldn’t even administer an aspirin without parental permission. Schools think they have the authority to change the physical development of a child without the parents’ permission or even knowing? That’s some serious elitism.

4/2 – Disney Gets Bad News from Parents: ‘It Is Time to Void Your Household Of All Things Disney’

Karey Burke, head of Disney entertainment said her son told her there were lots of gays out there, so Disney better start pandering to them. In other words, if they didn’t think there was a 30 to 40% potential customers, they wouldn’t be gaying Disney all up. It’s about money, not “rights”.

Luckily, the “authorities” are always right and recommend the best medical practices. Right?

What’s wrong, couldn’t Soros get universal absentee voting illegally enacted and there were no fake water mains to pretend to break?

“Indoctrinate the children before they become too normal to understand how sickeningly deviant the LGBTQ world is.”

I guess Obama could provide a birth certificate for Barry Sorento or some other name and claim to be a different person to run again. No doubt Garland would approve after a tough, thorough examination.

The left have made a living out of telling the public their failures are not failures. Obama’s and idiot Biden’s economies are “booming”, the Afghanistan withdrawal was “as good as could be done”, the border is secure and the masters of disinformation will tell us what disinformation is (and isn’t). It would be wise to NOT believe them. Maybe if lemmings like Applebaum weren’t so afraid of what they would probably find, they would have HAD a little more curiosity about Hunter’s laptop. Is disinformation the same as suppressing valid information we need by the left wishes we didn’t know about? I don’t recall “You can keep your doctor” ever drawing a “fact check”.

4/8 – Environmentalists Want Us to Freeze, Starve, and Die

I’ll view environmentalists as credible as soon as they give up all the modern perks they deem so destructive. Currently, I see the most vocal having the largest carbon footprint.

USA Today: ‘Step in the right direction’: TSA to adopt gender-neutral screening to be more inclusive

A friend of mine that has a Federal Firearms License says that anyone that checks anything but male or female on an application to him will NOT get his approval. He feels anyone that can’t tell what sex they are do not need to be handling a weapon.

I wonder if I can get a job with the government solving problems that don’t exist?