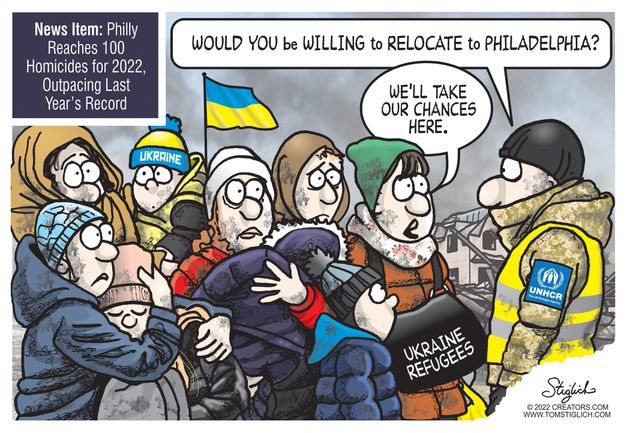 Welcome back to Day 430 of President Groomer’s* occupation!

The Other McCain takes a good look at a fellow blogger

Two from McCain in one week? Yes that happens when he expains the importance of 1/6 for The Radical Left

3/20 – The New York Times tells us that “America Has a Free Speech Problem”, without noting that they are part of the problem

More on The NY Slimes in a moment…

Good post, tho I’d be OK with just summarizing that The Republican Party was formed to take away the Democrats’ slaves..

Back to the New York Slimes. They need to be investigated

Yeah, I normally don’t post twice on the same subject and from the same source, but this is a level of corruption that needs more attention

Snowplows and barricades were utilized to block the off-ramps. Unfortunately, this not only illegally stopped the trucks from entering the city, but stopped all vehicles, causing even more back-ups, delays, and frustration. At times, traffic came to a standstill, and drivers exited their vehicles.

At this point all truck drivers, whether participants or local delivery should have responded to the DC government, “Your counter offer has been accepted. EMBARGO ON! Now… Who run Bartertown?”

3/25 – The GOP Needs to Reject Losers Like Eric Greitens

Kurt Schlicter’s columns could be in here every week for their titles alone.

ICYMI – I posed the question, Is The Democratic Party a Hate Group? An Objective Look

But don’t some people just having it coming?

So, they AREN’T pursuing truth, justice and the American way? I’m shocked. This is my shocked face.

3/20 – The New York Times tells us that “America Has a Free Speech Problem”, without noting that they are part of the problem

Isn’t exterminating free speech part of their charter? I guess it would surprise some to understand that teaching HISTORY or other subjects is not a matter of being able to express the teacher’s opinions. That is, in fact, a great, big problem. But, yeah, those who are offended by everything seek to suppress anything “offensive”.

But wouldn’t knowing the facts about slavery in total make it more difficult to politically and racially exploit the topic? C’mon, man! THINK!!

I guess the leftist government message is, do not embarrass the left by exposing what they really think and say.

I’m still curious how some girl’s diary becomes such a national security issue that the FBI has to raid numerous establishments seeking it out and harassing anyone that MIGHT have it.

I noted the same idea when I read this story; it seems the government is accomplishing what the trucker’s convoy was supposed to accomplish. I love it when they step on their own Richard.

3/25 – The GOP Needs to Reject Losers Like Eric Greitens

It may be a coincidence that they were Democrats first, but it is a fact that some Republicans are shitty. Weeding them out is essential. If Greitens were to embrace pedophilia, he could be embraced back in his original party.

“It may be a coincidence that they were Democrats first, but it is a fact that some Republicans are shitty.”