Is The Democratic Party a Hate Group? An Objective Look 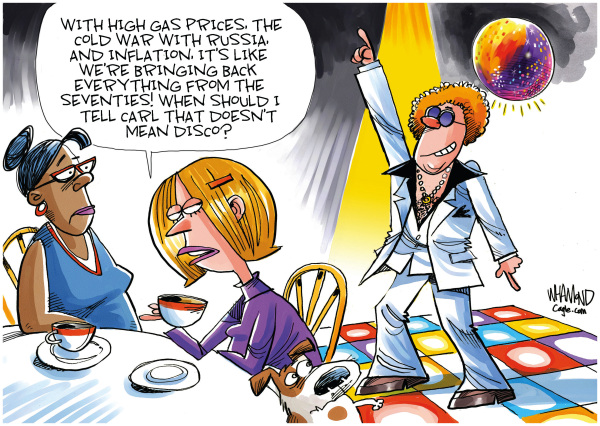 Michael Walsh recently wrote a thoughtful piece, The Specter That Haunts America. His post hits the ground running and never looks back:

Like an evil spirit that cannot be exorcised, the Democrats have been plaguing the United States since Aaron Burr shot and killed Alexander Hamilton in 1804. Ferociously pro-slavery, the Democrats divided the country practically from its inception, blocked the path to abolition and eventually took up arms against the nation after the election of the first Republican president, firing on Fort Sumter and seceding en masse from the Union. And, a week after they had lost that war, one of them assassinated Abraham Lincoln, elevating a Democrat from a Confederate state to the presidency, and plunging the country into more needless turmoil.

One thing I’ve noticed about The Radical Left over the years is that the phrase “It’s everybody’s problem” is actually Leftspeak for “We’ve done wrong and rather than take personal responsibility it’s better to tar everyone.” Two examples immediately come to mind. Remember AIDS epidemic back in the late 80s / early 90s? Hysteria was pushed to the point where one particularly slimy bureaucrat notched up the fearmongering by suggesting that one could get AIDS from simply standing near a family member. In reality, the plague mainly affected gay men, had all of the money spent targeting the entire population been targeted toward that community, lives could have been saved had the money been spent promoting making a few minor lifestyle changes to the gay community, mainly avoiding a few dangerous behaviors. Likewise, remember the #MeToo movement? Or as Chris Plante brilliantly dubbed it, “The Pound Me Too Movement.” We “learned” that all men were now potential serial sexual harassers, and yet when the smoke cleared the prominent offenders we’d learn of seemed to be almost exclusively Leftists in Hollywood and politics. The movement officially died when Leftists everywhere conveniently ignored a certain Vice President who launched her career by having an affair with a powerful male politician.

The point of that not too short tangent is that when Democrats declare that America was founded on slavery, that our national anthem is racist, that our flag is bigotry, etc, what they’re really doing is trying to project all of their shortcomings onto us normals. So instead of fighting the Democrats’ efforts to smear America, a more proactive approach woudl be to take their efforts and improve on them. And yes, Leftists, this is an endorsement of teaching Critical Race Theory in schools, only with some fine tuninig to replace the falsehoods with accuracies. By all means, all Americans should be taught that Democrats:

I could go on all day here, but you get the idea. Obviously, not all Democrats are horrible human beings, and not every Democrat in our nation’s history was a bigoted criminal. Before you Lefties get defensive, I’m only looking to start a conversation. I’m not stating that Democrats are a hate group. Or domestic terrorists. Or enemy combatants. All I’m trying to do is have a conversation. And if you’re not even willing to come to the table to discuss your bigotry, that will tell us all we need to know about you, now won’t it. But a good start might be for all of you to read Walsh’s article so we can begin discussing what kind of reparations Democrats owe to the America’s Normals.

So help us out Lefties, what do you have to say for yourselves?