Is Joe Biden* a Child Predator? 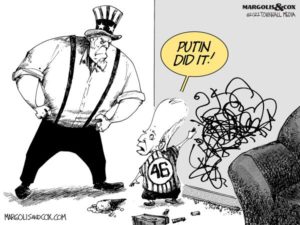 This is one of those stories I meant to write about at the time, but didn’t get the chance to before it got overwhelmed in our ever shorter news cycles. Back in November, Project Veritas (PV), and specifically James O’Keefe’s home, was raided by the FBI. It was the typical predawn / multiple guns drawn shock and awe raid over PV having obtained what was allegedly the diary of Ashley Biden, the daughter of President* Biden. Veritas had been given the diary after being told that it had been abandoned by her at a rehab facility. For all that Veritas gets slanderously derided by The Radical Left for shoddy journalistic practices (Projection is more than just a river in Egypt), PV would not run with the story for lack of ability to verify the authenticity of the document. That should have been the end of the story.

But it wasn’t for the FBI, who used the diary as a pretext for the raid and to leak the story to The New York Times, who curiously enough, is being sued by PV. The diary’s contents are disturbing at best.

“Hyper-sexualized @ a young age,” the page reads. “What is this due to? Was I molested. I think so – I can’t remember specifics but I do remember trauma – I remember not liking the (last name’s) house; I remember somewhat being sexualized with (another female); I remember having sex with friends @ a young age; showers w/ my dad (probably not appropriate); being turned on when I wasn’t suppose to be.”

You can look at the raw uploads of the diary here. There is one part of this story that should have been a screaming, bold headline across the entire Conservasphere, and I don’t understand why it has not. Had the FBI ignored the diary, its existence would never have seen the light of day. Unlike extremist Left Wing mouth pieces (such as The Times), Veritas does not publish what they can not verify. Nobody would have ever known of the diary’s existence, much less its contents. Therefore the fact that the FBI conducted these raids, we are left with two possible conclusions, neither of which is good:

1. If the diary is real – Biden* is a sick human being, and if President Trump had done one tenth of what’s documented here the Legacy Media would have covered it 24/7 for months on end. The fact that they chose to ignore this is distrubing at best.

2. If the diary is false – The FBI colluded with a “media” outlet to attack a journalist and interfere with an ongoing lawsuit.

Neither of these are good prospects to consider. And there’s not a lot I can add so we’ll end this here.

But you have no problem with your Chinese overlords shipping...
They're "Coming for Your Children" - No, Really

These liberals are mentally sick and the only way they can b...

Login
wpDiscuz
119
0
Would love your thoughts, please comment.x
()
x
| Reply
‹ Back to Categories