Transgenderism in children is the new black 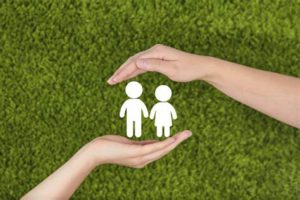 Conversion therapy used to be described this way:

Conversion therapy is any emotional or physical therapy used to “cure” or “repair” a person’s attraction to the same sex, or their gender identity and expression. Providers claim these therapies can make someone heterosexual or “straight.”

Over time it became widely condemned.

The practice, also known as reparative or sexual orientation change efforts, has been discredited by every major professional association that deals with mental health. The assumption that someone’s sexual orientation or gender identity can be changed is not based on medical or scientific evidence, according to the American Medical Association. In fact, the practice can lead to serious harm.

But for some reason the opposite is now not only accepted but it, along with gender reassignment, is being forced into school curricula. Grooming gangs are all the rage in pre-school and elementary education. There is a camp in Kentucky run by obese women bent on teaching pre-pubertal children all sorts of funky lessons. Chris Rufo:

Then it gets really interesting

The founder is a “witch.”

The founder of Sexy Summer Camp, Tanya Turner, identifies as a witch. She says she was raised by “a host of witchy women” in a “coven-like mountain matriarchy.” She uses tarot cards, crystals, and sex toys as part of her practice and encourages people to “join her coven.”

Florida and Texas are two of the few states to attempt to protect children from this abuse and they are meeting stiff resistance. In Texas efforts to protect kids have been shut down by a judge.

A Texas judge on Friday temporarily blocked the state from investigating parents of transgender children who provide them with gender-transitioning medical treatments that Gov. Greg Abbott calls ‘child abuse.’

District Court Judge Amy Clark Meachum imposed a statewide temporary injunction on investigations by the Department of Family Protective Services (DFPS), saying it would remain in place until the case is fully litigated and settled by a judgment or other means. She scheduled a trial in the case to start July 11.

It’s being described a “gender affirming care” but it is a means of recruitment.

In Florida a similar action is being taken and that is to keep pressuring gender transition and in particular transgenderism without parental knowledge out of pre-k and elementary schools. It is being characterized as “don’t say gay.”

The bill, which passed the state Senate Tuesday after passing the House last month, has been dubbed the “Don’t Say Gay” bill by Democrats who falsely claim it bans any discussion pertaining to being gay in the state’s schools.

What this has revealed is how many corporations are in the perverted business of pushing the LGBTQ agenda on kids- Disney, Google, Apple, Microsoft and Meta (Facebook and Instagram).

When it comes to gay and transgender recruiting, all your children are belong to us

“There’s no such thing as other people’s children” say the people who want kindergartners to learn about transgenderism. pic.twitter.com/179Fssm9n0

And we can’t leave Little Red Lying Hood out

The word “gay” does not appear in the parental rights bill. It has nothing to do with LGBT content specifically; it’s about protecting young children from ALL inappropriate sexual content and gender theory instruction. It is the sole right of the parents to discuss those topics. https://t.co/b42LfJVUOC

Dave Rubin, who is gay, takes down this whole thing

On Thursday’s episode of “The Rubin Report” podcast, Rubin criticized the media, Democrats, and celebrities for their characterization of the Parental Rights in Education bill.

“This ‘Don’t Say Gay’ thing — it’s completely ridiculous,” said Rubin. “The media has lied, as they lie about absolutely everything else.”

He played clips of Florida state legislators and a CNN reporter criticizing the bill as anti-LGBT.

Rubin discussed the main features of the bill, including provisions which would:

“Imagine saying to a first grader, ‘Talk to me about your feelings about sexual identity, or your gender’ or any of that stuff,” Rubin said. “It’s absolutely psychotic, we all know it is, but the media just lies and lies about everything.”

Yes, the woke media lies about everything. Too many teachers seem to jump on board whatever woke train is running at the moment, eager to fulfil neurotic sexual fantasies of their own rather than protect the well-being of children. As previously noted, gender dysphoria usually sorts itself out by the early teens with most resolving in favor of their biologic gender. There is enough regret to warrant delay in any irreversible life altering decisions. If a person of majority age chooses to be transgender, so be it. Children can be easily coached, and they are open to suggestion. No one should be pressuring them to join the club or to do anything other than learning the fundamentals.  It is amazing how far we’ve gone from one conversion therapy being wrong to another conversion therapy being right.

It’s time for the pendulum to swing back to center.

Oh, and anyone with a different opinion is a Nazi

Yale professor @jasonintrator is the perfect embodiment of the left-wing pseudo-intellectual: call everyone a Nazi (except actual Nazis), play the victim when challenged, and then delete everything without apology—equal parts fantasy, narcissism, and cowardice. pic.twitter.com/0MnJl1jALQ

The Left became the 1980 Fundie Right they still think they are fighting…forcing their Religion on the rest of us.

There is no LGBTQIA. There are only choices.

Making up new classes of people for whites to pretend they are the new “black” is literally insane.

Transgenderism is a sickness just as the democrat left is a sickness. Neither is sustainable in a free society. It is proper to ostracize those who are gender confused as they have the genitalia of one gender but think they are the other.

They should be committed to a sanitarium.

Report: US Army Mandates Training to Help Soldiers Shake off Their Sex ‘Assigned at Birth’

This is why the military will be unable to defend America when it becomes necessary to go to war against the CCP.

The left is always co-opting words from English and repurposing them to mean completely different things.
So, in the spirit of that, and of commie Saul Alinsky’s Rules For Radicals, LGBTQ no longer has anything to do with sex.
LGBTQ now stands for:
Let’s
Get
Biden
To
Quit.

Sexual deviants teaching mental illness to children. That’s why we lag behind everyone else in education. Leftists.

Look…we are a dimorphic species, and the ONLY way to continue the species is for a functioning XY male to impregnate a functioning XX female. Transgenderism is a MENTAL ILLNESS, just like anorexia, or Body Dysmorphic Disorder. It is insane medical malpractice to use hormone blockers, cross sex hormones and mutalative surgical procedures on people suffering from this mental illness. It is absolutely EVIL to do this to children who cannot enter into a legal contract, pay taxes, drive a car, vote or have a beer all because they are considered too intellectually immature to make decisions for themselves. This push by perverts in positions of medical leadership to impose their sick sexual perversions on confused children is beyond disgusting.

People develop their own sexual preferences over time. Some guys like boobs…others are drawn to female butts…some women like big hairy men and others prefer more graceful less hairy guys. Some people develop unhealthy fetishes….shoes…underwear…whatever you may imagine, somebody has developed a kink for it. That is the foundation of this transgender madness. People are not born afflicted with transgender fetishes…they are GROOMED. That is why these perverts want access to our young children, so they can plant the seed of their own sick disgusting perversion into an emotionally and intellectually prepared mind.

Do not give in to these degenerates. Protect your children.