Biden again trots out his deceased son. Why not talk about Hunter? 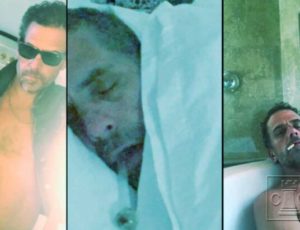 Joe Biden has a shameless propensity for using his deceased son for political advantage. He wields it as an evocative shield- sort of like Whoopi Goldberg claiming to be black, Jewish, Buddhist, Baptist, Catholic and a quarter Mexican.

“I don’t think enough people understand how much we’ve asked of the 1% of this country who put that uniform on, willing to put their lives on the line in defense of our nation,” said Biden, before invoking his son Beau’s military service as a JAG Officer and appearing to lose his train of thought.

“Maybe it’s because my deceased son, Beau, served in Iraq for a full year,” Biden said. “Before that…well,” he continued, briefly pausing and staring into the cameras before resuming his speech.

So it goes with Sen. Kamala Harris (D-Calif.) and the Democratic Party’s current frontrunner Joe Biden, who is clearly still bristling over Harris’s stinger of an accusation that he has a race problem since he opposed mandatory busing back in the 70s. He later explained that he backed voluntary busing, but was against an order invoked by the Department of Education. On Friday, Team Biden, through anonymous sourcing to The Washington Post, made it loud and clear that Biden’s son, Beau Biden, who died of brain cancer four years ago, would be “turning in his grave” over what Harris has said about his father in her quest to win the White House in 2020. (RELATED: Harris, Near Tears, Rips Biden On School Busing)

Biden told CNN how close Harris was to his son. “I was prepared for them to come after me, but I wasn’t prepared for the person coming at me the way she came at me,” Biden told the network that despises President Trump. “She knew Beau. She knows me.”

He did it again last night. First, he declared that burn pits were the cause of Beau’s demise.

“When they came home, many of the world’s fittest and best-trained warriors were never the same. Headaches. Numbness. Dizziness. A cancer that would put them in a flag-draped coffin. I know,” Biden said.

But then he went on to say no one knew if that was true.

“One of those soldiers was my son, Major Beau Biden,” he went on. “We don’t know for sure if a burn pit was the cause of his brain cancer, or the diseases of so many of our troops, but I’m committed to finding out everything we can.”

His son’s passing has become an indispensable tool for his speeches.

But why not talk about Hunter?

Hunter was a very successful energy man in Ukraine, scoring $83,000 a month from Burisma.

Hunter helped China gain control of a cobalt mine in Africa- cobalt being a critical element for electric vehicles.

Hunter showed us how to avoid paying to support your baby mama.

Hunter is an artist.

Hunter showed us the health benefits of crack Hunter was a counselor for an underage girl. 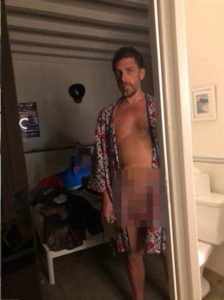 There’s a lot to talk about with regard to Hunter. Why not spend some time on him in speeches? After all, he’s the smartest guy Joe knows. I’m sure he’d love some attention.

This grouper-looking piece of shit needs to be in jail.
Insurrection in Arizona: Pro-Abortion Protesters Besiege State Capitol Building