Is Scholastic Press Creating a Generation of Illiterate White Boys? 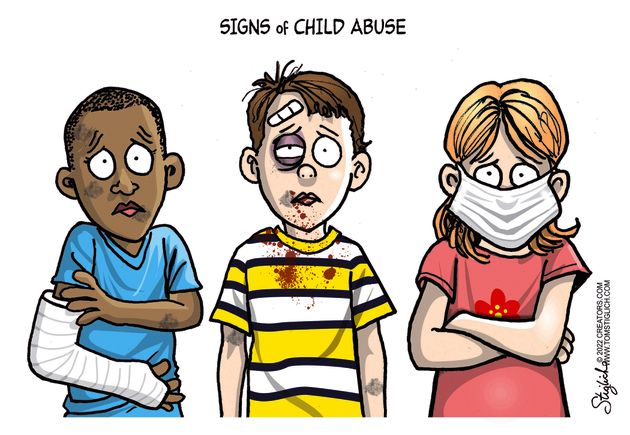 PJ Media’s Matt Margolis recently wrote an excellent piece about the kids’ book publisher Scholastic Press pushing the extremism of The Radical Left onto our kids. The post went up shortly after I found myself scratching my head at the flyer from Scholastic that Little Bob had brought home from school. Of course, if we see something that will capture his imagination and stoke a desire to read I don’t mind eating a few bucks. After he & Sister Babe looked through it together, Little Bob wasn’t all that interested in anything. So I decided to flip through and now I see why. The cover page of the pamphlet immediately sent warning signals: 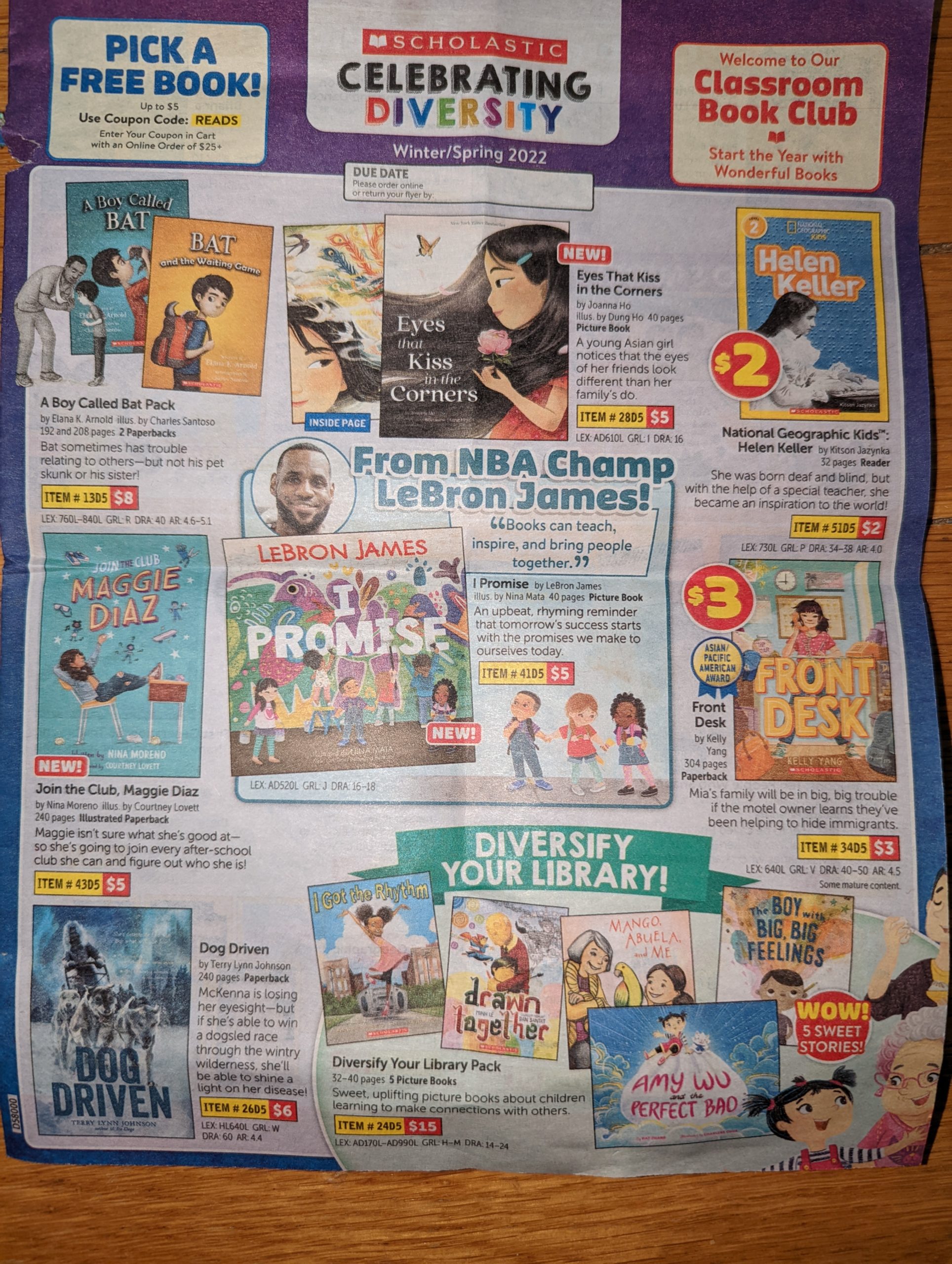 Right at the top we see the banner proclaiming “CELEBRATING DIVERSITY”, which is of course, Leftspeak for “straight white males need not apply”. If my interpretation sounds a bit extreme, I looked through the entire booklet and will share my findings – let me know in the comments if you agree. But before we proceed let’s go back to this cover page. Although the first two books advertised feature a boy on their covers, as you look across the page they are the only two of the three featuring boys among the 13 offered. It goes downhill from here, and that’s before you see book shown off front and center is authored by near-illiterate leftist Lebron James. Onto page 2! 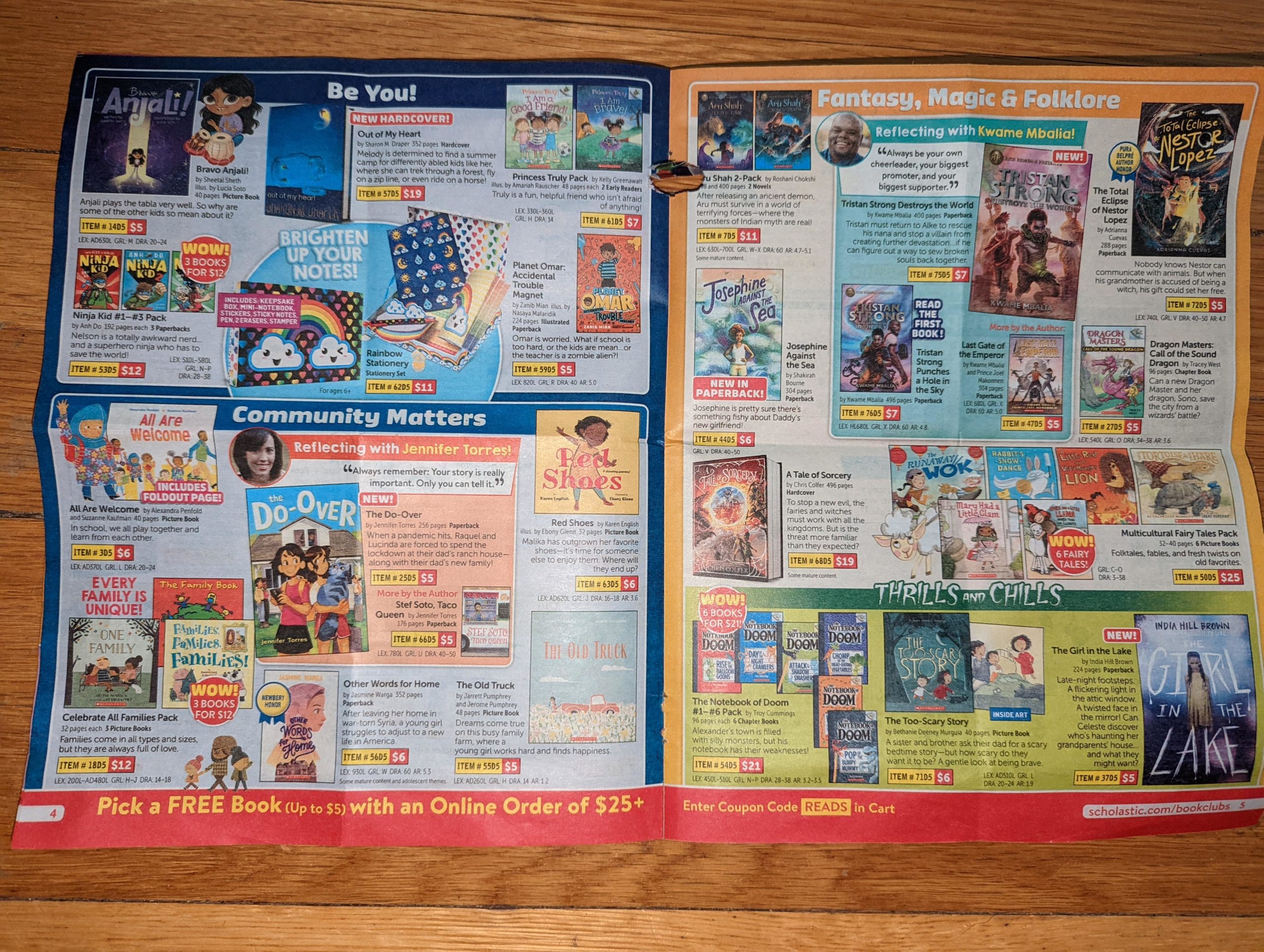 In the upper left corner we see three books about a nerdy white boy, of which would be the last sighting of a white boy on these pages. For real, not on the next two:

And not on the back cover, either: 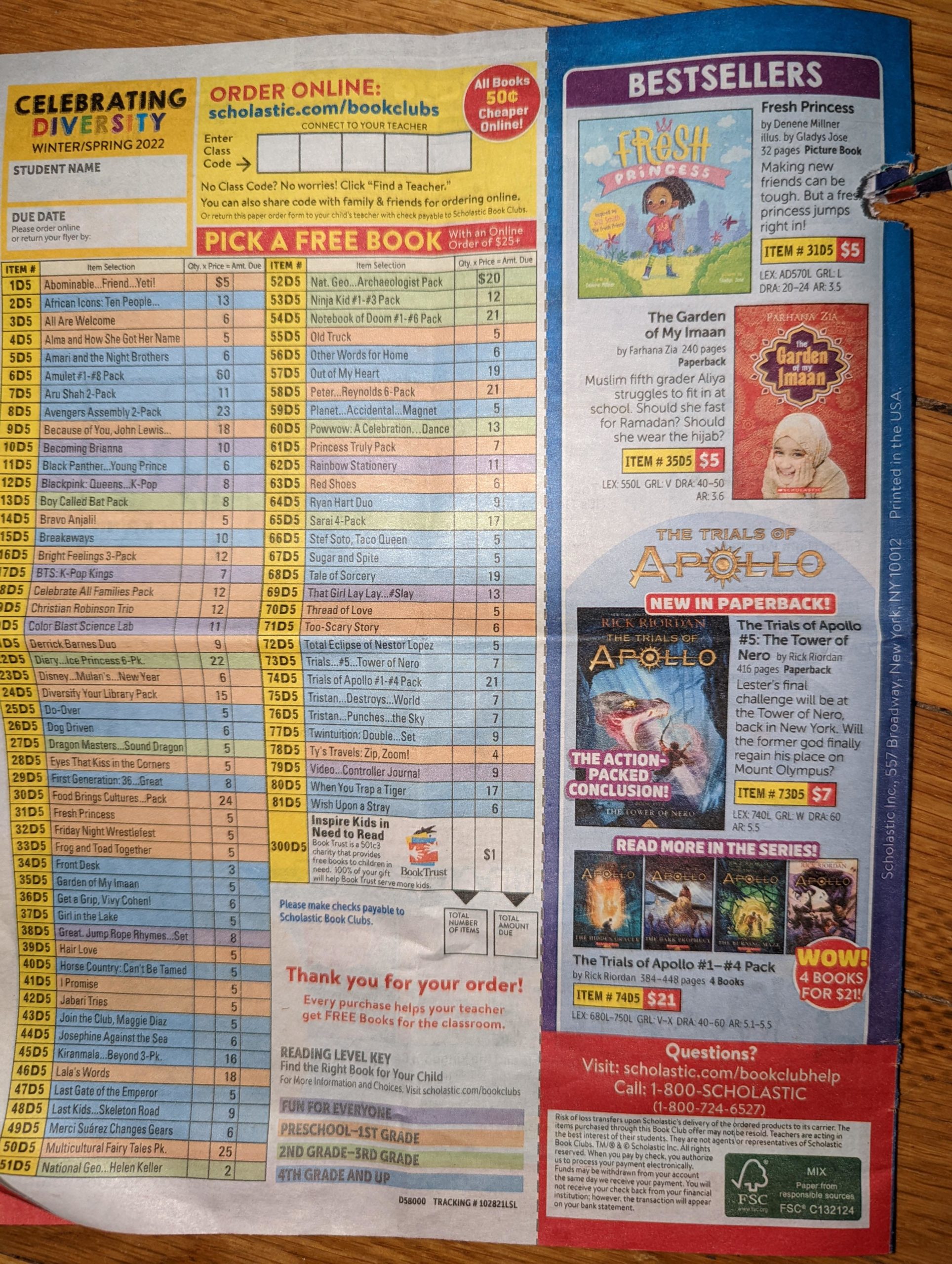 So among the 81 titles, only five have white boys on them. Lest this sound like I’m grousing about “representation”, well I guess I am. Given how much The Radical Left likes equity and representation, somehow I don’t think that taking a demographic that’s probably around a quarter of our country’ population featured in 6% of your books. Not all books featured fictional kids from the diversity checklist – there were also some biographies and topical books. And this will shock you, but none of the biographies featured white men. Heaven forbid the kids learn about our founding fathers, Abraham Lincoln, Thomas Edison, the Apollo astronauts, war heroes, etc.

And of course, the white boys featured are geeky and awkward. Not that I have any issue with this, as I have a bit of experience with childhood geeky awkwardness. But where are the inspirational stories? Where are the stories targeted toward traditional role models for little boys – such as growing up to be a cop, firefighter, soldier, astronaut, pro athlete, or the guy who runs the big machine? For that matter, while he was hardly an alpha male he was no cuck either – where is Encyclopedia Freakin’ Brown?

Any lefties reading my complaint are probably chuckling, “Ha – now it’s wrong when it’s happening to you?” Just like the “Anti-racist” radical Left, emulating bad past behavior that you know is wrong makes you even worse than our ancestors who didn’t know any better. Even worse, now this is targeting children, another favorite pastime of Left Wing Extremists. The solutions aren’t difficult – blend in more kids and variety, or expand the pages if you don’t want to drop any of your precious “Diversity” books. Because at the end of the day, turning your backs on such a large chunk of our nation’s kids is not good for any of us in the long run. Unless of course, the goal is to destroy America, in which case it all makes sense.

TO: ALL LOUDEN COUNTY VA SCHOOL BOARD MEMBERS.
FROM: CONCERNED PARENTS IN DISTRICT.
SUBJECT: YOU’RE NEXT!
Parents send ‘clear message’ to left-wing school board members in San Francisco, boot them from office by overwhelming vote https://t.co/MvFN8OWdVt