Get ready for the climate lockdowns

The good news is that COVID is on the wane.  Dr. Anthony Fauci, seeing his control of the nation slipping through his fingers, attempted to continue the fright mongering

You may be done with Covid, but Covid is not done with the United States

He is even likely to push a 4th injection.

The problem is what is the Biden regime going to do to maintain control over the proletariat? We have a pretty good idea.

Climate change must be #1.

Climate activist John Kerry warned Monday that geopolitical tensions including floods, famine, pestilence, war and rumors of war must all be set to one side as the time has come for another “urgent” climate conference to seal the fate of the world.

Kerry appealed for everyone to focus on him and his climate call as the U.S. and Egypt on Monday launched a joint working group to prepare for the COP27 conference in Egypt’s Red Sea resort of Sharm el-Sheikh in November, AP reports.

The man chosen by U.S. President Joe Biden to be his Special Envoy for Climate said other world tensions, including coronavirus and the ongoing Ukraine crisis, “will not change the reality of what is happening every day with respect to our climate,” and called the issue an “international threat for all of us.”

An international threat is a darn serious thing. That demands compliance from the proletariat. So how do we do that? First, you extend the national emergency

President Joe Biden said the U.S. national emergency that was declared in early 2020 due to COVID-19 will be extended beyond March 1, citing what he called a “risk to the public health and safety.”

In a letter released on the White House website, Biden told House Speaker Nancy Pelosi (D-Calif.) that “there remains a need to continue this national emergency.”

“The COVID-19 pandemic continues to cause significant risk to the public health and safety of the Nation. More than 900,000 people in this Nation have perished from the disease, and it is essential to continue to combat and respond to COVID-19 with the full capacity and capability of the Federal Government,” he wrote, adding that his office has “determined that it is necessary to continue the national emergency declared” almost two years ago.

Next, you need a premise. We have that too. Not accepting climate change as your religion makes you a dissident- a threat who spread disinformation.

Taxpayer-funded National Public Radio (NPR) is jumping on the misinformation bandwagon with a story on Tuesday about Biden’s Energy Department and other climate-change promotors warning that opposition to alternative energy is making headway because of people allegedly not telling the truth.

“The spread of misinformation about solar and wind energy is leading some states and counties to restrict or even reject projects,” NPR said in introducing the piece that rejects any criticism of climate change or the radical policies to fight it like the Green New Deal. “The Energy Department calls it a key threat to decarbonizing the grid.”

And they have targeted someone already.

The NPR piece aired on Morning Edition and targeted a science teacher in Ohio who isn’t sold on wind power as one of the spreaders of misinformation.

“Jeremy Kitson’s a high school science teacher in Van Wert County, Ohio – lots of farmland, soy, corn, some wheat and, about 10 miles away, wind turbines. Kitson knows folks on farms near those turbines who told him,” the NPR reporter said.

“You do not want to live under these things.” Kitson said. “They’re noisy. We can’t sleep. There’s sleep deprivation.”

Being a climate change skeptic now makes you a dangerous person- perhaps even as dangerous as a mom who questions the local school board.

And that’s dangerous. Dangerous enough to be monitored by the FBI or even worse. Worse has already happened.

An FBI Special Weapons and Tactics (SWAT) team, along with state and local authorities, raided the home of an activist mother of four in Grand Junction, Colorado, on Tuesday.

It need not be limited to individuals

“At the end of the day, like, if local governments are not setting rules that allow for the infrastructure to be sited, those policies cannot be achieved,” Mills said.

How do you get compliance in the face of opposition?

Restrictions on travel, use of automobiles and closing racist highways.

No way, you say. The courts will intervene. But remember, Joe Biden doesn’t give a damn what the courts say. John Kerry will continue to fly on a private jet, Barack Obama won’t sell his oceanfront mansion on Martha’s Vineyard, nor will he stop building another mansion in Hawaii that will cause beach erosion.

Just like with COVID, this is not about the climate. It’s about control.

Only be tweeking the numbers can the gov’t claim 900,000 people in the USA have died of covid since 2020.
Most of them were over 75 years old and died of bad treatment for whatever they had along with the cold.
Now, many of those who die are because hospitals fired so many healthcare “heros” for refusing to take the vaccine. This causes lack of care that causes excess deaths.
Early treatment has been ignored.

Joe tried a diversion with Ukraine/Russia, but that just fell apart as Putin recognized two new republics from the Eastern part of Ukraine, both with Russian majorities,
He told Joe he has no intentions of “negotiating” with Joe. 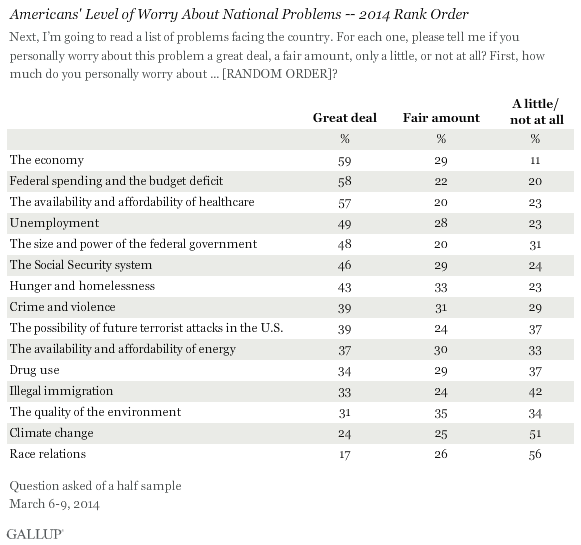 Those damn ‘Climate Deniers’, they’ll be the death of us all:
Massive explosion on far side of the sun could have been catastrophic for Earth https://freerepublic.com/focus/f-chat/4040192/posts

All the renewables in Texas (20% of the grid) just laid down and quit last year when a hard freeze hit and lasted for almost two weeks, replete with snow. But the left blames the Governor and the few minor incidents of gas supplies being interrupted.

By the way, in this day and age of climate change and global warming, what the hell is Texas doing having a 12-day deep freeze? We’ve almost had a repetition this year (and, of course, energy prices are MUCH, MUCH higher, thanks to idiot Biden). I would think this would be a thing totally of the past.

As more and more evidence mounts that “climate change”, which occurs naturally, has occurred naturally for thousands of years, is nothing but a control and get rich scam, the scammers become more desperate to establish their control before it blows up in their lying, corrupt faces.

Duplicate; I thought I lost my post, then it reappeared..

We could be the last generation to remember freedom of movement and choice.

Ahhh the hubris of higher brain function. Those in control have yet to come to terms with their own mortality and are taking it out the plebes that unfortunately have to exist under their leadership. I say exist, because with the headaches they cause, it sure ain’t living.

The notion that the planet can be saved or even needs to be saved is jaw-dropping arrogance of the highest order. To think that a species that has existed 10,000+ years (debate the exact figures amongst yourselves) can save a life sustaining planet that has existed billions of years is ludicrous. Every species that has ever existed on this lovely green-blue ball drifting through the cosmos has gone extinct, and surprise, we’re going away too. But I ask you this, if the human race is obliterated from the face of the earth, will the planet stop supporting life, because we’re gone? I think you know the answer.

In short, these charlatans need to be silenced and dealt with expeditiously and without mercy. Until then, I suggest that everyone gather with their favorite group of like-minded homo sapiens (aka friends) and break bread together (a good bar-b-que comes to mind), enjoys some music…hell play some music together, have some drinks and just enjoy the camaraderie. Do it as much as you can, because it’s going to end regardless of what is futilely done to “save the planet”.

People, excuse me Scheeple, Wake up!
it’s one thing after another…it’s a shiny object, they’re putting charging stations were paying for w/ tax dollars in tiny little rural communities. They don’t even have electric cars! it’s insane… read up on Mass Formation Psychosis thank you for this article brother