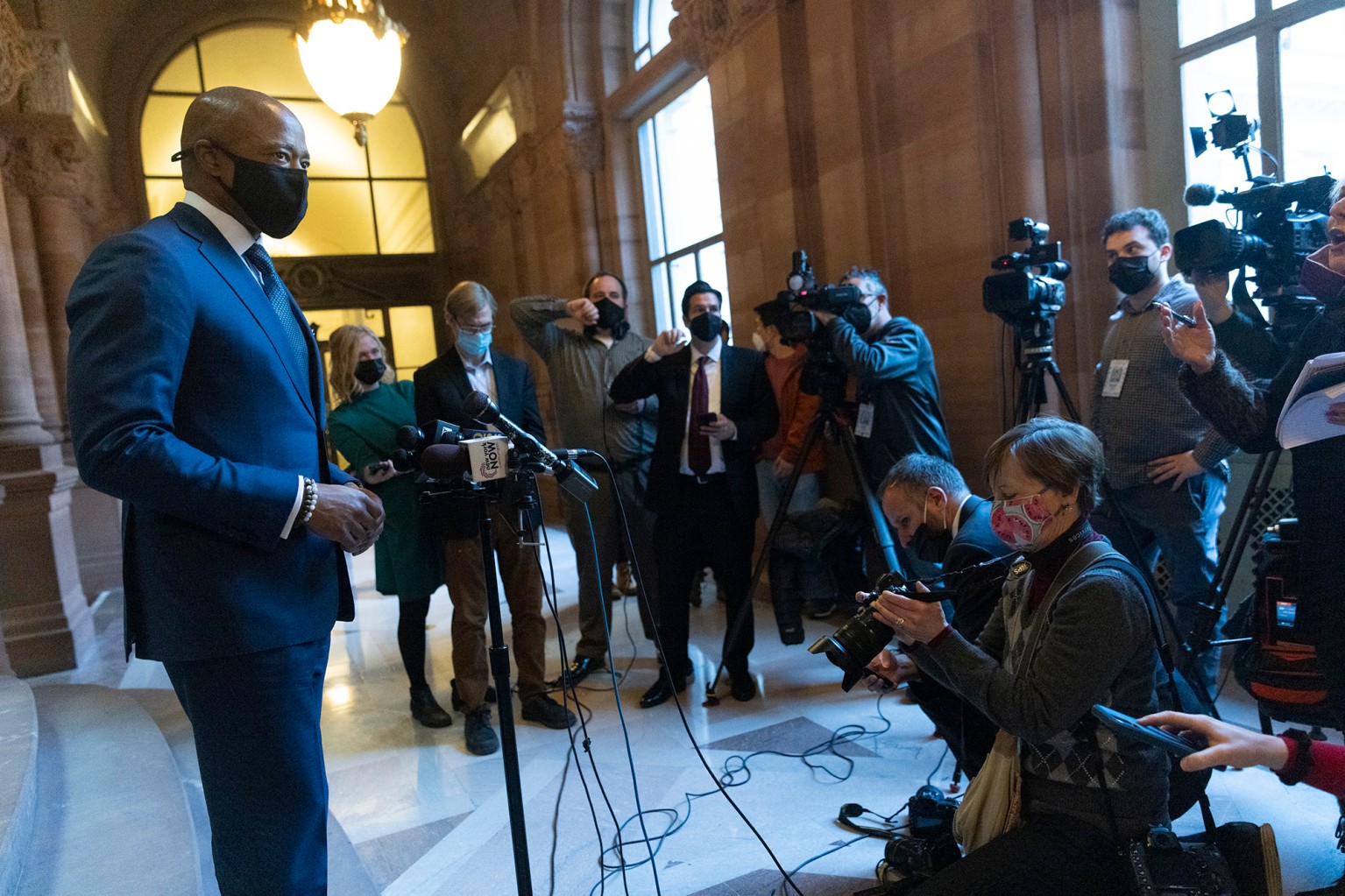 Well, that didn’t take long. It’s said that a second marriage is the triumph of hope over reality. In New York City we see that be proven once again.

There was never any doubt that a democrat would win the NYC mayoral race but there was this thin reed of hope of that Eric Adams would be different. Adams has taken that spent cigarette, tossed it to the pavement and ground it out with the sole of his shoe.

He is your stereotypical liberal ass democrat.

The first major sign was his assignment of blame to white reporters for his problems:

Mayor Eric Adams unloaded Tuesday in an epic rant in which he threatened to stop fielding “off-topic” questions at his press conferences — and blasted the Big Apple’s news organizations over what he said was their lack of racial diversity.

The scolding, which came before an unrelated press conference on summer youth employment efforts, appeared to be sparked by coverage of his failed bid to get state lawmakers to budge on his anti-crime agenda — although the mayor failed to convey how race factored into that.

One day after meeting with Albany lawmakers in what he all but admitted was a failed attempt to roll back recent criminal-justice reforms, Adams claimed that accounts of his trip, none of which touched on race, were unfairly negative.

“If you want to acknowledge or not, I have been doing a darn good job and we just can’t live in this alternate reality,” a clearly angered Adams said.

Adams also warned that if the coverage of him doesn’t improve, “I’m just going to come in and do my announcements and bounce.”

“Off topic” means “I don’t want to talk about it.” Adams was really quick to play the race card

Never mind that it’s the minorities who are suffering the most in NYC.

He went and proved himself to be DeBlasio lite. He plans to defund the police a bit:

New York City Mayor Eric Adams announced this week that the city’s police may receive less or the same amount of funding in the city’s 2022 budget.

Then he went to Disneyland

Adams campaigned for mayor by opposing defunding police. During his 2021 campaign, he recounted that he told a protester in 2020 that defunding police is not a great idea. “Go back to your community, where there is real violence, and tell me you still want to defund the police,” he said.

The mask is off. A lot of us who love the city for what it could be and what it was under Rudi Giuliani are bitterly disappointed. His being an ex- cop in the past gave us hope, but Eric Adams is a freaking charlatan. He is Bill DeBlasio lite.

If there’s anything left to save.

People should be demanding an accounting of where the funds cut from police forces have gone. Also, hasn’t the federal government provided additional funds to supplement police departments that were cut? If Adams is not going to increase the police budget in NYC, where are the funds going?

Honestly, I’m not so sure that is a bad idea right now.

History has shown us that suffering the effects of their own stupidity (as opposed to just pretending to show sympathy for those suffering) is the only way they realize how destructive they actually are.