We’re Told Democrats Are Not Our Enemies. Maybe… But They’re Most Certainly Enemies of Freedom and Prosperity 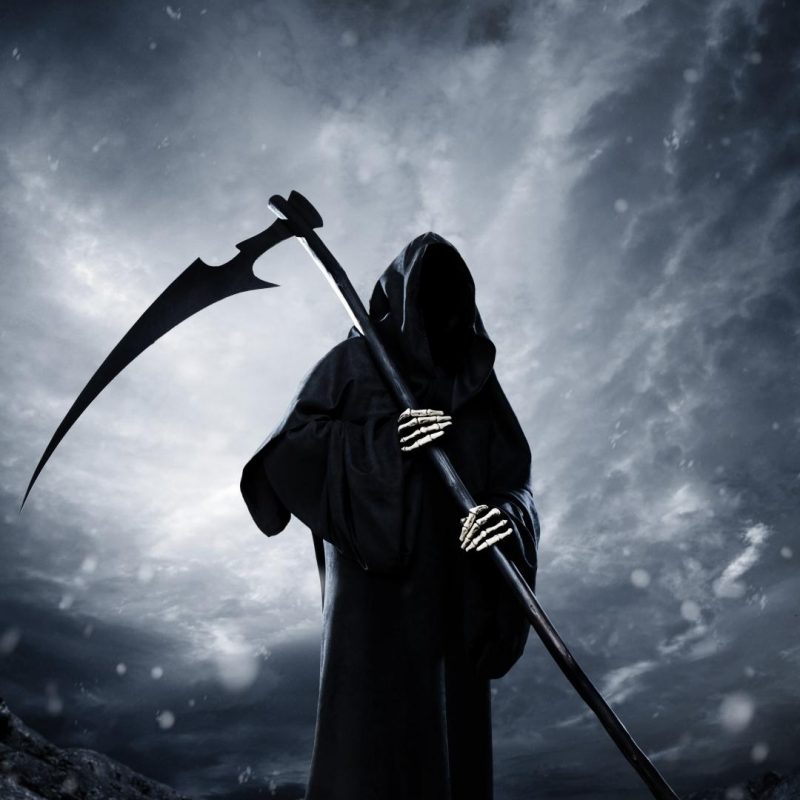 During the late Middle Ages jousting and sacking and pillaging were the normal activities of the day.  1346 was just a normal year and Europe was involved in another of its perpetual wars with the English invading France and others taking up sides.  It was the year after Botticelli was born and right in the heart of the careers of Donatello and Titan.

There was however one event in 1346 that makes it stand out like no other year in human history.  It was the year the Black Death started.  The Black Death was a bubonic plague that struck Europe, Asia and North Africa and killed between 100 and 200 million people.  The plague was brought to Europe from Asia and between 1346 and 1353 it savaged the population.  The population of the entire world at that time is estimated to have been 450 million people and by 1400, almost 50 years after the end of the Black Death, it had only returned to 360 million.

The Black Death was a pandemic, any way you look at it. It was an existential threat to civilization and the continued existence of human life on earth and killed between a quarter and half of the world’s population.

But somehow mankind survived.  Before the century was out Leonardo da Vinci & Michelangelo would burst onto the scene, the Leaning Tower of Pisa and the Kremlin would be completed and Columbus would sail for the New World. The world faced potential extermination and not only survived, but thrived.  Indeed, upon emerging from the savagery of the Black Death Europe would soon find itself in the Renaissance, a period of some of the greatest artistic, cultural and scientific advances in human history up until that point.

The point here?  Humans are resilient.  Humans adapt.  Humans survive.  Humans are not porcelain dolls, fine china nor Faberge eggs.  Humans are… well… human. They are adaptable, dynamic, intelligent and a thousand other characteristics.   Mankind has survived on this planet for tens of thousands of years, and – mostly – advancing itself all along the way.

But you wouldn’t know it from the last two years.

Across the country Americans find themselves cowering behind required paper masks, locked in their homes or limited to where they can go and what they can do, forced to get shots and in some places required to carry “passports” proving that they are “immunized” against what is apparently the greatest killer humanity has ever seen.  .

In a matter of months the United States went from being a relatively free country to being a police state where the government shut down millions of businesses, closed schools and churches and wouldn’t let families visit dying relatives in hospitals or nursing homes.  They forced ostensibly free citizens to wear masks – even outdoors in some cases – and arrested people for being out of their homes – or for surfing, alone! At the same time the government burdened taxpayers with trillions of dollars of debt, and finally, adding injury to insult, they forced millions of Americans to take shots of a new and unproven vaccine, in many cases against their religious convictions, medical advice, and sometimes even when they already had natural immunity against the very virus the vaccines were supposed to protect them from!  In a matter of months the American economy was disemboweled, millions of American people saw their livelihoods destroyed, their businesses crushed and the American people experienced an evisceration of their rights never before seen in the United States.

Not only did Americans allow their leaders to destroy their economies and much of their lives, they allowed Democrats, big tech, the media and the Swamp to use Covid to undermine the Republic and run a coup that installed a dementia riddled man as President of the United States.

And all for what?  An existential threat to humanity like the Black Death? No. The Latin American Smallpox pandemic that took 50 million lives and killed 90% of the native population in early 16th century? Nope. Or maybe the Spanish Flu that killed nearly 2% of the earth’s population in the early 20th century? Umm… No. It was for a flu like virus that killed a total of 900,000 Americans in two years and 5 million people worldwide. To put that in perspective, that’s about 1/4th of 1% of the American population and the worldwide total is a fraction of that. The reported 450,000 American Covid deaths per year is 150,000 fewer deaths than cancer kills annually and 250,000 fewer than heart disease.

But somehow Americans have given up their freedoms, their livelihoods, their Republic and their bodies all within the expanse of two years.  Now most certainly there are those of us who have been skeptical from the beginning, but across the country large swaths of the American population are comfortable with fascism as long as it masquerades as being driven by “science” and in the service of “protecting the vulnerable”.  Americans gave up 250 years of the freedoms guaranteed by our Constitution in the service of a virus from which 99.8% of people recover and those who don’t have an average age of 74 and are afflicted with 2.9 co-morbidities, with hypertension, obesity and diabetes being the most common of them!

A decade ago I wrote a piece titled:  “Can A Nation Built By Giants Survive Nanny State Paternalism? The Numbers Don’t Look Good…” discussing how America had gone from a nation of supermen forging a country out of the wilderness to a disability and food stamp addled morass.  The truth is, what Covid has wrought – or more accurately what we have allowed our leaders to do because of Covid – is far worse.  At least when the country was full of people with their hands out seeking government largesse, those not comfortable being on the public dole could go about their lives largely as they saw fit.  But with Covid, what was previously just a nanny state suddenly became a state of tyranny.

To understand how this happened, recognize that virtually no government employees lost their jobs or incomes because of Covid.  Very few white collar workers, those with the most education and the most telecommute friendly jobs lost their employment or incomes because of Covid. And big business in general and the high tech and pharmaceutical industries in particular flourished under Covid.  By contrast, private blue collar industries, entrepreneurs and small businesses were hammered, with millions of jobs lost and hundreds of thousands of companies shuttered.  Those most in favor of the draconian lockdowns and mandates are those white collar types and those on government assistance or payroll… essentially those upon whom the Covid hysteria’s impact was felt the least, while those most opposed to the tyranny were truckers, hairdressers, gym owners and other blue collar types who bore the brunt of the regulations.  Ask yourself who these two groups vote for and you’ll understand how we got here…

We’re told we have to be civil and that Democrats are our opponents, not our enemies. That may indeed be true.  Democrats may not be your enemy – that’s arguable of course – but they most certainly are enemies of freedom.  They were willing to eviscerate 250 years of freedom in order to expunge from the White House the single biggest threat to the power of the swamp in American history.  The fact that they could get away with it using a virus with a 99.8% survival rate tells you how many Americans have little common sense and even less of an appreciation for the value of freedom or its fragility.

Perhaps America can take a page from Europe and emerge from Covid to enter a new Renaissance, but that will not happen with Democrats or their RINO comrades in office.  Anywhere, anytime, anyplace, from dog catcher to governor to president, if the goal is freedom and prosperity, no Democrat or RINO should ever be considered for a position of responsibility in America.  If they’re allowed to get away with foisting the last two years on the country over Covid, imagine what they will do with a real existential threat, like… say, climate change.