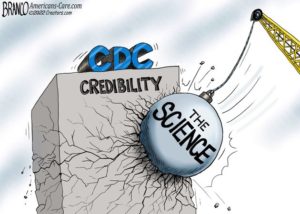 Welcome to Day 367 of the Biden* Occupation! Has it really been a year already? Surely what was billed as “Obama’s third term” has been a smashing success and The Radical Left is thrilled, right? No wait a minute. Ket’s see how things are actually going, first jumping into the Wayback machine of a few weeks ago:

1/9 – Temporary Empty Shelves Are Not a Supply Chain Crisis, It Is Important to Understand the Difference

A bit longer than our usual posts, but if you want to understand the detail behind the supply chain issues this is one worth bookmarking

1/13 – GOOD NEWS, RNC HAS HAD IT WITH COMMISSION ON PRESIDENTIAL DEBATES

Meh. Would have been nice 2, 6, and 10 years ago. And being the GOP, if they actually go through with this they’ll probably find a solution that’s even worse.

Glad we have an honest press to hold Biden* accountable!

It’s important to understand that while we might dislike a lot of Leftists, many of them genuinely hate us. You’ve probab;y already read this, but be sure to check all of the punishments that The Radical Left favors. Mark this one down, as it will helpt to explain what I fear is coming next.

Want to read a roundup of The Radical Left having a collective meltdown over Glenn Youngkin’s first day as Governor of Virginia? Of course you do!

1/17 – Meritocracy Against the Wokes

Another post a bit longer than usual, but it takes the start of the Yougkin administration in Virginia’s efforts agianst it and lays our the arguments for CRT along with the logic that refutes them

Yes, another longer piece, and this one sadly throws some cold water on any excitement we may be experiencing about the truth about The Wuhan Flu starting to slither out

Yeah, I know that Leftist hypocrisy isn’t news. I just have a special place in my heart for shining a light on this particular Leftist cucaracha, along with the rest of her nursing home mass murder cohorts.

Sorry for this being such a Virginia-centric post, but I haven’t been able to post this much good news in a long time.

Almost makes you long for the days when major law firms were doing pro bono work defending terrorists after getting “grants” from iddle eastern governments. At least we weren’t being forced to pay for them

It looks like Biden will allow just a small excursion into the Ukraine. Maybe he is just stopping in for coffee or a burger. That is likely similar to Ike landing at Normandy for a sip of red wine?

Ouch, that is going to leave a mark

And of course, The Bee nails it:
https://babylonbee.com/news/hitler-kicks-off-minor-incursion-into-poland

Got the news right after I published, and I’ll he’ll get a brief mention next week

It’s a shame sanity has yet to make a small incursion in his brain.

M&M Characters Have gone woke.
We will find out that Peanut M&Ms can identify as plain still and keep their nuts.
(not mine but worth repeating)

And yep, The Bee is already on it
https://babylonbee.com/news/mm-introduces-new-trans-character-who-identifies-as-a-skittle

All this week the Left has been pretending they are Republicans who have seen some rift between President Trump and Gov DeSantiss.
Guess what?
It was all imaginary, just like the fake story about the Supreme Court forcing Justice “wise Latinx” into remote setting over masks.

Wait, those “Credible inside sources” are a load of horse hockey? I am shocked! SHOCKED I say!

1/9 – Temporary Empty Shelves Are Not a Supply Chain Crisis, It Is Important to Understand the Difference

The regime of idiots is planning on forcing truck drivers to be vaccinated before they can cross the Canadian border. Between stupid COVID polices and stupid energy policies, the supply chain is pretty much doomed. Of course, not a single illegal immigrant is required to be vaccinated.

1/13 – GOOD NEWS, RNC HAS HAD IT WITH COMMISSION ON PRESIDENTIAL DEBATES

I wonder, why is there never a partisan Republican moderating a debate? Maybe we should have Steve Bannon moderate a Presidential debate and see how the Democrats like it.

Wow. Has there ever been a more fragile, sensitive, pussified regime as the idiot Biden regime? Every iteration of violent death was openly suggested against Trump and even death by AIDS was wished upon his youngest son, but idiot Biden needs to be protected from “Let’s go Brandon”? Censorship is for keeping the truth out of sight of the population and this regime born of fraud needs it in copious amounts.

You know when the Democrats began their push to make ways to cheat in elections the law of the land? When Trump’s economic policies began drawing black support. When Trump doubled his share of black votes, HR1 was proposed. You want some racism? THERE it is. Also, why is it whenever Democrats want to invoke something vile and racist to attack an opponent, they ALWAYS refer to a part of the DEMOCRAT past? Slavery, the Civil War, Jim Crow, the Klan, Bull Conner, Wallace and Davis… all etched into the Democrat character and ancestry.

It’s clear most Democrats don’t even know what fascism or a fascist is. Like “racism”, all it is to them is a nasty name to call someone. Yet, more and more, they BEHAVE exactly like fascists, right up to having their own Sturmabteilung, aka ANTIFA. Because the media will not call out the lies, Democrats are allowed to call failure success and fascism ANTI-fascism.

Democrats hate it when a Republican gets elected on his promises, then commits to fulfilling those promises. They were infuriated at Trump for that and now Youngkin is following the same pattern. Worse, look at the bench Democrats have compared to Republican choices. That’s enough to piss you off terminally.

1/17 – Meritocracy Against the Wokes

The left thinks those who, because they consider themselves “victims” and refuse to compete in the meritocracy should benefit equally to those who work their asses off. In fact, some regard dedicating one’s self to preparing for a successful future as “acting white.” But, consider this: if you live in a cartel-controlled region of Mexico, if you are going to survive, you will have to participate in THAT “meritocracy”, i.e., become a drug peddling cold blooded killer. If you don’t compete in THAT meritocracy, you will most likely be killed and discarded. Your only option is to escape.

The same holds true in the meritocracy of capitalism; if you want to exist and survive in it, you play THAT meritocracy game. Not everyone is capable to excel, but anyone can survive because there are so many opportunities and the nature of it is generosity. But rewarding anti-meritocratic behavior, just as allowing non-criminals to exist and become “snitches” in the cartel meritocracy, threatens the meritocracy and the society within which it exists itself. If you don’t want to contribute to the overall good of that meritocracy, go find yourself another.

I think they planned to use COVID to justify their election fraud 2.0 campaign in 2022, but the fact that those who criticized Trump so vehemently for “failing” are doing an even worse job of addressing the virus, even with more tools, is going to hurt them terribly in 2022. Now they’re trying to make COVID go away.

She might as well stage another “kidnapping” and hold herself ransom, ala “The Big Lebowski”.

Democrats repeatedly show that from their elitist coastal enclaves, they have no idea how their STUPID climate policies affect the lower and middle classes… nor do they care.

No link, but I wonder if I could get a job being a lawyer for illegal immigrants? I wouldn’t win many cases, but I could make a lot of money and, in the final analysis, isn’t that what it’s all about?

they ALWAYS refer to a part of the DEMOCRAT past? Slavery, the Civil War, Jim Crow, the Klan, Bull Conner, Wallace and Davis… all etched into the Democrat character and ancestry.

Always my retort to “They don’t want to teach slavery!” I tell them I’d be happy to teach the Democrats’ legacy of slavery, Jim Crow, segregation, etc