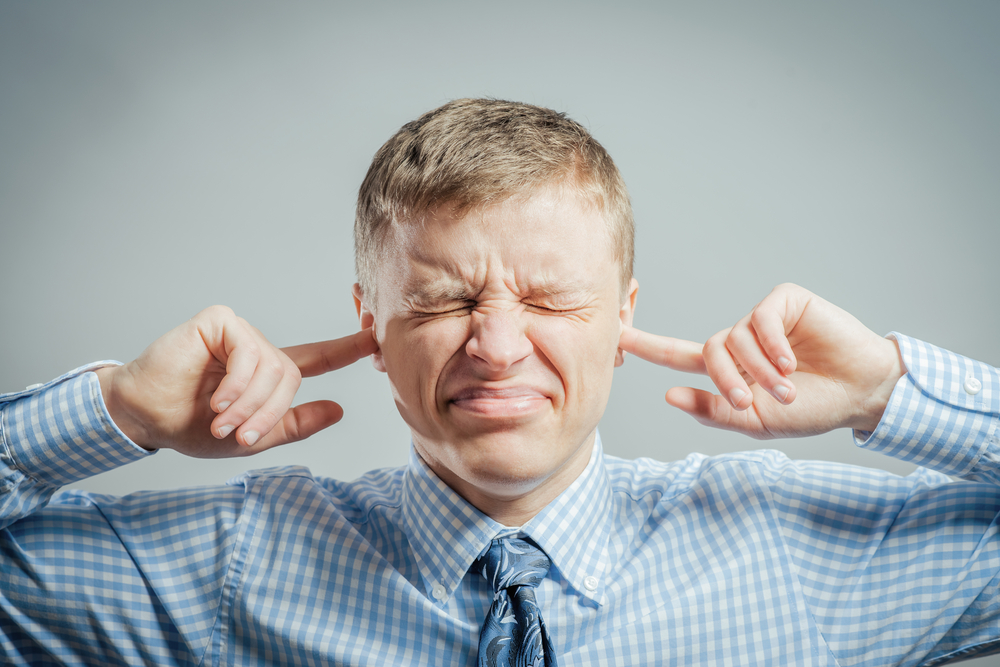 As we approach the end of 2021, California’s problems have become an embarrassing example of failure in management from the supply chain crisis to high rates of COVID despite draconian measures up and down the state on masks and vaccines. However, one topic that hardly got mentioned this year was the lack of transparency around California’s spending. As of today, California remains the only state in the Union that does not have transparent spending reports.

Adam Andrzejewski, founder of Open The Books, hopes to change this through his lawsuit against California Controller Betty Yee. Article 1, Section 9 of the US Constitution, states that “a regular Statement and Account of the Receipts and Expenditures of all public Money shall be published from time to time.” Adam believes that with the age of the Internet, there should be no excuse to not be transparent. “Transparency is transformation. Transparency revolutionizes US public policy and politics.”

Controller Yee has refused to provide a copy of line item vendor payments. In a Sacramento Supreme Court, the organization is waiting for the judge’s order, who has been “thoughtful and diligent”, according to Adam. “Open The Books” files 40,000 Freedom of Information Act requests per year and they have made line-by-line spending since 2001 for 49 of the 50 states, transparent on their website. California is the lone holdout.

Adam believes Yee’s arguments are weak. “[Yee] has not disclosed and refuses to disclose even a single expenditure from last year. She rejected our requests, saying incredibly, that she can’t ‘locate any of the 50 million bills she paid last year.’”  In addition, she argued that the public interest served by not disclosing the line-by-line California checkbook to the people outweighs the public interest in disclosure. Says Adam, “they’re basically telling you, ‘go away, you pesky citizen. We know better than you. We are going to keep it hidden for your own benefit.’ And we fundamentally reject that.”

Adam’s confidence that the books in California will eventually be opened is not without precedent. In 2012, they sued the Republican comptroller in Illinois who claimed the state “doesn’t have a magical checkbook. And we reminded her the state doesn’t have magical taxpayers either. Within nine months, we opened up seven years worth of line by line spending. In 2018, we sued the Republican state auditor in Wyoming, Cynthia Cloud. She claimed that it would take years to produce a single year of state spending. When the new state auditor came in, within the first 30 days on the job, she opened up six years worth of line-by-line spending.”

In California, Adam expects to “fight tooth and nail. We expect to get a favorable order that starts the process of opening the books, and we fully expect the controller to appeal it. There’s an interesting PR twist that won’t serve the controller well. When [Yee] appeals that order to writ of mandamus, she’s filing suit against the superior court judge who has ordered her to open the books. So she’s basically suing the judge in the appeals court, to keep the checkbook hidden and we like the optics of that.”

Controller candidate Lanhee Chen is also using the need for transparency as his primary reason for running for office. He has now launched his campaign to provide an alternative to Yee. Chen told me in an exclusive interview, “We don’t actually know how $300 billion in the state gets spent. If you’ve used Excel before, we should be able to figure that out of the state of California. Even in Illinois, where past governors are in prison, they have transparency that we don’t have here in California. It’s unacceptable.”

Why should national taxpayers be interested in this California suit? $320 billion was spent last year in California. A third of the money came from outside of California, went through Washington DC through Congress and then came back to California.

California is not the only offender of some of the most egregious spending in the United States. Open The Books was the organization that did the federal spending calculations on the haphazard pullout in Afghanistan, finding that $83 billion was spent over 20 years, with expensive military equipment left behind. Some compelling visuals included the Blackhawk helicopter being flown around by the Taliban. That cost taxpayers $21.3 million. There were also 200 airplanes delivered to the Afghan national security forces and a 7,500 member Afghan Air Force. None of this heavy investment was sustainable.

Interestingly, Adam’s organization used data that was proactively captured ahead of time, as well as government audit reports. Likely because of the embarrassment, some previously available government data has now been removed. “We launched this [Afghanistan audit] in my column at Forbes. Within a couple of hours of the launch, the State Department gave guidance to the Government Accountability Office and the Special Inspector General for Afghan reconstruction, to rip down the audit reports that our reporting was based on. However, we had proactively downloaded those audit reports. They erased them from the internet almost immediately. We reposted them with our branding. When the Washington Post, for instance, linked to that report, it went to our website, which was the only spot on the internet [to find this data].” WaPo used Open The Book’s data to fact check politicians talking about equipment left behind, also linking to their website’s analysis.

Open The Books also exposed Mayor Bill DeBlasio’s wasteful spending when he announced his presidential run last year. Working with the New York Times, they found out that DeBlasio’s $36 million rat extermination campaign was a gross failure and citizens saw more rats than ever. The headline was that the rats outfoxed the NYC bureaucrats. Working with CNBC’s show American Greed, Open The Books was featured heavily in the hour segment, where they were featured six different times, talking about how Congress writes the rules, the rules are lax and legal but unethical behavior results.

One of the biggest stories of 2021, besides the staggering costs of US military gear left behind in Afghanistan, was their investigation published in January. This was on the highest compensated federal employee in the land, Dr. Anthony Fauci. “When we launched our story, many people had questions like how a director of a sub agency of a sub agency outearn the President of the United States, or four-star generals of the United States military with millions of men and women in America under their command, and 4.3 million federal employees? This year and past years, he was number one. In 2019, he made $417,000. This year, he made $434,000. Many people don’t know that his wife also makes a lot of money at the National Institutes of Health. She’s actually the common ethics czar at the NIH. So if Fauci is greenlighting gain of function experiments, she’s approving that. She makes more than Nancy Pelosi makes. Pelosi makes $223,500, a speaker of the house, Anthony Fauci’s wife makes $232,000.

We filed additional Freedom of Information Act requests for his job contract with all amendments, changes and vendors, his conflict of interest, financial disclosures, his job description, and the royalties from pharmaceutical customers [if any], because that could be a potential conflict of interest during the pandemic. I wrote to Fauci directly. He was aware of our Freedom of Information Act request, but did nothing about it. We partnered with the Legal Eagles, Judicial Watch, and sued them last month in federal court, so we expect to get that record.”

Open The Books also highlighted their audit on the Cares Act. The Paycheck Protection Program money, supposed to relieve American businesses, went to about 400 companies domestically that were controlled or heavily invested in by the Chinese Communist Party. “So this was PPP for the CCP.”

“In September, Joe Biden called a press conference, where he announced his vaccine mandate on private companies of 100 or more employees, an arbitrary number. We found the enforcement mechanism in the Social Infrastructure Act. On page 168, they were going to use the regulatory state, OSHA, to increase the fines by tenfold up to $700,000 per willful instance. They want to bankrupt private sector companies that don’t follow the rules. And thank God, the federal courts stepped in to stop this.”

Open The Books’ objectives for 2022 include completing their Genome Project, named after the medicines mapping the human genome and ushering in a new era of medical reforms and technologies. Adam wants to see this transparency on all states’ spending, with everyone posting every dime online in real time, which is their mission.

“It’s not enough to open the books, you’ve got to audit the books or audit to make national news. Last year we did 42 investigations and audits and published them. This year, we’ll complete 300. Next year, our objective is to do 500. I encourage everybody to go to our ‘Waste of the Day’ column. We publish a daily example of waste, fraud, corruption and taxpayer abuse.It is also syndicated by Sinclair which is a Fortune 500 broadcast company with 190 ABC, NBC, CBS and Fox affiliates across the country. So that’s our objective in 2022: hold them accountable. There’s no apparent terms about waste, fraud, corruption and taxpayer abuse right now. We’re on a war footing and are serious about shining a white hot spotlight on all of it, the entire government complex.”

The real issue with CA’s elites and their budget line items in CA is cronyism.
When taxpayers see how many family and friends of officials are sucking off the taxpayer teat they will turn on CA’s elites fast.
Taxpayers, thankfully for the elites are now a manority in CA.
So, they might survive such an exposure.
But their party days would be over.
It would be work, work, work all the time.

Yes i live in California and our Governor is a bumbling,Stumbling dunderhead

More government money is wasted than is spent on its intended purposes. No one is held accountable and the solution to wasting and mismanaging money it to simply provide more money.

Democrats have spent $5 trillion and want to spend another $5 trillion, and that is over and above the federal budget. They should never be allowed access to taxpayer money.