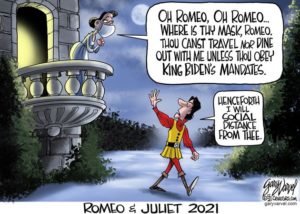 Greetings, fellow Sword and Sorcery geeks. For those of you who’ve been disappointed with Game of Thrones, relief was in sight when you learned that Amazon was turning The Wheel of Time (TWOT) into a TV series! At least, you did when you heard about the series finally being produced after *decades* (and I’m not exagarrating) of this saga languishing in Holywood production Hell. But of course, being today’s Hollywood they had to ruin it.Your first warning came long before this series went to broadcast.

Let’s back up a bit for anyone unfamiliar. Back in the early 90s, Robert Jordan began a series of fantasy novels known as The Wheel Of Time. And for a while it was some amazing Fantasy work, comparable to the first three books of George RR Martins’s “Game of Thrones” (GoT) books. And just like GoT, TWOT went off the rails after a few books, but managed to close strong. Unlike GoT, which I’m not sure hasn’t ended yet (I watched the series but stopped reading after the 5th book). Although TWOT went horribly wrong for a while, the series closed strong, especially in the last three of the 13 book series. Which makes what Amazon’s done to the series so disgusting.

At this point, if you haven’t read the books, I apologize for the level of inside baseball. I can’t explain everything for the non fans, as it would bloat the post, and  I’m not calling them spoilers since the series started 30 years ago. Read the damned books. So let’s dive in…

As I write this I’m actually on vacation. Normally I wouldn’t blog on vacation, but this is too rich a topic, and I’m amazed that none of my favorite pop culture YouTubers have jumpoed on this. As for my situation, Sister Babe and the mom of one of Little Bob’s buds stumbled upon a killer beach house on deep discount, which we’re using as a pre-Christmas mini vacation. I was already planning in not watching TWOT when I’d learned that right off the bat they’d race-swapped three main characters (for the fans, it’s Perrin, Egwene, and Nynaeve). I was just planning on a simple, uninterested boycott, but when I’m on vacation I like to watch/read subject matter I normally wouldn’t. couple that with our beach house predecessor forgetting to sign out of her Netflix / Prime / etc accounts, I figured I’d check to see how bad bad could be. And holy crud, TWOT managed to be worse than I could have imagined. Or maybe I’d give them a chance if book three’s episodes decided to even up the race swapping by making the Sea Folk a bunch of pasty Gingers. But I digress…

The first book, The Eye of the World opens with a prologue from a previous age where Lews Therin breaks the world in the process of fighting The Dark One. Cut to Chapter one, with our main character, Rand Al Thor walking with his father, Tam just outside their village. The Amazon series wastes no time in informing us that we’re not getting the same story by opening with Liandrin leading a group of Red Ajah to hunt down and still a man who can channel. Wait, WTF? Liandrin doesn’t even appear until The Great Hunt! She’s already happening?

The next scene takes us to Two Rivers’ Womens’ Circle meeting (And a very diverse crowd at that – only missing a wheelchair bound trans-woman in a hijab) in the woods to initiate Egwene and braiding her hair. As I’m writing this I’m partially into the third episode (I can only watch after the rest of the house has gone to bed – I don’t need Little Bob or his friends having nightmares about the Mydraal. Or toxic woke feminism). So how else did they violate the characters, Two Rivers, and the story in general? Let me count the ways:

There are a few more details I left out, but you get the idea – and we’re barely into the series. Here’s the worst part about all of the garbage listed above – It is completely unnecessary! How so? While not woke, the books feature elements that a healthy Leftist culture would be applauding instead of perverting:

I’ll keep watching over the next few nights, and when we depart so will my interest in the show. And it’s a damned shame, as book 2 (The Great Hunt) is one of my all time favorite books. And there is zero chance I’ll be watching.

Sadly, this tweet sums up for whom the Amazon series – it includes many interest groups, just not ofans of the actual books

#WheelOfTime is feeding us! So refreshing to see in a gorgeous epic fantasy series 😍 pic.twitter.com/kXBEgkIjCO

So, I’m watching the series and read the books. It’s tough. Yes; it has many of the “woke” things described, and yet…when you look at what the female writers did, they did not make the men weak little betas.

Morraine and the Amyrlin love b.s….didn’t like that much at all.

But as for how the Aes Sedai act? With the powers they have? I thought it was fantastic.

Lan is great. Morraine is great. Loial, Mats, and Valda! Good actors. The actor they got for Rand is perfect.

I’m enjoying it very much, and while it has all the fem-centric things you say above, Bob, it also seems like much of the story is still intact.

What’s really missing is how the One Power works: the female side and the male side. Hope they get to that.

Anyway, I’m going to take a lot of sh*t for this, but I like it. Warts and all….haha.

It really depends on how they handled the following scene:

That will be the real test…showing the men using the male half without reservation. Makes the Aes Sedai looking like they are just knitting hats all day.

Agreed on the specific casting you mentioned, but not much else. If I hadn’t read the books I’d have thought that this was the tale of Moraine & Nynaeve. Glad you’re enjoying it

I had to stop watching. They cut out the part where rand brings tam back to the village on his own….

Even still I persisted thinking changes were necessary and then they wasted a whole episode on the death of a warder who was a minor character at best.

They showed Rand carrying his father in the 7th episode. Not much, but it is there…

I didn’t get the episode of Warder Mourning, either. Why would you add something that neither helps the story nor advances their woke agenda?

Never read the books but after the Lezbo scene I threw in the towel. My wife and I watched a trailer and thought, “hey this might be interesting.” As I watched I did notice the “racial diversity” and I remarked to my wife that it seemed to be a Radical Feminist wet dream on video, which got a pillow thrown at me. She agreed that it was a maternalistic viewpoint. (So I was right, just in a crude Neanderthal way…LOL)
The acting was good and visually it was excellent. But it crashed and burned with the Woke Crap.
Sad, it seemed to have such promise. Might read the books.

Haven’t gotten to the lesbo scene yet, but even if both chicks are hot there was no need to add it. I might have to write a follow up post to warn new readers how to enjoy the books. They go off the rails for a bit before a strong finish

The left has to propagandize everything possible because their ideology sucks. I can imagine the Olympic coverage becoming more like “Triumph of the Will”; the left ruins everything.

Merry Christmas to you and yours, Brother Bob.

Thanks, DM – Merry Christmas to you & yours as well

Mr Jordan’s publisher wife got flattered into this “version” of the story. I stopped reading once I finished the book with knives in the title.
It seemed like it was turning into a formula.

Funny, as I was watching one thought I wondered was, “How much friggin’ $ did they offer Harriet to let them defile her husband’s memory like this?”
A Path of Daggers wasn’t good, but that battle where the A’Shaman used travelling to jack up the Seanchan armies was awesome. Sadly, the books got worse before they got better. But they did close out strong

SURPRISE! Robert Jordan is smarter and WAY more creative than the pinheads at AMZN…

I am equally shocked…

The books pretty much make all the men seem weak and stupid and elevate the women extremely.

So, the whole series starts off with the “woke” aspects built in.

That is the books.

What Amazon has done though is burn $10 million an episode to make extremely poor sets that remove the ability to suspend disbelief as required for the story telling to be remarkable.

The books elevated women too much at times, but never at the expense of demeaning men the way Amazon does. And when the A’Shaman hit the scene s*** got real…

0
Reply
Everything Woke Turns to S...

I didn’t read the books, but other family members did, and we all sat down to give the series a watch. It was pozzed even starting out! The ‘diversity’ push was laughable and in-your-face. It made me laugh to see that there was an asian male, and the weapon he carried looked like a katana. The asian dude carries an asiany (pronounced asian-eee) sword eh? Ahahahahahaha. The strong-woman and then lezbo push was too much to endure. Amazon = wankers. More woke BS. Definitely not watching any more of that show.

Actually, casting Lan as Asian & his weapon were pretty true to the book. A few castings were dead on as well, such as Rand & Moraine. I also always pictured Liandrin as a hot but angry & bitter lesbian, which seemed to come out well on screen. But she was never such a main character, nor did she ever need to be in terms of the overall story arc.

If you think the Game of Thrones and Wheel of Time series were bad, wait until you see what Amazon does to Middle Earth.

I actually like GoT for the most part, though they ruined my two favotite parts in the books (the surprise of Stannis doing the run-in when the wildlings were laying seige to the wall, and then his speech afterwards to Jon left out the best line).
At least LOTR got the Peter Jackson treatment before The Radical Left could ruin it. TWOT may never get a second chance

I see the bot got confused and thought he was posting a stock, idiot response to The Rings of Power…rather than the WoT show.

Fact, details. These are of no concern to the NPC