Put Mark McGuire in the Hall of Fame 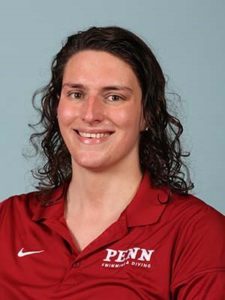 OK, that’s not Mark McGuire but hang on. It’s a picture of “Lia” Thomas. He/she used to be Will Thomas (below). 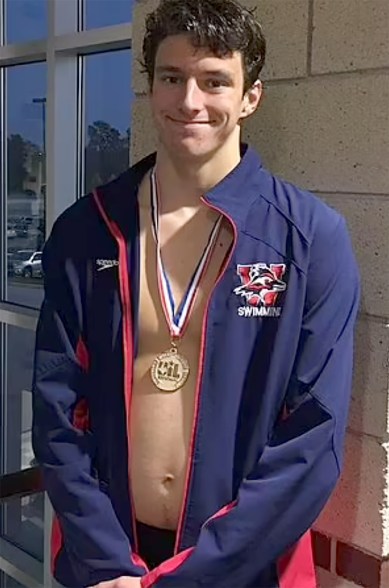 Will Thomas was a college swimmer at UPenn for three years as a male. Now he portrays himself as a woman and is smashing women’s swimming records to bits.

Lia Thomas left Akron with the nation’s fastest 200 freestyle time, the nation’s top time in the 500 free & 1650 time that would’ve had Thomas in the finals at the 2021 NCAA Championships. Thomas won the 1650 at the Akron Zippy Invitational by 38 seconds over her teammate. Her results in all three races set new Penn records along with meet and pool records.

These times, while good, would not very notable in men’s competitions. Now he/she is killing it against women. They have no chance.

It’s not fair to real women. Sorry, but Thomas is not a real woman. Genes don’t lie. Neither are Laurel Hubbard nor the track and field man-girls in Connecticut real women. It’s sanctioned cheating. It’s reduced to tears the young women who have trained so hard for the sport. Penn has told them to shut up.

“Now they’re having to go behind the blocks knowing no matter what, they do not have the chance to win. I think that it’s really getting to everyone.”

Why are they not in the Hall of Fame?

In a word, cheating.

All have had accusations of steroid use levied against them. Steroids in these cases are called “Performance Enhancing Drugs.” They’re called that for a reason. Steroids can enhance performance. They can make you stronger and faster. Kind of like artificial muscles. Here’s the thing- why is this cheating any different than testosterone blockers?

Testosterone blockers are used the process of men transitioning to women but they have only a measured effect. Does this look like a woman’s body? Ever see a woman transition to a man and blow away men’s sports competitions?

The very least thing sports can do is to affix an asterisk to the records broken by trans athletes in recognition of their advantages.

Otherwise, put Mark McGuire and the others in the Hall.

There is nothing that justifies or makes a bit of logical sense about having boys that have applied the accoutrements of being a girl competing with real girls in sports. Nothing. It simply isn’t fair. As they always do, the left has taken the absolutely wrong position.

obviously chemical castration has failed. NOW, it time to physically castrate him. bilateral orchiectomy. simple, cut his nuts off. what the woke media is not telling its readers is the the suicide rate in these sexual predators is very high. the males are sexual predators.

The End Of Womens’ Sports?

A senior at the University of Pennsylvania who previously competed as a male swimmer has now transitioned to female and is breaking records as a woman swimmer.

Lia Thomas is 22. She was up until very recently known as Will. Lia competed as a man for the University of Pennsylvania (UPenn) swim team for three years. Lia, then Will was a decent swimmer for UPenn but received no particular attention in a crowded field.

Will, now Lia, took a year off and then came back{https://legalinsurrection.com/2021/12/trans-swimmer-at-u-penn-who-competed-for-three-years-as-a-man-now-crushing-records-as-a-woman/} having announced that she was now a woman. A mediocre swimmer was now a phenomenon.

Lia is now one of the premier “female” swimmers in the world.

Proponents of the transgender agenda may want to pretend like this is all happening with the enthusiastic support of female athletes. That is not true at all. Despite efforts by the UPenn administration to shut up members of the women’s swim team at least two of Lia’s teammates have spoken out, and they are not at all happy.

One of those teammates described{https://www.dailymail.co.uk/news/article-10298137/SECOND-UPenn-swimmer-speaks-against-trans-Lia-Thomas-competing-womens-team-crowd-silent.html} recently how UPenn swimmers are angry at the success Lia is enjoying. She related how UPenn swimmers were upset and crying knowing how they were going to be destroyed by Lia in the pool.

“They feel so discouraged because no matter how much work they put in it, they’re going to lose. Usually, they can get behind the blocks and know they out-trained all their competitors and they’re going to win and give it all they’ve got. Now they’re having to go behind the blocks knowing no matter what, they do not have the chance to win. I think that it’s really getting to everyone.”

Thomas’ teammate described the impact on the fans as well.

“Usually everyone claps, everyone is yelling and cheering when someone wins a race. Lia touched the wall and it was just silent in there. When [UPenn swimmer] Anna [Kalandadze] finished second, the crowd erupted in applause.”

“I know no matter what, biological women will never be on an equal playing field with transgender females.”
DAILY MAIL

The absurdity of allowing a biological male to compete in women’s sports is evident to any sane person. So is the injustice.

All over America, there are women and girls pushing themselves to their physical limits and competing head-to-head with other similarly motivated athletes. Every single one of these females now knows that none of that matters, because at any time a biological male may step in and decide to trade being an “also-ran” for being a “star” by simply claiming to have transitioned.

Talk about testosterone treatments and testing has long since been demonstrated to be effectively meaningless. An individual who was born male and has gone through puberty as a male will always be bigger, stronger, and faster than biological females. After decades of fighting for equal rights for women, we are now waging war on women and driving them out of sports.

All in the name of equity.

God created two genders and there remain only two genders. This dirtbag still has a penis. So ‘he’ grows his hair long, curls it and adds pierced earrings, and now he is a girl? Has to be a biden voter…