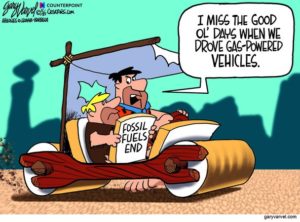 Welcome back to Day 325 of the Bidenflation* presidency! Lots of crazy this week, so let’s get straight to it:

Would it be mean to say that many of us probab;y agree?

Big Tech doesn’t just hate America, they hate every one of us as individuals.

You can always tell when there’s a Democrat in the White House, one sign is when the phrade “Grim Milestone” disappears from the lexicon

Remember, we need to label Billionaires buying Prosecutors who give free reign to criminals while harassing us Normals for what it truly is – Trickle Down Terrorism

12/5 – The China Virus: You Will Be Assimilated

Controlling the language is a crucial step in any authoritarian movement

12/5 – COMEDY: Washington Post Columnist Claims Press Is Tougher On Biden Than They Were On Trump

I think thet the people who write idiocy like this aren’t being dishonest, rather that they are genuinely stupid enough to believe it

Unasked in this article is the question I want to scream every time I hear these stories – Where the Hell are the so called “Feminist” groups in all of this?

Not as outrageous as it sounds, given how Grandpa Sniffy* treats women himself

12/8 – It Begins: Notre Dame Changes Definition Of Fully Vaccinated To Be Boosterized

I am Jack’s complete lack of surprise.

Sadly, Sundown Joe* probably just let slip what he heard his handlers bantering as they prepped him for his speech. Luckily, I have full confidence in Republicans’ inability to mass broadcast a gift like this

I like the comparison to the original Alien film

“11/29 – Sweden’s Lund University researcher faces prosecution for study that showed most rapes are committed by immigrants” Doesn’t lying about threats to public safety always make us safer? It’s the leftist way, like lying about ANTIFA or gangs of looters.

“12/3 – Adoptee: I Wish I Had Been Aborted Instead” There are several people in government and media today that make a great case for abortion. Abortion is preferable because it gets the person back in the business of needing another abortion more quickly.

“12/3 – AUSSIES GONE MAD” … and Democrats salivated. The left just wants to put people in internment camps; the excuse is irrelevant.

“12/4 – Canada Starving People Into Submission” Everywhere our Democrats see totalitarianism, they are envious. It’s those damned Trump-appointed judges keeping them from totally going there now.

“12/5 – CRIMINAL JUSTICE REFORM BANS STEALING FROM THE RICH, LEGALIZES STEALING FROM THE POOR” Lori Lightweight chides businesses in Chicago for not hiring private security (who can do next to nothing) to do the job businesses pay exorbitant taxes to the city for them to do. The left simply hates people who try to make an honest living. But, maybe those people stealing the $15,000 purses that they just want something nice to put the baby formula they are forced to steal in? You know what now has to happen to begin to curtail these thefts: people are going to have to be killed. Then the left will squeal about “life is worth more than property”, but as this gets more and more out of hand, the ultimate penalty is going to be necessary to get thieves’ attention. Courts won’t punish them; vigilante justice will have to.

“12/5 – COMEDY: Washington Post Columnist Claims Press Is Tougher On Biden Than They Were On Trump” Well, reporting on actual catastrophic actions has been worse on idiot Biden than on Trump because Trump’s first year (and the following years) were filled with successes that greatly benefitted the American people, so in a way, this is factual. To attack Trump (which the Ministry of Propaganda did 93% of the time) they had to make the stories up. For the first 6 months of the regime of idiot Biden, the lap-dog media buried the jobs losses and inflation and slathered nothing but praise upon the Super Failure, but I guess there comes a point were it is too embarrassing for even the lying, corrupt liberal media (except for Milbank) to pretending the disasters are not happening.

“12/6 – Boys Replacing Girls in Sports – Feminists Yawn” Girl’s and women’s sports are soon to be destroyed permanently. Notice no girls transitioning to boys are taking any records in boys’ sports.

“12/7 – Biden Admin Praises Taliban’s ‘Openness’ to Women’s Rights” Idiot Biden’s solution will be: pay the terrorists to stop the drug trade be nice (don’t rape and kill) women (because this strategy has worked so well with N. Korea) and print $8 billion in new bills to give to the families of those killed by the Taliban’s al Qaeda partners. Hell, that wasn’t hard.

“12/8 – It Begins: Notre Dame Changes Definition Of Fully Vaccinated To Be Boosterized” In 6 months, two doses of vaccine, two boosters, stand on one foot, pat your head and rub your tummy. Despotism is so much fun!

“12/9 – Dems showing signs of panic over gasoline prices as Biden gaffe in Kansas City speech will make for great GOP video ads” Why are so many of idiot Biden’s gaffes actually the truth said out loud?

“12/10 – Fauci on Film” COVID19 can also be compared to the 1982 version of “The Thing”. Like that organism, which could assume the shape of any life form, so does COVID become any and every other form of sickness and death: heart disease, cancer, gun shots, motorcycle wrecks…

“Like that organism, which could assume the shape of any life form, so does COVID become any and every other form of sickness and death: heart disease, cancer, gun shots, motorcycle wrecks…”
Didn’t Jeffrey Epstein die of Covid as well?

Yeah, Hillary gave him the “cough of death”.

Bob Dole has abandoned the Republican Party to become a Democrat.
RIP
To repeat the heart felt sentiments of Brandon, “End of message”

The Bee already beat you to it on Dole!
https://babylonbee.com/news/bob-dole-switches-to-democrat-party

They dont wait for them to die in WI the WEC votes for them over and over, get em while they are young voting from empty dorms during covid shut down.