Your i-Phones are hastening the demise of America 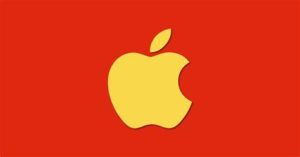 Apple is rotten to the core.

China has plans to overtake the US economically, diplomatically and militarily.

China is poised to overtake the United States in key economic and security areas, a development that could forever change the dynamic between the world’s two premier powers, according to a report released Tuesday by a congressionally mandated commission.

The United States-China Economic and Security Review Commission, founded two decades ago to mark the beginning of “The American Century,” produces an annual report to Congress, detailing challenges to the bilateral ties between the two countries.

The 2020 report, obtained early by Newsweek, took a definitive turn, even for an already historic year, calling on Congress to take action as the international playing field was redefined based on steps taken by Beijing and Washington.

China’s economy is expected to surpass the US by 2028. China already essentially owns the NBA. It also appears to own Senate democrats.

Democrats excluded the Uighur Forced Labor Prevention Act, which was sponsored by Sen. Marco Rubio (R-FL), after members of the party privately objected, according to sources cited Thursday by The Washington Free Beacon’s Alana Goodman. Rubio had offered it as an amendment to the annual National Defense Authorization Act. Presidential climate envoy John Kerry was reportedly among those who lobbied against the provision “over concerns it will hinder the White House’s climate agenda and limit solar panel imports from China.”

China already owns the Biden’s and the Kerry’s.

Ready, willing and eager to help China overtake the US is Apple.

The tech giant’s CEO reportedly signed a secret deal with the country worth hundreds of billions of dollars five years ago, according to a new report.

The Daily Mail reported that Apple CEO Tim Cook had “personally met with Chinese officials in 2016 and forged a secret $275billion deal with” China. Cook had pledged to invest the $275 billion “into the local economy over a five-year period in exchange for Beijing allowing the iPhone maker to freely do business on the mainland,” according to The Daily Mail . Communist Party officials and Cook reportedly reached a “1,250-word ‘memorandum of understanding,’” which involved Apple agreeing “to a series of concessions in exchange for regulatory exemptions from the Chinese government.” This news, originally reported by The Information, comes as China commits genocide against Uyghur Muslims.

$275 BILLION into the CCP economy.

This from the Wall Street Journal:

Apple is not about to be deterred by slavery and genocide or the risk to this country. Tim Cook bows to Communism.

It’s all about the Benjamin’s, baby.

Democrats, some companies, Hollywood, sports all gave up on the US and surrendered to the CCP. Their greed overrules any loyalty to country.

But don’t worry; the Biden Crime Family will be OK.

A globalist-run world, using China as the “uniter?”

Trump has yet to be held to any standards, but that moment i...
Congress's 1/6 Committee Claims Absolute Power as it Investigates Citizens With No Judicial Limits

Yeah, that’s what it was about. Or was it because Cli...
Russia vs. U.S.A.: Let Slip the Dogs of War

WOW! Jen Psaki Can’t Answer Why Americans Should Spill The...
Congress's 1/6 Committee Claims Absolute Power as it Investigates Citizens With No Judicial Limits

democrats are in panic mode. They are going to lose the Hous...