How identity politics rules the media and it sucks 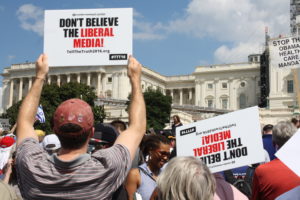 A number of notable events have transpired over the last few weeks and it’s worth comparing them and the reactions to them. They have been reported in very different terms. Here ya go

Despite the overwhelming evidence of Rittenhouse acting in self defense, Rittenhouse is smeared over and over as a “murderous white supremacist” by the left wing media and the brain dead children at Arizona State University. They falsely hold him personally responsible but personal responsibility gets lost in other events.

2. Six people died and more than 60 were injured in Waukesha when an SUV attacked them

In this event it was the SUV that did it. It wasn’t the black supremacist Darrell Brooks who was driving it.

Waukesha will hold a moment of silence today, marking one week since a car drove through a city Christmas parade, killing six people and injuring scores of others.https://t.co/QMNccpBI0y

For a year the media lied about and shoved the Rittenhouse story down our throats. The Brooks story dropped off the media radar within days never to be heard from again.

Latest stories from NYTimes and WaPo on the Waukesha massacre are at least four days old. pic.twitter.com/lqTCavQj4u

Poor Brooks feels as though he’s being “demonized” and treated like he’s a “monster.” After all, all he did was kill six white people.

3. A rock attacks an Asian woman in NYC

The suspect assisting the rock was Elisaul Perez 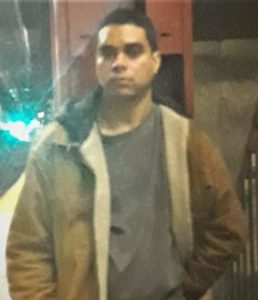 There has been a spike in Asian hate crimes

but interest in these crimes fell off the charts when it became apparent that identifying the perpetrators would counter productive to the white supremacist narrative- especially in NYC.

4. A gun kills a cinematographer

Alec Baldwin claims that he did not pull the trigger on the gun he was holding and aiming at Halyna Hutchins.

He also said he has “no idea” how a live bullet made it into the prop gun, or on to the set at all.

“Someone put a live bullet in a gun, a bullet that wasn’t even supposed to be on the property,” he said.

But an expert blew that out of the water

This is actually a really helpful explanation of what Baldwin was trying to claim last night about the gun he used to shoot #HalynaHutchins pic.twitter.com/NlzM8e4VJX

Two Best Buy stores in Minnesota looted, all get away, report says

But don’t call it looting

Police and law enforcement experts in California are arguing that the term “looting” shouldn’t be used to describe the recent large-scale thefts in California because it has racial connotations.

It comes down to this: if you’re a white non-celebrity, you are at fault and are fair game for everything. Period. If you fall into any of the other categories, terrible events are always the fault of something or someone else and don’t you dare label them properly. Until we can talk plainly about who is doing what there will be no justice or peace.

The gun did it

I just plain quit the M.S. Media i went Cold Turkey on them before Sept 11th 2001 they want to Ban Armed Self Defense they will demand Rittenhouse be tried for 1st Degree Murder while parading Hogg and his hand of idiots from March for our Lives to be given Red carpet Treatments some useful idiots at Arizona State want him(Ritenhouse)Expelled w hich proves liberal Democrats a re the Intollerent bunch of skunk baits there ever was them and those idiot Collage Professors

Alex you get what you pay for in your low budget film, I realize how safe the set was everyone wore masks.

The Press has not changed in 60 years. What changed 20 years ago is the name. We now call the Press MSM/LSM. But the bigotry is the same as it was in 1960.
A very big change has been the net. With the net everyone can, if they care, see that the “news’ has always been FAKE NEWS!
In 1960 if you were not at the incident you did not understand how “the news” was lying.Specific : Mario Savio’s “Goons at the Gate”. A violent anti free speech gan that the liar in The Press reported as:”

I contend the Democrat Party is still a bunch of slavers, but they have their slave pick votes now instead of cotton.

All it boils down to is how malleable leftist “principles” are. They are unidentifiable because they can change as much as 180 degrees depending on the overriding and more important political need. There is not a single tenet they will not and have not totally abrogated when the need arose. Not feminism, racism, gay rights, gun control, crime, privacy… NOTHING is immune. Perhaps the only tenet they cling to tenaciously without variation is abortion.

In other words, they are dishonest, morally corrupt and have no credibility.

From Hitler to Mao to every dictator in history, including Biden, dividing the population and dehumanizing a select group (Kulaks, Jews, Conservatives) is the path to taking power the democratic process of a nation did not give you.

Thieves, all of them.

Conservative media has gotten just as bad about fear-mongering as liberal media. I don’t watch any “conservative” TV newser-snoozers anymore, they are as bad as liberals.

News:
WASHINGTON, D.C.—The Trump White House has added a new feature to the James S. Brady Press Briefing Room: a separate cry room for fussy reporters who are crying during press briefings and interrupting the proceedings.

The quiet, serene room will allow news agencies to take their crying, wailing, fussy reporters into a separate space to calm them down so the press briefings can continue without interruption.

“If you notice one of your reporters starting to tear up, just take them into the cry room and soothe them before joining us again,” said Press Secretary Kayleigh McEnany. “There are pictures of Obama, bottles of kombucha, and some Tickle-You-Biden plushies in there to keep them occupied and help them feel safe.”

“Hey, wait a minute! Are you saying we’re babies!?” shouted one reporter, tears welling up in his eyes.

“That’s… that’s mean!” His lip began to quiver and he was forced to excuse himself to the cry room.

“WAAAAHHH!!!” cried Jim Acosta. “ORANGE MAN BAD! ORANGE MAN BAD!” One of his fellow CNN reporters cradled him in her arms and took him out into the cry room with an apologetic look on her face.

The cry room may need expanding soon, however, since every single reporter except OANN’s Chanel Rion was sent to the cry room during the first press briefing. Rion pointed and laughed at them as they went into the cry room, calling them “dumb babies,” which made them cry harder.
the crying room is overflowed with liberal, activist journalist.