Milwaukee DA: Keeping Darrell Brooks out of prison well worth the lives of 6 innocent people 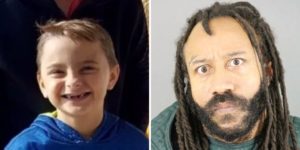 Yesterday 8 year old Jackson Sparks succumbed to the injuries sustained when he was struck by a vehicle drive by Darrell Brooks. He was the sixth person to die in the Waukesha killing spree. At least 62 other were injured. Brooks was released from custody a couple of days before with a low bail after trying to run over a woman- the mother of his child. Milwaukee DA John Chisolm says it’s all worth it. Chisolm, backed by George Soros, has been a champion for criminals for some time.

Chisholm has been a leading figure among “progressive prosecutors,” leftwing lawmen who favor diversionary programs and community-building to locking up criminal defendants. His handling of the Brooks case is already sparking blowback to their growing influence over the justice system, much of which has been boosted by financial contributions from the leftwing billionaire George Soros.

Chisholm, who was elected in 2007, supports deferrals for some misdemeanors and “low-level” felonies in order to cut down on incarcerations. And he’s taken credit for inspiring a new wave of prosecutors in cities like San Francisco, St. Louis, and Philadelphia who have enacted similar reforms. Chisholm congratulated San Francisco district attorney Chesa Boudin following his election in 2019, and the pair spoke at a forum earlier this year on the status of the progressive prosecutor movement.

“Is there going to be an individual I divert, or I put into [a] treatment program, who’s going to go out and kill somebody?” he told the Milwaukee Journal Sentinel in 2007. “You bet. Guaranteed. It’s guaranteed to happen. It does not invalidate the overall approach.”

That’s an interesting statement. I would like to personally ask him how many innocent lives lost are worth it? Is it worth lowering the prison population if it costs innocent lives? If so, and it appears that to him and others like him it is worth it, how many grandmothers and children must die for the benefit of felons?

Rashida Tlaib put forward a plan that would literally empty the prisons.

“To what extent have you wrestled with any potential downsides of releasing into society every single person who’s currently in a federal prison?” Swan asked.

“I think that everyone’s like, ‘Oh my God, we’re going to just release everybody,’” Tlaib began. “That’s not what I’m–”

“That’s what that [the act] says,” Swan interrupted to point out.

“Yeah, but did you see how many people are mentally ill that are in prison right now?” Tlaib responded in an apparent effort to deflect the question.

“No, I know. But the act that you endorsed actually says release everyone in 10 years,” answered Swan, who pointed out that human traffickers and child sex predators would be among those in line for release.

AOC picked a pretty poor time to push something similar:

We do need to know from them- exactly how many innocent lives lost is acceptable for this?

Brooks is a black supremacist. You can see many of his social media posts here. He hates white people and cops. Brooks is a BLM supporter . 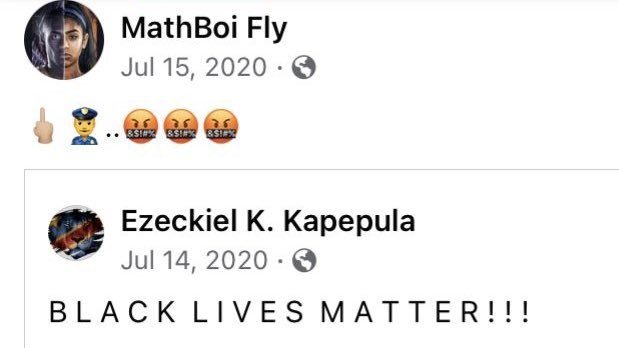 Jim Treacher wryly noted that Darrell Brooks is everything they said Kyle Rittenhouse was.

Darrell Brooks is everything they falsely claimed Kyle Rittenhouse was, and they don’t know what to do about it.

And they don’t. The story is being smothered as you read this. The media won’t touch his social media rantings. They keep calling this a “parade crash” when the suspect is black as opposed to a “car attack” in Charlottesville, in which the perp was white. In one case the person is responsible and in the other the car is responsible. Darrell Brooks has exposed the pernicious bias and malpractice of the left wing media. CNN even lightened Brooks’ skin to make him appear to be a “white black” to spill some of the blame to the victims and lessen your outrage. You might remember George Zimmerman, that famous “white Hispanic.”

This is all pretty disgusting but it is the state of the nation today. It is the state of the media today. This terrible tragedy is the fruit of the progressive party ambitions. It serves as flashing red beacon warning us all of our future under the likes of Tlaib, AOC, the squad and the Soros backed DA’s.

Remember way back in 2013 when Obama said of gun control

“If there is even one thing we can do to reduce this violence, if there’s even one life that can be saved, we’ve got an obligation to try.”

There was one simple thing which could have saved six lives. Keep him in jail.

But no, we need to free them because it’s not fair that we simply put those who commit the crimes in prison. It’s not equity.

If it’s up to progressives, your life is forfeit.