One of my favorite movies was October Sky, released in 1999.  Homer Hickham, a coal miner’s son was inspired by the first Sputnik launch to take up rocketry against his father’s wishes.  He builds rockets with the help of his friends and the encouragement of his teacher Miss Riley.  Homer’s final rocket launch could be seen for miles and miles. We were always proud to be Americans.

launched a rocket (DF-17) carrying a hypersonic glide vehicle that flew through low-orbit space, circling the globe before cruising towards its target, which it missed by two dozen (24) miles.

“The test showed that China had made astounding progress on hypersonic weapons and was far more advanced than US officials realized,”  the report said, citing people briefed on the intelligence. 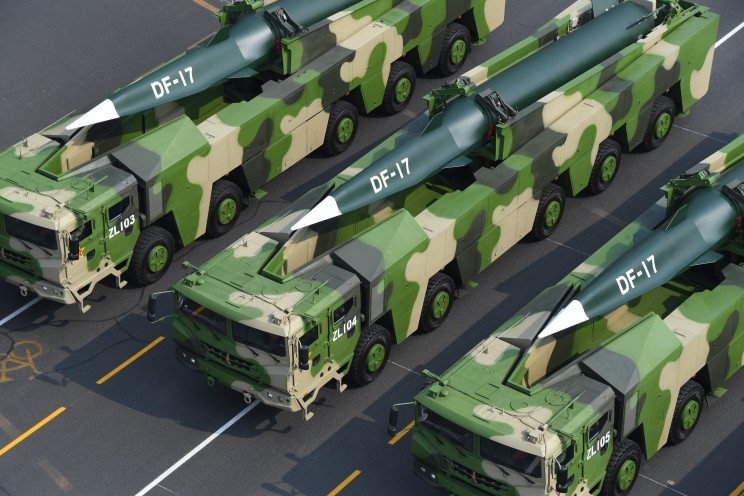 Basically, this new Chinese ballistic missile was launched into space (much like the recent flight of William Shatner), and then returned to earth (Scotty: “I cannot change the laws of physics, Captain!”) on a very steep trajectory. Hypersonic missiles are very hard to defend and can achieve speeds faster than stock cars at a NASCAR race.

Apparently, the capability of the Chinese to launch this type of missile, “caught the U.S. Intelligence by surprise.”  Ya think?  The folks at the Pentagon are having a bad year.  They lost a war in Afghanistan,  abandoned a functional airbase, and forgot to remove billions of dollars of sensitive military equipment.

Then they vaporized a family of 10 with a missile launched from a drone (Oops, our bad but we are sending $$$ and coupons for Starbucks for Christmas).  They are also terminating everyone in the military who is not fully vaccinated.  Now that is a brilliant move. I’m sure that all of those highly trained, skilled personnel can be easily replaced.  Hey, those ships can probably run themselves.   One low-ranking, anonymous source from the Pentagon said, “Rocket?  What Chinese rocket?  That was just Joe Biden’s falling approval ratings streaking across the sky.”  General Milley was also surprised. He angrily contacted his compadre in the Chinese military and said, “Hey dude.  Like what’s up with that magic rocket flying around the globe? You didn’t tell me.  I thought we were BFFs. Totally not cool man.”

Someone saw this coming.

There is ample evidence that American technology was transferred to this hostile potential enemy of the United States…(providing) the Communist Chinese the guidance needed to upgrade and perfect highly sophisticated weapons systems, increasing the reliability and capability of Communist Chinese rockets…This has given what anyone has to admit is at least a potential enemy of the United States, a better ability to deliver nuclear warheads to our country, to American cities, to incinerate millions of our people.”

Thanks, Dana for the cautionary warning but Bill Clinton’s head was not in the game. Bill was more concerned about the fallout threat from the Monica Lewinsky scandal and Hillary than any enemy threat to our national security. “Rockets, smockets, what did I leave in Monica’s blue dress pockets?”

Not to worry. Slow Joe Biden is already all over this situation like flies on a rib roast.  He tasked his crack Southern Border Czar, Kamala “Cackling” Harris to watch the sky for a falling Chinese missile.  Joe needs a heads up because he wants to watch the end of the world from Wilmington, not Washington, while eating Tutti Frutti ice cream.