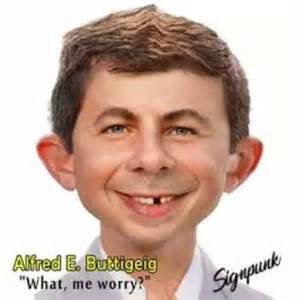 Congratulations on becoming a parent. It’s a wonderful thing. But here’s the problem. You are a Cabinet Secretary- the Secretary of Transportation. It’s a national position. An important position. I don’t think you get this.

The nation learned that you’ve been on paid family leave for months. In a private business setting that might be just fine but you see, Petey, there are things going on.

There is a major supply chain problem. Store shelves are becoming more and more empty. Food stuffs like chicken are diminishing in inventory as are fish sticks, frozen meals and diapers. Given your lofty perch it’s highly likely you will be able to procure all the diapers you need but not everyone is the Secretary of Transportation.

I too am a parent. I am also a doctor. I took an unpaid week off when each of the kids was born. Working stiffs like me do not have the luxury of months and months of paid family leave. The thing is that the entire country is not depending on us working stiffs for food and everyday needs. That’s YOUR job.

Yeah I saw how Tucker Carlson ripped into you. I also saw how you tried to twist it into a pitch for Biden’s nation bankrupting plans:

“But I also note that that doesn’t speak for the country. I don’t think that even speaks for most people on the other side of the aisle from the party that I belong to. This is largely a consensus issue, not just a support for families like mine to have a right to marry and right to be treated equally but also that families in general, moms and dads, ought to be able to support their children, including with paid family leave.”

You also said you were “available to handle urgent matters.” WTF? Is a burgeoning supply chain issue not an “urgent matter”?

Petey, I hate to burst your bubble but this is not a game. This is serious. Your President is creating problems faster than anyone could have imagined. The American people are about to find out how badly they chose last November. You are the Secretary of Transportation. The supply chain is YOUR problem. You have a partner to care for the kids and without a doubt have access to other caretakers so suck it up.

You have ONE JOB. Do it or quit.