The Government is NOT Your Friend, Regardless of What They Tell You… 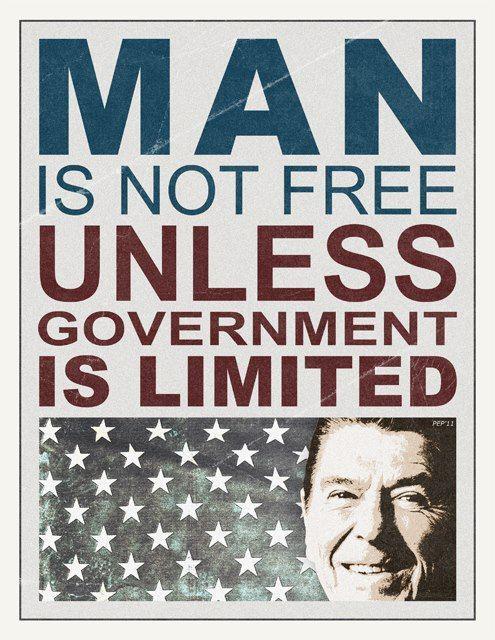 Ronald Reagan once said:  “The nine most terrifying words in the English language are: I’m from the Government, and I’m here to help.” He was right, the government’s not your friend and it most certainly isn’t here to help you.

The dirty little secret about government is that its purpose is not really to make the lives of citizens better, but rather, to accumulate power at the expense of citizens.  Not sure about that? Ask yourself, how many government agencies have put themselves out of a job because they succeeded? There’re a few who technology left behind, like the Steamboat Inspection Service, others that served their purpose like the Defense Homes Corporation, while others were merged into other agencies like the General Land Office, subsumed into the Department of Interior.  In our history there have been less than 100 federal agencies that have actually been shuttered, and most of those existed in the early 20th century to deal with the Depression or the two world wars.

According to the Federal Register there are 457 different agencies of the federal government.  That’s 457 agencies covering virtually every aspect of American’s lives, most of which are staffed by unelected bureaucrats, all of whom spend your money and many of whom write regulations that carry the force of law enforced by the police power of government. This includes everything from the State Department to the Geographic Names Board to the International Broadcasting Board to the ATF.  And that 457 is misleading.  While it includes a dozen organizations tied to Defense, there are dozens more agencies that come under it that are not listed in the Federal Register such as the DoD Education Activity or the Office of Naval Research.  Wikipedia lists a more realistic, but still lacking 1,500.

The American government has become a leviathan.  It’s everywhere, involved in virtually every aspect of Americans’ lives, and it’s perpetual, regardless of its record of dismal failure.  Two examples:

1) The War on Poverty, AKA the Great Society.  The brainchild of LBJ, the Great Society programs were created to address poverty in America.  They included things like food stamps, Medicaid, Medicare, Headstart, and others.

Yet somehow the War on Poverty goes on, with more programs, more money, more regulations, and of course, more employees.  Indeed, DHHS, which manages many of the programs, has a staff of 80,000 and an annual budget of over $1 trillion.

2) Public education.  American public education is really just a jobs program and a revenue-generating program for unions. William McGurn over at the WSJ looks at the performance of schools in the largest school districts.  The level of failure is extraordinary.  For example, in 2019 Atlanta public schools spent $17,112 per student and the result of all of that spending was that only 10% of students were proficient in math and 15% in reading.  So for all of that expenditure, fully 90% failed basic math proficiency and 85% reading.  And this dynamic has been going on for decades across the country.  New York City spends $28,004 per student and 75% of them lack proficiency in math and 81% in reading, while Boston spends $25,653 and has similar marks with 88% failing math and 85% reading.

On average the US spends approximately $14,000 per student in education, (Elem – HS) more than any nation in the world other than Luxemburg. And what do we get for that extraordinary spending?  Not much.  According to the National Center for Education Statistics, in 2018 American students ranked 15th in the world for reading literacy, 18th in science and 37th in math!  Of all of the things that drive a society to prosperity, particularly in the technologically advanced world we live in today, education is easily one of the most important, and on that score government has failed miserably, spectacularly and perpetually.

If the actual goal was to educate students, the government would give that money to parents in the form of vouchers to kickstart a private / charter school revolution.  Sure, there’d be failures, but it’s hard to imagine how they could fail more spectacularly than the current systems are. But that’s not the goal…

The government spends $30 trillion over half a century and reduces poverty by 1%.  The government spends more on education than virtually every nation on the planet yet 85% of the students in its biggest (and most minority filled) school districts fail basic reading and math, the building blocks for success in our dynamic society.  And we’re supposed to believe government works for us?

American governments spend more money on education and social programs than anything else, more than the GDP of most countries. Yet they fail, year after year, decade after decade, but the funds keep growing, regardless of their catastrophically abysmal track record. And that tells you everything you need to know about the nature of governments. Their goal isn’t to solve problems. They’re not here to make life better for citizens. Their goal is not to protect the lives and liberties of citizens. No, the government is the borg. Its raison d’etre is simple: Grow revenue and increase power for themselves and unions. Proof?  Despite the fact that the United States has 3,143 counties in 50 states spread out over 3,796,742 square miles, nine of the twenty richest counties are in a circle less than 100 miles across with Washington DC at its center.  And what is the industry that drives that wealth?  Finance? No. Entertainment?  No.  Steel or autos or high tech?  No. One thing:  Government power.

Accumulating power is the fundamental nature of government, and our Founding Fathers understood that, which is why they gave us the Bill of Rights and particularly the 9th and 10th Amendments. For the first 150 years of our nation those guardrails stood relatively firm, but today they are simply gone.  Sadly, America has become so detached from our Constitution that 90% of what our government does is unconstitutional.

Unlike in economics where the solution to driving prosperity is baking more pies, the government is a zero-sum game. They win you lose. The more power the government takes, the more influence it exerts, the less freedom citizens have and less control they have over their lives. At some point, the expanse of government will spark a civil war between those who remember freedom and value prosperity facing off against those who seek to shelter themselves from cradle to grave under the blanket of government security, support themselves via government benefits that someone else pays for and use the police power of government to control what others think and do. What that civil war will look like is anybody’s guess, but like most civil wars it will not be pretty, and whatever emerges from the ashes will be a shadow of the greatness that once was America.