Why They Hate Us 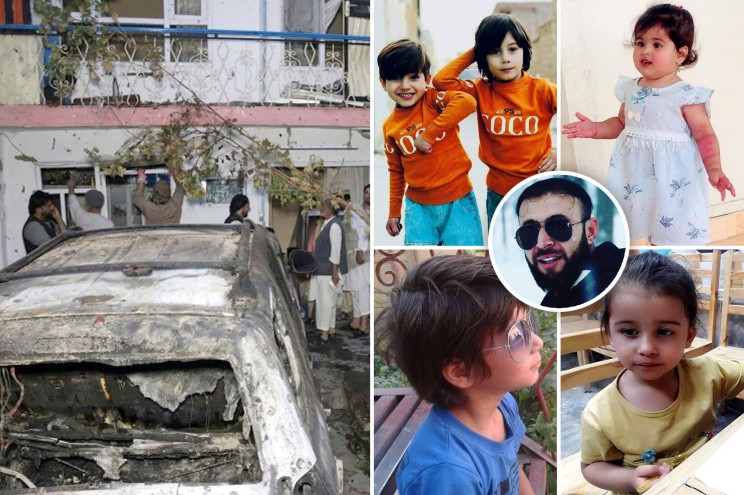 We are supposed to be the good guys in the white hats, riding in on our white stallions, righting wrongs, and protecting those too weak to protect themselves. After 9/11, we chased Osama bin Laden into Afghanistan, missed him at Tora Bora but decided to stay because the people were so darn friendly. Ironically, Osama had already packed his bags and fled to Pakistan. We then invested twenty years, two trillion dollars and sacrificed 2,401 American lives in vain. We accomplished nothing.

President Obama, during his presidency, was very helpful. He released 5 Taliban leaders from Gitmo who pinky promised never, ever to do naughty things again. They immediately jumped on the first flight to Kabul and got the band back together. The Taliban, under new management, put on a full-court press and regained lost territory. The president of Afghanistan, Ashraf Ghani, saw the handwriting on the wall, girded his loins (nope), panicked (yep) and fled the country in the middle of the night. He left his countrymen at the mercy of the savage Taliban who was not forgiving and would never forget. Ashraf absconded with a few million bucks and 4 cars as a retirement gift to himself. According to the Russians, Ashraf stuffed as much money as possible in his helicopter and left the remaining loot on the tarmac. His momma didn’t raise no stupid kid.

Biden called Ashraf to see how things were hanging and heard this recorded message which was hard to hear over the whirring roar of the helicopter blades: “Hello, this is Ashraf. I am going on an extended vacay somewhere far away from Afghanistan and will not be in the office like ever again. Everything is just super fine and dandy. I left the country in great shape and I think that the Taliban are on the run.”

Biden panicked, dropped his ice cream cone, and removed all of our military personnel from Afghanistan. Unfortunately, as a parting gift, he gave the Taliban a functioning airfield, 85 billion dollars in sensitive military equipment, and a big bunch of stranded, stunned Americans to hold as hostage. When Biden realized his mistake leaving Americans behind (bad optics) he sent American troops back into harm’s way to evacuate anyone hanging around the Kabul Airport.

That “Backwards Joe” fiasco cost the lives of 12 brave Marines and 1 US Navy medic. As the bodies returned home and were being ceremoniously unloaded from the plane, Biden in a show of respect repeatedly checked his watch. Biden was startled from the blowback of Americans. They expected a strong leader who made intelligent decisions and instead inherited a feeble, befuddled president who has elevated making bad decisions into an art form. Riddle me this: How can one man screw up so many things in such a short period of time? Seriously, who is advising this guy?

Biden swore that he would retaliate against those Taliban who were riding around in pick-up trucks and our abandoned Mine Resistant Ambush Protected (MRAP) vehicles mocking America. Biden launched a Hellfire missile ($75,000 bucks a pop) from a Reaper drone at a vehicle supposedly carrying ISIS-K terrorists. Everyone was told that a top-level terrorist died in the attack until the “dead” dude appeared on the TV show What’s My Line. It was quickly determined that Biden had screwed up once again. The Hellfire missile hit and incinerated a car driven by Zemerai who was simply returning to his compound with water. A bunch of excited kids who ran out of their house to meet Zemerai were immediately vaporized. 10 members of the family, including 7 children were killed in the strike. Those innocent and beautiful human beings suffered a horrific death because they were in the wrong place at the wrong time.

That’s exactly why countries hate us. We are supposed to protect those too weak to protect themselves and instead we vaporize them. That is evil and we are responsible.