Trump: “May Have No Choice But to Run Again” 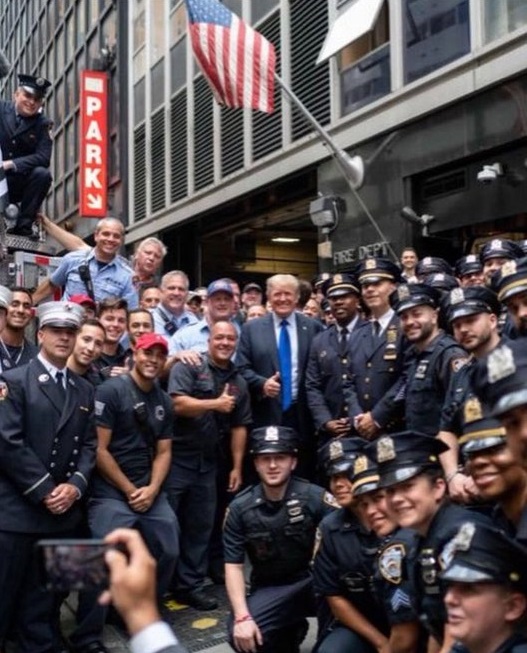 Donald Trump recently appeared on Fox News and was asked about running for president in 2024. Trump responded, “It is disgraceful when you look at Afghanistan and what happened, and the death for no reason. It is getting to a point where we really have no choice.”

Wreck-It Biden and Harris have given us no choice. They are systematically destroying this magnificent country and still have 3 more years to wreak havoc and leave devastation and mayhem in their wake. Even if Trump gets re-elected, he may inherit a country so permanently damaged that all the king’s horses and all the king’s men couldn’t put America back together again.

The only thing keeping America afloat is the mercy of God. Sometimes He says no to our requests. Prior to the 2020 election, 80 million Americans prayed that Trump would be elected for a second term. God said no. When Biden was elected we prayed that Joe would be an inspiration to all Americans, unite Republicans and Democrats, resolve difficult issues and keep our country safe. Yeah, that didn’t work out too well. Our country is now more polarized than ever. Then we prayed that Harris would be a suitable replacement for Biden if necessary and provide outstanding leadership. Honestly, Kamala seems to have disappeared. Today I saw a meme of Harris. Her picture was posted on a milk carton. The caption read: MISSING. WE’RE NOT SAYING WE WANT HER BACK, WE JUST WONDER WHERE SHE WENT. The point I am making is that God answers prayers in His own time and in His own manner. If God wanted Trump to win in 2020, Donald would now be the president. God works in mysterious ways.

Another amazing leader, who was told no by God, was Robert E. Lee of Civil War fame. Lee served as the Commander of the Confederate Army and assembled a dynamic leadership team that were victorious in numerous battles. Jeb Stuart, James Longstreet, Stonewall Jackson, and Lee comprised the dream team of the Confederate Army. Lee’s army won decisive victories at Fredericksburg and Chancellorsville but Stonewall Jackson was wounded in the latter battle. Stonewall Jackson was the Michael Jordan of Lee’s generals. He was aggressive, fearless and Lee’s go-to guy on the battlefield. Stonewall Jackson was irreplaceable. Lee fervently prayed that God would save Stonewall’s life. God said no and Stonewall died from his wounds. The very next sustained fight was at a little town in Pennsylvania called Gettysburg. Lee fought without the tenacity of his best general and subsequently was defeated. The battle of Gettysburg has been called by historians the high tide of the Confederacy.

Robert E. Lee never blamed others for the loss at Gettysburg. It was God’s will, and God’s will is always right. Had Lee won that battle, he probably would have turned his army towards Washington D.C. Some historians believe that action would have forced the North to seek a truce. Everyone was sick of the war and wanted peace in the land. We might have been permanently divided into two countries-the North and the South.

Ironically, 51 years, 11 months, and 25 days after Lee’s surrender at Appomattox Courthouse, we entered World War I, as a unified nation. Wow. Who saw that coming? God is ultimately in control. As long as we keep praying, America will survive the reign of our terrible king in the White House.