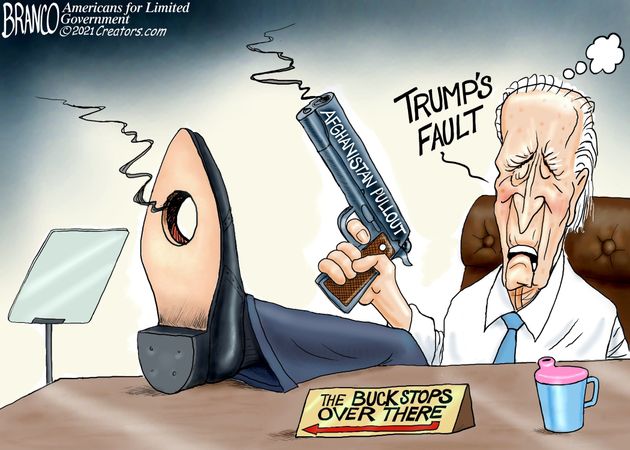 Greetings fellow travellers, and welcome back to Day 234 of the Harris* Occupation! Afrer a few weeks of much needed R&R we’re back to our regularly scheduled look at what our Lefty pals are up to. So, did anything interesting happen while I was away? Of course it did! For starters, let’s jump into The Wayback Machine of earlier this summer:

Heaping every bit of praise that Biden’s* border policies deserve!

This interview obviously took place early in the CRT war and goes in some strange directions, but is one of the funnier interviews I’ve read in a long time

The video is not short, coming in at 46 minutes, but well worth your time

Mike may not be perfect and I can’t say I understand all of the technical elements of this video, but from what I understand Lindell makes a strong case.

As if the NFL is Gay video weren’t enough, this news confirms that if the day ever comes that I come back to the NFL it won’t be while Roger Goodell is Commissioner.

Exactly the question that our press should ask.

Not exactly a direct tie smoking gun, but be sure to share this with any animal-lover Faucist friends of yours

Not a major story, but the kind that would have the media’s attention if a Republican were President

9/3 – If Gen. Milley Were A Traitor, What Would He Have Done Differently?

Buck Throckmorton over at Ace raises a fair question.

Stories like this fill me with hope for the next generation. This wasn’t the only one from last weekend, either. Expect more.

Candace Owens is a great example of how one takes the most flak when you’re directly over your target. I think that she has the potential to one day possibly have a stint as The Radical Left’s Emmanulel Goldstein.

9/6 – American Education Is Rotten from Top to Bottom

9/7 – How The Amazon Web Hosting Crackdown Threatens Patreon, Substack, And You

Dive down the rabbit hole of where this could lead – stories like this could potentially affect every one of us.

9/8 – What I Learned about Democrats from the Inside

You probably won’t agree with all of the author’s points. I didn’t either, but it still makes for a good read.

I don’t think that Biden’s* handlers thought this one through. Although it will be entertaining to watch XiNN try to spin this as Biden* being greeted by adoring crowds

It’s not a hate crime when you have a monopoly on hate.

ICYMI – While I was staying off of current events at the end of summer I popped out a bunch of relatively short thought pieces that have been in my hopper for a while:

The Olympics – What We’ve Lost as Americans

Is it Time to Go Master Blaster on The Radical Left?

The Conservative Case for Keeping Your Kid in Public Schools

The One Simple Trick Every Parent with Kids in College Must Do!

Keep your Son Away from this Kid’s Show – Watch this instead!

Funny side note – including my non-political posts from when I started blogging, my kids’ show article was Brother Bob’s 666th post! To Hell with Hollywood!

And for something to laugh about as we approach the grim 20th anniversary of 9/11 – the old Taliban Phone Call video. The original that came out afterward was slightly longer and the video was funnier, but this one is still good. When 9/11 happened I was working for a telemarketing company and even the president of our small company cracked up when he saw this.

Good to be back – have a great weekend, everybody!

PowerPoint ’em back to the Stone Age

Trump was impeached over a phone call, but Biden should face no consequences, and is actually heroic for stranding Americans in a medieval Taliban hellhole along with $65 billion of US weapons.