Take Back September 11th and Take Back The Republic 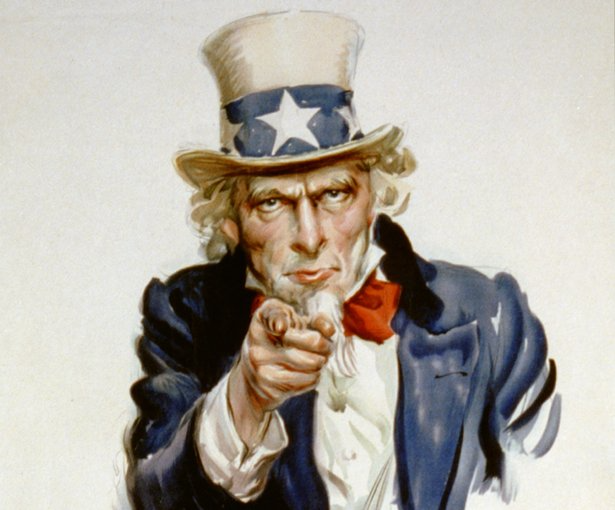 I was not, obviously, alive in 1776 when the United States was born.  I couldn’t be there when the 2nd Continental Congress was writing the Constitution.  I wasn’t part of the Union fighting to free the slaves or the troops who landed on the beaches of Normandy.  Nor was I a fireman running into the towers on September 11 or a soldier in Afghanistan routing out the people responsible for it.  But I’m here now.

There’s no way I’ll be able to accomplish in my life anything on the scale of greatness achieved by those men.  But that doesn’t mean I shouldn’t try.  Just because one can’t aspire to be a saint doesn’t mean that you shouldn’t seek to do good works.

We’re just a couple of weeks away from the 20th anniversary of the September 11 attacks that changed the course of our history.  America in 2021 is seemingly a universe away from America in 2001.  In almost every way, the country is far worse off.  Americans are divided like never before.  The basic notion of the United States as a positive force in the world, a fundamentally good, if flawed, nation is under attack in our schools on our airwaves and tellingly, in our military.  Our borders are nonexistent – unless you’re Cuban – allowing literally millions of people a year to simply walk into our country unfettered. Fundamental tenants of American life, free speech, freedom of religion, private property, and the notion of innocent until proven guilty are evaporating right in front of us.

And then of course there’s Afghanistan.  On the international stage we are watching the real time collapse of American prestige, honor, influence and power.  Joe Biden and his woke cabal have turned a debatable policy of leaving Afghanistan into a military, humanitarian and political disaster of epic proportions.  Somehow, they have figured out how to not only abandon Afghanistan, but do so while providing the Taliban with potentially thousands of American hostages, betraying tens of thousands of Afghans who helped us over the last two decades and provide the enemy with tens of billions of dollars of American military equipment, ammunition and buildings.

In a word, America circa 2021 is in decline.  And the pace of her collapse is quickening.  Things have been coming apart for a while but started in earnest when the media turned on George Bush after the war in Iraq, picked up steam with Barack Obama and the fiction that opposition equaled racism, and came to a head with the hatred of Donald Trump and reached its peak with the theft of the 2020 election.

As a result of all of this, the United States are not so united.  The country is coming apart at the seams and the only way to keep it together is to once again give Americans confidence that their legal votes count, that their voices count and that the man or woman governing the country was legitimately elected.  Citizens who feel like their government is corrupt look for extra legal ways to solve problems, they evade taxes and regulations and eventually establish their own shadow forms of government and coercion. (See Mexico just across the nonexistent border) In the simplest form, a nation where the citizens feel like the government is corrupt will find that those citizens don’t obey laws unless there’s a gun pointed at their heads, and in the case of the United States, with a citizenry built on two centuries of freedom and liberty, that is going to take a lot of guns.

Tens of millions of Americans are asking themselves “What can we do about this?” or “What the hell happened?” or “How the hell can we save this country?”

According to the traditional way things have always been done, nothing.  We could wait for 2022 and 2024 to go back to the polls and think “Maybe we’ll win!”  Don’t count on it.  Should we start a revolution or try to overthrow the government?  Umm… no.  Not only would such an effort be doomed to fail, but that would open a Pandora’s box of chaos from which I doubt we’d emerge as “One nation, under God” or as one nation at all.  But by the same token, by doing nothing America is rapidly becoming a fascist state run by tyrants of the far left.  So can anything be done?  I don’t know, but I’ve got a suggestion.

On the twentieth anniversary of September 11th Americans should take back the date from the terrorists who put it on our calendar.  How? By making September 11 stand for something else.  Make September 11 the day Americans stood up and demanded their country back, stated that they would not accept their nation being stolen under the cover of night, that they would not accept that America has become a third world dictatorship where social media robber barons and corrupt officials manipulate the voting machines and install their leader of choice.  Make September 11, 2021 the modern equivalent of July 4, 1776 and declare that we will not be ruled by unjust leaders with no legitimate right to govern.

How do patriots do that?  By showing up at the doorsteps of their state capitals on September 11th and demanding that their legislatures lend their voices to the fight.  Those voices should demand that states with a margin of victory in the 2020 election below 3% audit those elections and decertify their electors in the event fraud is discovered.  That voice is not a request.  It’s a demand.

Now of course the legislatures could refuse.  And even if they didn’t and made that demand, Congress could – and probably would – simply ignore them. And lastly, even if Congress were on board, the Supreme Court might insert itself into the mix and claim it’s unconstitutional.  We understand all of that, but none of that obviates the necessity of making a stand in the first place.  Remember, the Declaration of Independence was not the opening salvo of the conflict with England.

In 1768 there was the Massachusetts Circular Letter which declared The Townsend Act taxes were unconstitutional because Massachusetts was not represented in Parliament.  In response the British sent troops to restore “order” and the result was the Boston Massacre in 1770.  From there more taxes and more resistance, culminating in the Boston Tea Party in 1773.  This defiance brought about the Coercive Acts which sought to essentially turn Massachusetts into a police state governed by the Crown.  From there the table was set for Lexington and Concord, the Second Continental Congress and eventually the Declaration of Independence.  All along the way the British had opportunities to avert losing what would turn out to be the golden goose, but at each step they failed to do so. Will the states, Congress and the Supreme Court make the same mistake?

The state legislatures, Congress and the Supreme Court may indeed fail the American people once again, but it is up to us to make them understand that we take our Constitution and our democratic Republic very seriously and will no longer let them obscure what happened in 2020.  September 11th 2021 will be the first step in taking back the narrative, from the terrorists who struck at the heart of our nation 20 years ago and the country from the conspirators who struck at the heart of our Republic on the morning of November 4th.

We may not be able to achieve the greatness of George Washington or Abraham Lincoln or the soldiers of D-Day or the men of NYFD, or the men and women who fought so bravely in Afghanistan, but we can certainly plant our flag and say “No more! We’re taking back September 11th and taking back our Republic!”