Trump Plans to Cross the Rubicon 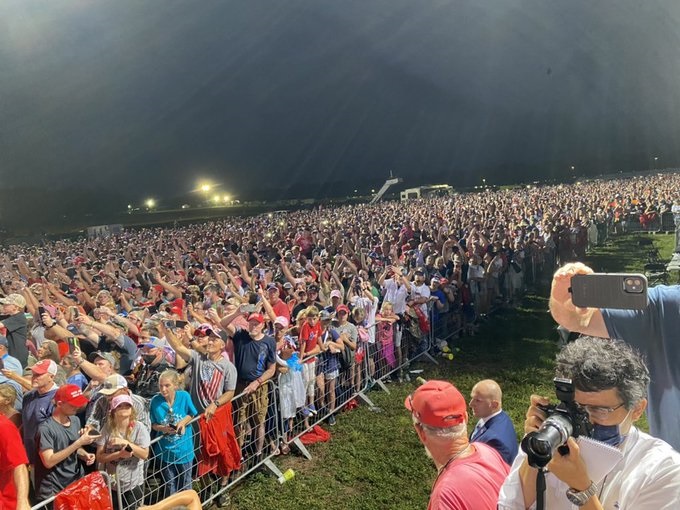 It is apparent to anyone paying attention that Joe Biden is a senile, elderly man who is sadly experiencing debilitating cognitive decline. Joe should be eating pudding and taking naps at the Happy Trails Retirement Home and not running the country. I apologize if that sounds mean. Joe has faithfully served this country for over fifty years and is now being used as a patsy to destroy the same country that his son Beau courageously fought to defend.

Every day, Joe does exactly what he is told by his handlers, reads exactly what is written on the teleprompter, and refuses to take questions because his brain is dark and the answers are obscured and irretrievable. Joe is being played for a fool on the world stage. World leaders are laughing at Biden and mocking America for electing such an incompetent president. That’s harsh. Many people who voted for Biden/Harris, hated Trump with a white-hot passion and wanted to believe that Joe was a quasi, viable alternative.  Wanting doesn’t make it so. The Democratic Party knew that Joe had exceeded his expiration date. Jill knew. Harris knew. Obama knew. Barack warned us to never underestimate Joe’s ability to muck things up, threw Joe under the bus, and then backed Hillary Clinton in 2016. Thanks, boss.

Americans in both parties were duped. Many still believe that the 2020 election was legit. Many in this country actually believe that Biden/Harris garnered 80 million votes. CNN told us, so it must be true. Now we are supposed to believe that the president of the United States with all of the available resources at his disposal could not design a plan to close the southern border. Those refugees are so tricky. Also, why would the president of the United States intentionally abandon Afghanistan, abruptly evacuate our military, and then leave innocent women and children at the mercy of the terrible, savage, Taliban? That doesn’t make any sense. Were our generals confused about warfare? How did a bunch of unorthodox Taliban fighters, riding around in Ford pick-up trucks defeat the best West Point educated generals in the world? How did the Taliban just happen to know when American forces were leaving the country?

Why would the president of the United States intentionally abandon billions of dollars in equipment now in the hands of the Taliban? Nobody noticed that REMOVE BILLION DOLLARS OF SOPHISTICATED MILITARY EQUIPMENT wasn’t crossed off the list? Riddle me this: Can our leaders be that consistently stupid by accident? Me thinketh not.

These terrible, horrible, no-good decisions may have awakened a sleeping giant and filled us with a terrible resolve. Trump held a massive rally in Alabama on Saturday, August 21, 2021.

Hopefully, he will be elected president in 2024. Consider this. The Democrats have so screwed up this magnificent nation that Trump’s election will be celebrated by a massive ticker-tape parade in New York City. Trump knows the identity of all the swamp creatures who hate America. Trump knows all of the wimpy, backstabbing, cowardly generals and admirals who hate America. Trump knows all of the RINOS who betrayed the Republican family and deserve permanent banishment from the kingdom. Ralph Waldo Emerson once famously said, “When you strike at the king you must kill him.”

Democrats tried to eliminate the king, but Trump survived and is now stronger than ever. Trump is a winner who loves God and America. His return to the White House will be triumphant.

Think Caesar crossing the Rubicon River, 10 January 49 BC. The die is cast.