The Conservative Case for Keeping Your Kid in Public Schools 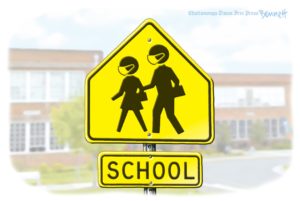 Before we start, let me preface this post by saying that I fully support any parents who take their kids out of the public school system to have them home schooled. What sane adult who doesn’t hate children wouldn’t? I’ve got a front row seat here in The People’s Republic of Northern Virginia where this area has seen:

I’m probably missing a story or two, but you get the idea. Actually, you probably don’t – it’s worse than you think. Alex Newman from Public School’s Exit (PSE) lays out this cheerful outlook:

PSE’s Alex Newman argues trying to work with or getting conservatives elected to school boards is doomed to fail. He cites the experience of Dr. Diane Douglas who served as secretary of education in Arizona from 2015 to 2019. She started with big plans to reverse the pernicious influence of the Left in public schools and ended up despairing she could not appreciably move the needle. She could not remove Common Core, for example. Special interests saw to it her other initiatives were either ignored or reversed. Too many state and federal laws stand in the way of real change. Her bottom line: the public schools can’t be fixed. Dr. Douglas now supports homeschooling and serves on PSE’s advisory board.

“So Brother Bob”, you are surely wonderig at this point, “You’ve successfully argued against the subject of your own post. We all know you love Little Bob enogh to not throw him in an academic meat grinder, so your faithful readers can be left with only one conclusion – you’re obviously no longer restricting your day drinking to football season”. Ah, fair response good reader, and glad you’re paying attention! But since you pay attention you know me well enough yo know I’m going somewhere with this, so let’s jump in the fire, shall we?

We’re going to look at this on five levels: 1) The personal level, 2) The Good German level, 3) The societal level, 4) the future of America level, and 5) The payback level. Shall we begin?

1) I know damned well that Little Bob is going to face a lot of garbage on his way up the education system on his current path. And I’ve already started innoculating him against Radical Leftism. Around the time of the BLM movement (Burn, Loot, Murder or Buying Large Mansions, depending on whenyou joined the conversation), Little Bob mentioned something about “black people needing help”, and instead of taking my usual stance of pushing back on Leftists I simply asked, “Who told you that?” When he responded that it was a friend who was the child of some pretty centrist parents (we’re friends), I said that not all black people need other people’s help, and named a few nonwhite buddies of his and asked if he felt they needed help. They were good kids, and Little Bob admitted they didn’t.

Likewse, whenever we do one of our one month binges of Disney + when Little Bob has a movie he wants to see, I dial up the old 90s X-Men series while I work out, as I know if it’s mildly entertaining, LB will watch whatever I have on the TV. In the middle of one workout, one of the better episodes, Red Dawn, takes place in the early 90s just after the collapse of The Soviet Union. I used the background of Wolverine facing off against Omega Red to give an age appropriate history lesson and introduction to to Communism.

My point is, that while I was imperfect at paying attention to Little Bob’s virtual teaching last year, I caught a few small pieces and addressed them. This is where we win on the personal level. I get that no parent wants their kid to be exposed to some filthy Marxist at any grade, but at this point let’s acknowledge one unavoidable truth: At some point your kid WILL face and have to confront some nasty disciples of Marxism. Better to find and face their early probes & build immunity rather than let their rot take root unopposed, eh?

More importantly, by teaching our kids to resist Marxism early on, we not only prevent the seeds of rotted Mrxist fruit from taking root, we make our kids stronger to help and inspire other kids who may not be as strong as ours. Are you tired of stories of parents who raised their kids properly in loving homes and watched them grow up to become the kind of monsters who shut out their parents from their grandchildren? Back in the day, this was unheard of. That was then, this is now.

2) The Good German level – “The Good German” is a reference to those German citizens during World War II who knew they were supporting a corrupt regime but did nothing to oppose out of fear or feeling unable to make any differene. Likewise, not every member of our education system is corrupt. Some are brave enough to speak up, but not all of them can. Do we simply abandon these few and leave them with classrooms full of Red Diaper Babies?

3) The Societal Level – OK, so we’ve home schooled our kids and successfully gotten them through K-12. Now off to college, and maybe followed by grad school. Unless your young one is enrolled at a place like Hillsdale college, now it’s off to Marxist U, and basically get to be a needle in a haystack of cohorts who’ve spent the last 13 years being thoroughly indoctrinated into The Red Army’s vision. Let’s not forget the professors and administrators who will also be shoving their ideology down your kid’s throat. And for the icing on the cake, let’s say your kid falls in love for the first time with some Marxist guy or girl – looking forward to that first Thanksgiving dinner home from college yet?

4) The Future of America Level – Here is the part where I have to be completely honest and say that I’m not sure my idea is the right one. I think it is, but I’m open to the home schooling argument. Let’s look outward of what happens if the numbers of home schoolers increases – can we achieve enough of a critical mass to make a difference in the long run? Not all families have the ability to home school, and if all of those who are able do so, aren’t we abandoning mostly lower income kids to be an even smaller minority of Normals among the Leftists? With fewer Normals in the classrooms, won’t this become a cascading effect of education becoming even further radicalized without any meaningful resistance? I don’t see Home Schoolers ever being able to become a majority in the country (Not that I’d have a problem with it if it were to happen), and with each passing generation the majority of kids educated through high school and college will be even further radicalized. In 50 years, but comparison to the generation coming up through the system will make Gulag Barbie look like a moderate. Make no mistake, I have no delusions that taking back education is a Herculean task with no guarantees of success. But we’ve been seeing all across the country parents rising up against The Establishment and pushing back. Frankly, I haven’t seen this kind of grass roots energy since the early days of The Tea Party. Yes, I know the Tea Party fizzled out and made some grifters some good pocket money, but this time around we know what to expect and be ready for the eventual pushback when The Establishment feels threatened. Can Home Schooling win the day? Is pushing back the better answer? Damned if I know, but here and now is as good a time as any to have this discussion. And let’s say the Home Schooling starts to do significant damage to public school enrollment. You don’t think that The Radical Left will find ways to force testing involving Common Core math, Critical Race Theory, etc. in order for any graduation to be accredited? It’s not like The Radical Left has the best track record for leaving alone people who just want to live their lives.

5) The Payback Level – As painful as this is to say, the corruption of our education system is probably the biggest accomplishment of The Radical Left in its efforts to destroy America. They may very well have destroyed the schools to the point where reformation is impossible. But at some point, if America is ever going to be America again we will need an educaton system where parents can feel confident that their kids are being taught and not indoctrinated. In the long run this country can’t survive a generation of Gulag Barbies being the heart and soul of our teachers, our military, our legal system, etc.

So why let them enjoy their victory? We’re already seeing school administrators, teachers, and school boards withering under fire. Sure, a number of them are digging in but that’s no reason to not keep attacking. Even better than just challanging the curriculum, why not go farther and start pushing the great point Tucker Carlson made a while back about putting cameras in every classrom? Teachers hate the idea, but so what? I’m not completely convined it’s a good idea, but every minute that the teacher’s unions are spending defending their position is a minute that’s not being spent finding ways to ruin our kids.The radical Left has captured many elements of America, which is the bad news. The good news is now that they can learn that once you take a position, you’re now have to defend if you want to hold on. And maintaining something isn’t as easy as infiltrating and ruining.

In the movie Star Trek: First Contact, Captain Picard was losing a batlle against his nemesis, The Borg, a hive minded species that unthinkingly cares only for absorbing others into their collective, usually by force (Hmmm, sounds familiar). Being told that sacrificing his ship is the only hope he has, Picard snaps, and the one minute sequence that starts here is a great speech where the Captain finds his resolve.

“Not again. The line must be drawn HERE!!! This far no farther. And I will make them pay for what they’ve done!”

30 low-risk children in a classroom: TERRIFYING SAVE US TEACHERS’ UNIONS