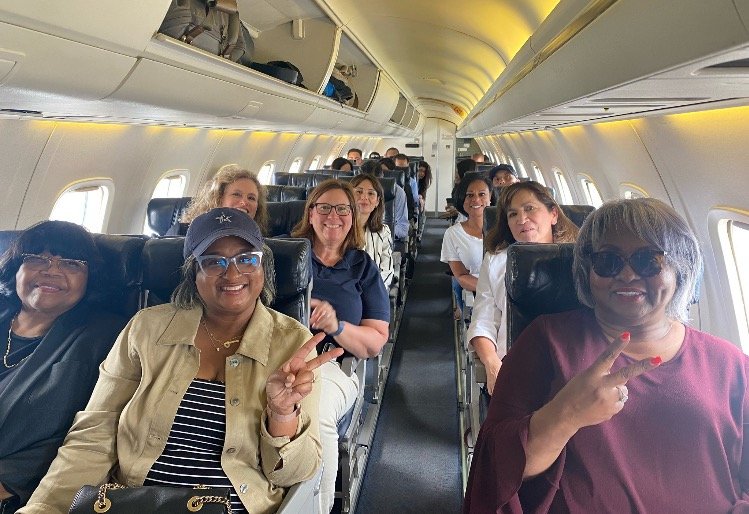 In 1836, James Bowie, William B. Travis, and 183-189 men defended the Alamo in Texas from one determined Mexican general-Antonio Lopez de Santa Anna.  The odds were not favorable for the brave men defending the Alamo against Santa Anna’s 1,800-6,000 attackers.  The outcome was inevitable and 13days after the initial attack, Santa Anna was victorious.  Those Texas defenders were tough and their death became a symbol of historic resistance.

Fast forward 185 years and apparently the sacrifice of those brave men have been forgotten.

Scenario #1: Biden refuses to shut the southern border and invites anyone and everyone to cross into Texas unimpeded.  Transportation for those who illegally invade our country will be provided to Texas towns under the cover of darkness in multiple clandestine operations.

Immigrants may be infected with COVID, POLIO, MALARIA, or a host of other infectious diseases but Joe and his handlers don’t care.  Texas is a red state and must be punished for voting for Trump in 2020.

Apparently, Joe forgot that YOU DON’T MESS WITH TEXAS and 2022 is right around the corner.

Scenario #2: The GOP in Texas planned to tighten the voting laws which included a ban on drive-through and 24-hour voting. Thirty Democratic members of the Texas congress jumped on a plane and fled the state to avoid losing a vote on the house floor.  A picture of those grinning yahoos flying to Washington DC spread across the Internet.  They looked like a bunch of six-year-olds going to Disneyland.  Actually, they reminded me of cowardly lions heading to Emerald City to buy some courage in the gift shop.

The Texas Supreme Court just approved the House-Sergeant-at Arms to take the 52 into custody and deliver them to the House. I would send the Texas Rangers to DC, dress all of the fugitives in orange jumpsuits, shackle them together and drive them slowly back to Texas.  That should permanently wipe those stupid grins off their faces. Just a thought.

Riddle me this:  Why would any patriotic American sell one inch of sacred Texas soil to a Communist country? Seriously? We have now entered a Bizarro World where down is up and up is down.  Good is considered evil and evil is considered good. Rod Serling would call this the Twilight Zone.

Texas is a tough state filled with amazing people.  Ironically, George W. Bush, who used to be president of the United States, resides on a 1,583-acre ranch in Texas called Prairie Chapel.  Unfortunately, he is too busy painting his garage to lift a finger or make a call to help his state.  Three serious scenarios are unfolding in Texas and may have severe repercussions for our entire nation. The eyes of Texas are upon you George and your silence is deafening.

Greg Abbott, the Governor of Texas is doing his best to defend the Alamo but he needs support.  The enemy is at the gates and Texas needs our prayers.