Is it Time to Go Master Blaster on The Radical Left? 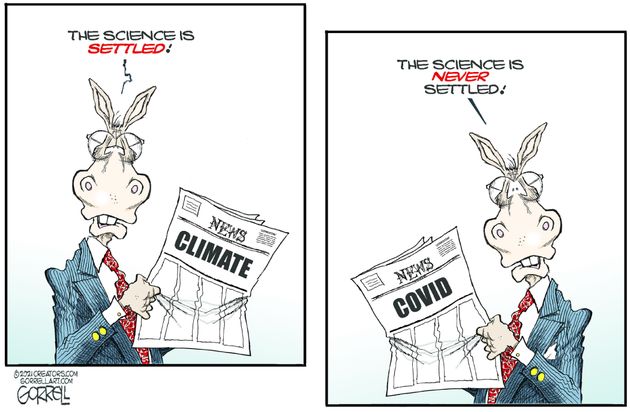 If you’re not familiar with what the title of this post is referencing, back in the 80s Mel Gibson made a third Mad Max movie, often referred to by one word as part of it’s title, “Thunderdome.” While the Thunderdome part and Tina Turner’s performance as the leader of a semi lawless trading post called Bartertown gave the movie character, overall the film fell flat when it’s writers forgot that the story needed an ending. One other memorable piece of the film was a character called “Master Blaster”, the foreman who oversaw Bartertown’s energy production, via methane from pig Schiff. Being a prickly character, Master Blaster would occasionally embargo the energy to Bartertown as a reminder of the power he held.

A few months ago, The North Face (TNF), a left leaning outdoor apparel company, snubbed a requested order by an oil and gas company for reasons. Three months later the Colorodo Oil and Gas Association gave TNF an award for all of the petroleum products that go into their manufacturing process. A few years ago I would have applauded this gesture, but not today. Granted, it was a damned clever move, but we’re in different times. I could drop dozens of stories about Leftist authoritarianism tied to the Climastrology cult, but if you’re reading this you already know plenty of them. The correct gesture today would be for thier oil supplier to immediately end their contract with TNF, and to reach out to other potential suppliers and agree to embargo TNF.

The Radical Left loves the idea of inflicting their horrible ideas on us Normals, but absolutely hates the idea of having the same standards applied to them. There’s a reason the Leftist leading the “Defund Your Police” movement don’t apply it to themselves. Do you think John Kerry, or any other powerful leftist, is going to give up their private , maskless, chartered flights to travel the world to lecture us how we must change our lives? College campuses want law enforcement thrown off? I say give it to them.

A professor at Oxford University had exactly this idea in mind when students demanded divestment from fossil fuel companies. He suggested they divest from using any fossil fuels, and as you can guess the students did not like it. We see plenty of this insanity. The People’s Republic of Takoma Park, MD proposed banning all fossil fuels from their DC area enclave, which I hope they achieve. California brags about how green their energy is, by importing it from other states. A member on Bill Whittle’s site posted a great piece that made the rounds on Facebook called “Greta’s Day”.

Rael Jean Isaac over at The American Spectator had some good advice – have fun mocking Climastrology:

And how about reviving the chronicle of Climategate, which almost wiped out faith in the apocalypse before the media buried the scandal? In 2009, a hacker downloaded candid emails among top climate scientists in England and the United States that bemoaned recalcitrant data, described the “tricks” (their term) used to coax the data, reported efforts to keep the views of dissenters out of reputable journals and UN reports, and boasted of deletion of data to make it unavailable to other researchers. “If science is on your side, why do you need to make it up?” would make a good bumper sticker or t-shirt slogan.

This is good and should be incorporated in our fight against this cult, but we’re beyond fun and games. When a rogue activist judge shuts down a gas pipeline by decree, why can’t Washingtotn gas shut down the pipeline leading into Judge Boasburg’s home? Ace raised the great point asking what wuld happen if Deplorables started de-platforming Leftists from their skilled trade services? Read the post – it’s actually a pretty good & practical idea. Of course, we’re held to a double standard by The Radical Left, but in general The Radical Left needs what the Normals produce more than we need them.

If you’re having any doubts as to whether or not The Radical Left deserves this, check this excerpt from a piece in The Washington Compost (apologies for linking ot that rag) on a new practice called “Greentrolling”:

“Most days, when Mary Heglar wakes up, the first thing she does is reach for her phone in search of a fight.
Armed with her Twitter handle and “deep reserves of anger,” the 37-year-old climate essayist and podcaster haunts the feeds of fossil fuel companies, harnessing memes and the native language of the Internet to engage her particular brand of climate activism against the flow of misinformation in the digital ether.”

Doesn’t this just sound like the kind of person you’d like to have a beer with on a Friday night? I can just envision her 14 cats meowing furiously for their breakfast & it falling on deaf ears. And maybe cutting off someone’s coal fired energy might just be what the doctor ordered!

let's have a pilot program where those who think banning fossil fuels is a keen idea get to go without them. #fossilfuel #rocks