Biden is incapable of being President. Even the foreign press knows 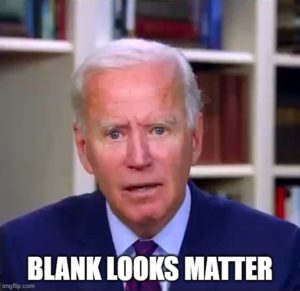 China has conducted a hostile takeover of the UK’s largest microchip company.

A state-backed Communist Chinese firm has conducted a hostile takeover of the UK’s largest microchip factory, raising concerns about Beijing’s growing control of the market during a global chip shortage. On Monday, Dutch semiconductor manufacturer Nexperia, which is controlled by the China-owned electronics firm Wingtech, took 100 per cent control of the Newport Wafer Fab’s factory in South Wales after using a contractural clause to seize the company.

There is currently a worldwide microchip shortage. Seventy percent of microchips are manufactured in Taiwan. China has signaled its intent to take over Taiwan as it did Hong Kong, which would give China a virtual monopoly on the world supply of microchips for a period of time.

To deal with that, among other real problems, we have President who is significantly impaired cognitively. Worse, the left wing DNC Media is in complete denial.

The other day Biden was asked a pretty simply question about a very serious issue- Russians hacking US corporations and demanding ransom. It did not go well. He had to pull out note cards to explain his position and actions.

The President of the United States could not answer a question about Russia without cue cards. Watch this speech to new citizens

Biden has an inspiring message for newly sworn citizens: pic.twitter.com/LvJ9WOsl1g

Joe Biden is incapable of being President. He needs note cards to respond to the simplest and most important questions. Without his cue cards he would be helpless.
Most Americans, this one included, don’t believe Biden is in command. The foreign press has noticed.

“If Putin sees this footage, and I’m sure he will, what will he conclude about the guy leading the world’s biggest superpower?” Bolt asked Michael Costa, the former treasurer of New South Wales and a member of the Labor Party.

“I believe he realizes he isn’t leading the superpower,” replied Costa. “We can rest assured that the American political establishment has some degree of control over policy; I don’t think Joe Biden does.”

“Many of you wrote to me about Joe Biden,” said host Alan Jones, who played more footage of Biden’s confusion. “Suddenly, the world’s greatest power is in the hands of a slightly dazed bloke who looks like he’s always waking up from heavy anesthesia,”

Things are not likely to change though and be careful what you wish for. The VP is so far over her head it’s not funny. Harris is utterly incompetent. She refused to go to the border when the oversight job was given to her. Not only did she not go to where the real crisis is, she never actually got to the border. She spent more time at the airport than at the vicinity of the border.
She was and is nowhere near ready to to be VP, let alone POTUS. I don’t think she has the intellect to be President.
Putin knows this. Xi knows this. The press knows it but is lying to the country. If we were to come under attack, who would be giving Biden the cue cards?
DrJohn