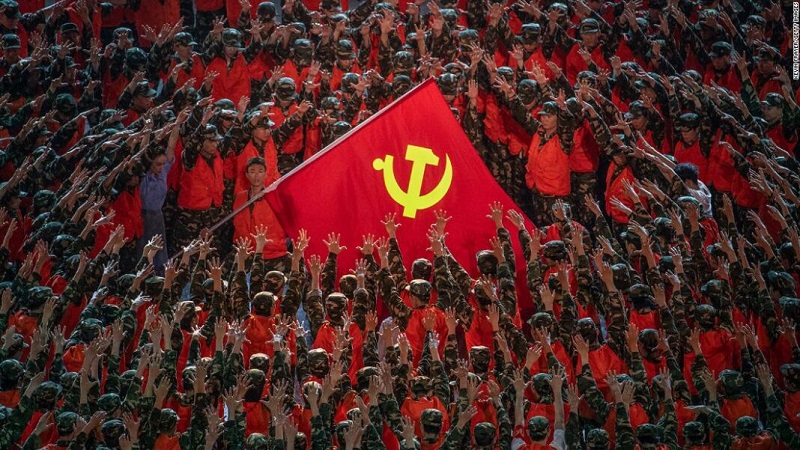 On this Independence Day 2021, I reflect on the America I love so much and how it looks very different from the one I knew as a child in the 80s and 90s. How, once upon a time, we celebrated our nationalism and patriotism, and today, there is a very vocal minority that resents the USA. I believe if they knew the realities behind China, they may rethink their position. As an American of Chinese ancestry and a community organizer on the ground, I felt an important need to discuss this topic.

Perhaps one of the most bizarre news stories of yesteryear was when Chinese spy Fang Fang was revealed to be a purposeful spy with handlers from the Chinese government. Based in the San Francisco Bay Area, she targeted up and coming local politicians and even engaged in romantic trysts with at least two Midwestern mayors. She was heavily involved with Congressman Eric Swalwell (D-CA), who eventually became a candidate for President in 2020.

As a community organizer in San Gabriel Valley and Orange County, two heavily Asian populated areas, many of whom are Chinese, I frankly was not surprised by this. For years, I have dealt with what I thought were honest moms and dads, who turned out to be deeply involved with the Chinese Communist Party (CCP).  Thank goodness I have strict boundaries on the board of my organization, where we have vetted our leadership team very carefully, and I have been able to identify irregularities before getting too close to certain members or board members.

I had already been sounding the alarm with well funded candidates who were running for higher office, bankrolled by boatloads of cash. Donations to these campaigns were mostly from shell corporations that did not seem to have any real roots in our local communities, or more sloppily, self funded campaigns where the candidates couldn’t even tell me how they made their wealth.

My great-grandmother escaped from a boat with her two young kids in tow, to leave an increasingly oppressive Chinese communist government and settled in the Philippines, in pursuit of freedom and to simply be left alone by an authoritarian government that was intent on thought control and burning books. So preventing communism’s spread is big on my priority list.

The oldest Chinese organization in the USA, the Chinese Consolidated Benevolent Association (CCBA) in San Francisco, once a warrior against Communism, has quickly forgotten its roots. It’s been several years since they took down the Republic of China flag (Taiwan) and replaced it with the official CCP government flag.

This highlights a lot of what I have been seeing on the ground. There was once a time when you could easily be wary of the mainland Chinese and “broad stroke” assumptions that there were CCP ties there and that the Taiwanese were freedom fighters. Not so easy anymore. We actually have a lot of those with Taiwanese descent in the pocket of the CCP, down to certain Taiwanese American candidates who were heavily funded by CCP money to get elected to local city council, knowing they are easily bought off and can be valuable informants.

Some of these are even well-educated Taiwanese who know better and were old enough to remember World War 2 and the Communists. Their desire for a “One China” movement has overcome the objective reality in front of them. The old wish for “One China” was to continue the momentum of President Nixon’s work, which laid the foundation for the injection of capitalism under Deng Xiaoping in the 80s, where China and the US worked together under the US terms, under the terms of freedom and to push China more towards democracy.  Now the One China movement is their “manifest destiny” to achieve what the Japanese could not in World War II.

Sadly, capitalism has now become a powerful tool for the Communists and authoritarians. From various human rights atrocities ramping up in recent decades, to mass infanticide of female babies in China, the US has slowly turned a blind eye to what was once a rallying cry for so many Americans of both sides of the aisle: save human lives and fight back against human rights atrocities. The sentiment that caused so many of us to be moved by the events at Tiananmen Square has been degraded by rewriting of history or erasing it.

Now, CCP captive Chinese corporations have bought off much of America media and local Chinese American publications praising China, such as World Journal and many other outlets geared towards first generation immigrants, is in lock step with syndicated American news outlets, all repeating the same mantra. It was around 2012 that the media buyout quickly turned the switch off on anything negative on China.

The Chinese capitalized on an increasingly affluent-ridden Chinese and American youth population, swimming in material riches, to create #firstworldproblems and rallied two radically different countries’ populations to be one and the same on Tik Tok: overly focused on feelings and identity politics. This has even afflicted older generations, where one of my former board members threw out his conservative principles to support Andrew Yang, simply because he is Asian. I would never support a candidate based on race. But this identity politics is what ultimately turned sentiment against President Trump, who for the first time, took China to task and sought to even the scales through tariffs, after years of unchecked economic advantage to China, at our expense.

Our local politicians, even our Chinese American ones, have forgotten what freedom means. Suddenly, underground political campaign contributions from shady foreign sources are now the norm.  Many are not citizens, and it’s now a standard practice.  Curiously, Congresswoman Judy Chu, representing the San Gabriel Valley, one of the largest Chinese populations in the United States, was neither a sponsor nor co-sponsor of the Human Rights and Democracy Act of 2019 nor of any other similar bills introduced. These bills send a strong message to China that the United States supports the Hong Kong people from CCP violations of systematic human rights and CCP infringement on freedom and democracy.

Betty Tom Chu, mayor of Monterey Park (2003 – 2012) noted that the CCP made a very strong effort to infiltrate on a local level. She says, “Not only did the CCP supporters join as leaders and organizers of events in Monterey Park and the San Gabriel Valley area, but we had an alleged CCP spy living amongst us, Katrina Leung, who was indicted for providing the Chinese Communist government with information and documents on nuclear, military and political issues.”

I also encourage people to read the book, “Stealth War: How China Took Over While America’s Elite Slept” written by General Robert Spalding. He goes into detail about how China took over many of our major institutions with specific examples in big tech, especially during the Obama administration, and now it’s back to business as usual with the Biden administration. No matter what your feelings are about President Trump, his 4-year presidency should give you an indication of how China reacted to the USA simply balancing the scales and keeping them in check.