Oh Beautiful, For Racist Skies… Forever We Are Doomed… 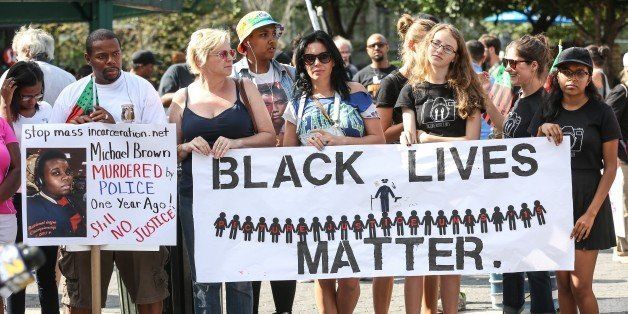 America’s racist!!! One would think, if America is to be considered a racist country, we’d want to know the definition of the word. And who better to get that definition from but a giant of the anti-racist movement, Ibram X. Kendi, the author of How to Be an Antiracist. Here’s Mr. Kendi’s definition of racism: “I would define it as a collection of racist policies that lead to racial inequity that are substantiated by racist ideas…” Apparently Dr. Kendi missed that day in kindergarten where the teacher said “You cannot use the word you’re trying to define in the definition of that same word.”

In an effort to help Mr. Kendi and others understand the words they’re using, below is a slightly more coherent definition of racism:

Racist: One who believes that one “race” (in this context, members of the human race differentiated by the color of their skin) is genetically superior to another. Often the holder of this opinion believes themselves to be amongst the superior race. (For a bit more on this, click here to read my first ever blogpost: Racism: America’s Original Sin.)

The point of the above is that if one seeks to use a word to describe something, it helps to use the language properly, something Mr. Kendi apparently has trouble doing.

America is racist! That statement is fundamentally illogical. A country cannot be racist. It can be landlocked, beautiful or on the equator, but it can’t be racist. Its people can be, however. Indeed, Americans can be racist, and no doubt there are some amongst us who are. But how many Americans actually are racists? It’s impossible to know, but we do know that there are whites who are racists and believe in white superiority, just as there are blacks who are racists and believe in black superiority. But in the context of the “America is racist” trope, it’s only the white racists who count. So how many are there? Are they increasing in numbers?

It’s hard to tell, but to the degree that Americans are part of the KKK, which is historically a group that counts racist anti-black ideas as one of its bedrock principles, perhaps not quite as many as the left would like us to think.

In the 1920s at its apogee, the KKK had anywhere from 3 to 8 million members. At the time, the American population was approximately 110 million. That would mean that somewhere in the ballpark of 5% of the American population would have been members of the Klan. Included in that group were doctors, lawyers, politicians and even a future Supreme Court Justice.

Today however, the number of Americans who are part of the Klan is estimated to be between 3,000 and 5,000. With our larger population, that works out to be .000015% of our population as members of the Klan. Were the number 5% as in 1920 there would be 15 million Klan members in the US today. But there’s not. In fact, there’s been a reduction of 99.99% of members of the premier racist organization in American history.

It’s certain that none of these measures is a perfect correlation with the number of racist white people in the United States, but it’s clear that if white Americans were the racist bigots Democrats keep suggesting they are, proof of that would likely show up in one of these datasets. But they don’t.

Nonetheless, we’re told by Democrats, BLM, Antifa and college professors like Dr. Kendi that America is a racist country. What they really mean is that white Americans are racists, and that they have built a systemically racist nation in which black Americans are subjugated and lack opportunities.

Clearly the former is simply not accurate, nor is the latter. If America was a nation of racism incarnate we’d likely not have had a black president, we’d likely not pour billions of dollars a year into the pockets of black entertainers nor put them on the pedestals or jerseys or wall posters. It’s unlikely that 8% of American millionaires would be black nor that the last two federal holidays created would have been centered on black history.

If you’d really like to know what is going on, Google “How many racists are there in the United States”. It’s unlikely you’ll get an even a remotely accurate answer – or logical attempt to come up with one – within the first half dozen pages. What you will get however are countless studies and articles and statistics demonstrating that America is “systemically racist”, rife with “structural racism”, that race relations are getting worse and polls proving that Donald Trump caused a rise in “white nationalism” and “hate groups”. Virtually everything you find will be support for the left’s lie that America is a racist country: disparity, unequal, disadvantage, etc.

Despite the dearth of data demonstrating that America is made up of actual racists, and indeed extraordinary proof to the contrary, the left persists. The President of the United States stated that white supremacists are the “most lethal threat” to the country, the Attorney General claims white supremacists are the biggest domestic terror threat and the Pentagon is teaching soldiers about Critical Race Theory. This is the equivalent of standing in the middle of a desert and pretending you’re drowning. You’re not, and engaging your fellow lost souls to fight that battle will only make them more vulnerable to real threats like scorpions, snakes and dying of thirst. By proffering the fiction that America is racist Kendi, the Democrats and their comrades are leading the country into an inferno from which escape, in one piece and as one people, is highly unlikely.