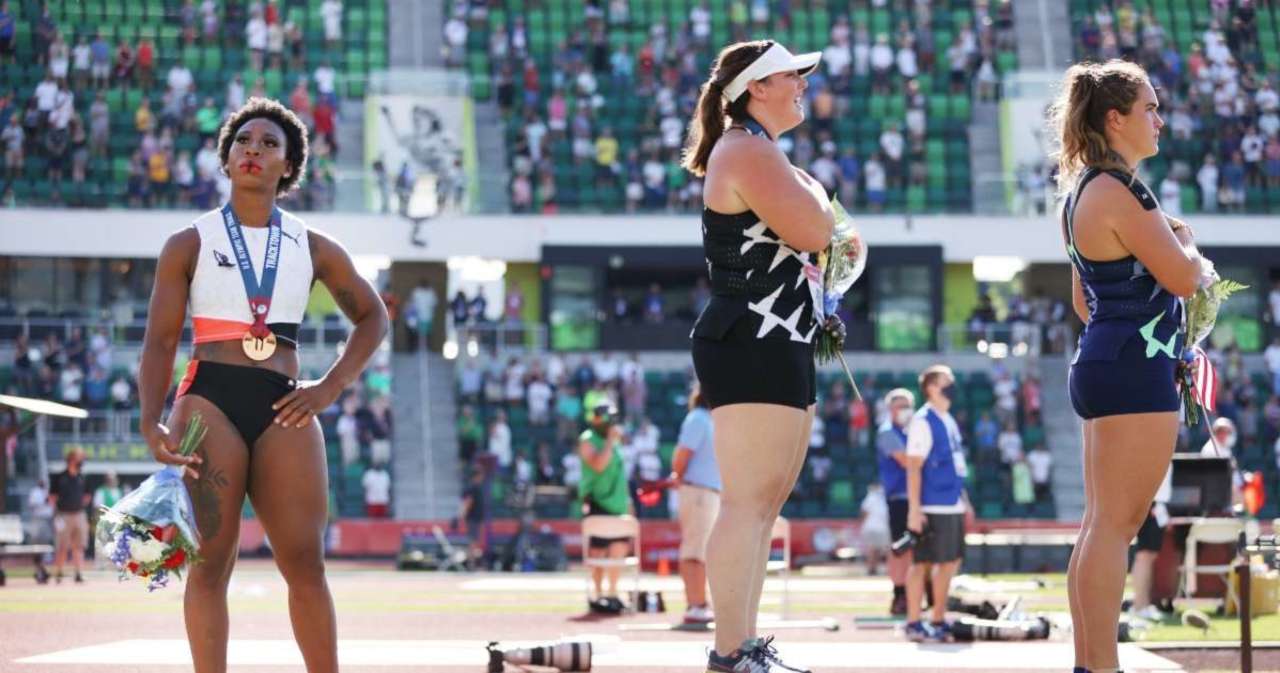 Gwen Berry is (unfortunately) a member of the US Hammer Throwing team participating in the Olympic trials. While she was standing on the podium after receiving the Bronze medal, this happened.

On Saturday, the song happened to start while outspoken activist Gwen Berry was standing on the podium after receiving her bronze medal in the hammer throw. While the music played, Berry placed her left hand on her hip and shuffled her feet. She took a quarter turn, so she was facing the stands, not the flag. Toward the end, she plucked up her black T-shirt with the words “Activist Athlete” emblazoned on the front, and draped it over her head.

The song was the US National Anthem. It was played at the same time every night. Despite that Berry decided she was set up:

“I feel like it was a set-up, and they did it on purpose,” Berry said of the timing of the anthem. “I was pissed, to be honest.”

Pissed? At what? The Anthem was played at the same time every night but on this night she chose to make it about herself. Her excuses make no sense whatsoever.

“I never said that I didn’t want to go to the Olympic Games. That’s why I competed and got third and made the team,” Berry told CNN affiliate Black News Channel on Monday.

“I never said that I hated the country, never said that. All I said was I respect my people enough to not stand or acknowledge something that disrespects them. I love my people point blank, period.”

That flag represents her country and yes, she does hate her country. She’s standing on an Olympic podium. If she wanted respect, this was hardly the way to go about it. All she’s done is create resentment. She leaves the impression of being ungrateful.

Calls for her removal from the team have come but are unlikely to see success.

What other countries’ athletes are so eager and able to freely protest the land that gave them the opportunity to achieve what she has achieved?

Prior to this petulance I would have been happy for her success whatever that might have been. She would have had my respect. Now I have no feelings about it at all and have little inclination to tune in to her performance.

At this point, any win is a still a loss.