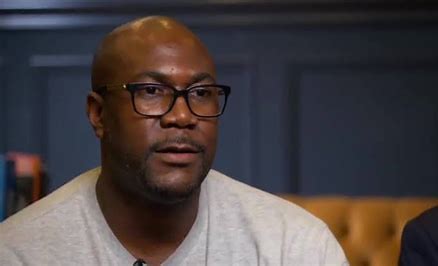 It cost one woman her life.

Five years ago a student at the University of Houston was suspended for 50 days for uttering it to satisfy the bloodlust of several groups:

Her belief that every life matters set off a firestorm of controversy among students – including the Black Student Union. They were among several predominantly African-American groups who demanded that Ms. Sethi be punished for exercising her First Amendment rights. “For her to say on her social media ‘forget black lives matter,’ it’s almost as if to say if all of us were to die tomorrow, she wouldn’t care,” BSU president Kadidja Kone told the Washington Post. “Just for her to say, ‘forget Black Lives Matter,’ is a punch in the stomach, student Nala Hughes told ABC 13 News in Houston.

“All Lives Matter… Every Single One!” the 60-year-old Napear tweeted Sunday after former Kings star Demarcus Cousins asked the KHTK radio host for his view on the Black Lives Matter movement.

He was ridiculed by several players

“Lol as expected,” Cousins replied. “Demarcus we know and have known who grant is,” tweeted Webber, who also played for the Kings. “The team knows as well. I’ve told them many times. They’ve seen it. They know who he is.” Webber added two clown emojis.

Cisco employees were fired for saying All Lives Matter.

Jessica Doty Whitaker was shot and killed for saying All Lives Matter.

The groups then fist bumped and walked away from each other. However, minutes later Ramirez claims the killer opened fire from a nearby bridge and ran away. “It was squashed and they went up the hill and left we thought, but they were sitting on St. Clair waiting for us to come under the bridge and that’s when she got shot,” said the victim’s fiancé Jose Ramirez. Jose admits he returned fire, but didn’t hit anyone. He says explaining to Jessica’s son Greyson that he’ll never see his mom again has been the hardest part for the family.

Her death was promptly celebrated by Black Lives Matter supporters:

“Black lives matter – the rest of you are next,” added another individual.

“PARTY FOR SAFER COMMUNITIES,” remarked another, along with a gif of Carlton from Fresh Prince of Bel Air dancing.

“Maybe she should have thought about her son before she opened her racist fucking mouth,” said another.

“All Lives Matter” is a racist dog whistle, you see.

When said by allies — supportive people outside of the racial group — “Black Lives Matter” acknowledges that Black lives do indeed matter, and says we stand in solidarity with members of Black and indigenous communities both locally, and globally.

So, “all lives matter” can be understood as a racist dog whistle — a direct push-back against the Black Lives Matter movement. It is far from an innocent term celebrating the worth of all humanity.

I’ll wait. Meanwhile, good on Philonise Floyd. He just kicked the chair out from under a lot of self -righteous morons.  I agree with him.

“So, “all lives matter” can be understood as a racist dog whistle — a direct push-back against the Black Lives Matter movement. ”

Today the ONLY lives which matter – Black, White, Brown, Yellow – are the ones which advance the narrative.